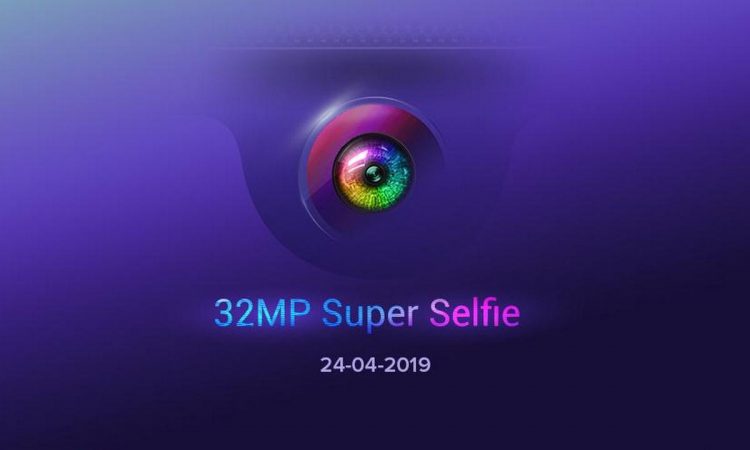 After keeping the rumor mill abuzz for last few days, Xiaomi has finally launched the Redmi Y3 smartphone in India today along with the Redmi 7, which was already launched in China last month. However, the Redmi Y3 has made its debut first in India.

The Redmi Y3 is the successor to the Redmi Y2 launched last year. As was teased earlier, the Redmi Y3 is both sturdy enough and selfie-centric. The smartphone is protected by Corning Gorilla Glass 5 and is armed with a 32MP selfie camera fitted in a dot notch.On the other hand, the Redmi 7 is significantly ratcheted up from its predecessor, the Redmi 6, in all respects. 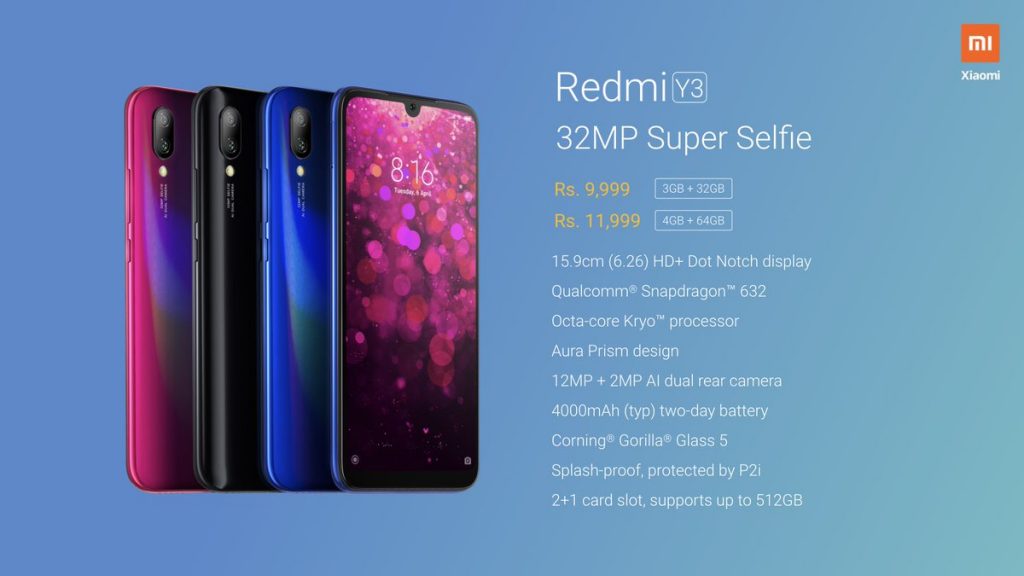 However, both the Redmi Y3 and Redmi 7 come with a plethora of similarities which include 6.26-inch HD+ IPS LCD dot-notch display with 19:9 aspect ratio and Corning Gorilla Glass 5 protection.

For the optics, both the phones mount AI-enabled dual cameras at the back, consisting of a 12MP primary sensor and a 2MP depth of field sensor. Nevertheless, the major deviation lies in the selfie camera department as the Redmi Y3 sports a whopping 32MP selfie shooter as compared to the 8MP selfie shooter present in the Redmi 7. Also, the selfie camera of Redmi Y3 is the exclusive recipient of Auto HDR mode and electronic image stabilization (EIS).

Again, both the Redmi Y3 and Redmi 7 boot Android 9 Pie atop MIUI 10 layer on the software side of things, while both are stacked with the same-size 4,000mAh adaptive battery for longer usage. A rear-mounted fingerprint scanner, 3.5mm audio jack, and IR blaster also find a place on both the devices. Needless to say, they also include the same connectivity options such as 4G VoLTE, Wi-Fi, Bluetooth, GPS, and 2+1 SIM slots. 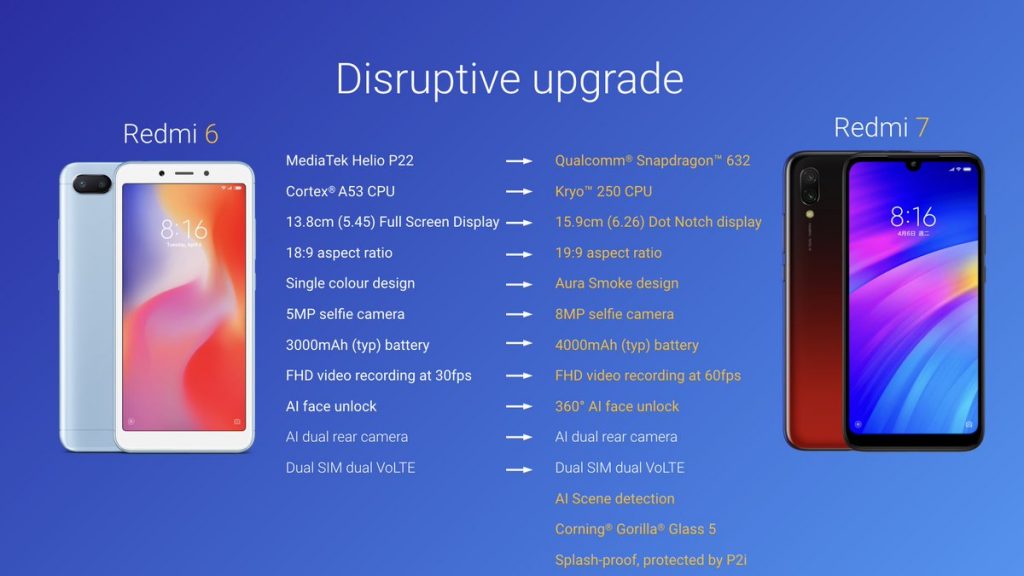 The pair of smartphones feature same design language, yet they differ in terms of rear design. The Redmi Y3 looks more premium with Aura Prism design for more dynamic reflection effect, whereas, the Redmi 7 comes with Aura Smoke design ensuring normal gradient back with a matte finish.

While the Redmi Y3 will go on sale on April 30 the Redmi 7 will be available beginning April 29 via Amazon India, Mi.com and offline stores. Both the smartphones will drop in Black, Blue, and Red color options.