Xiaomi Mi Mix 2 review: Performance and style fused in one 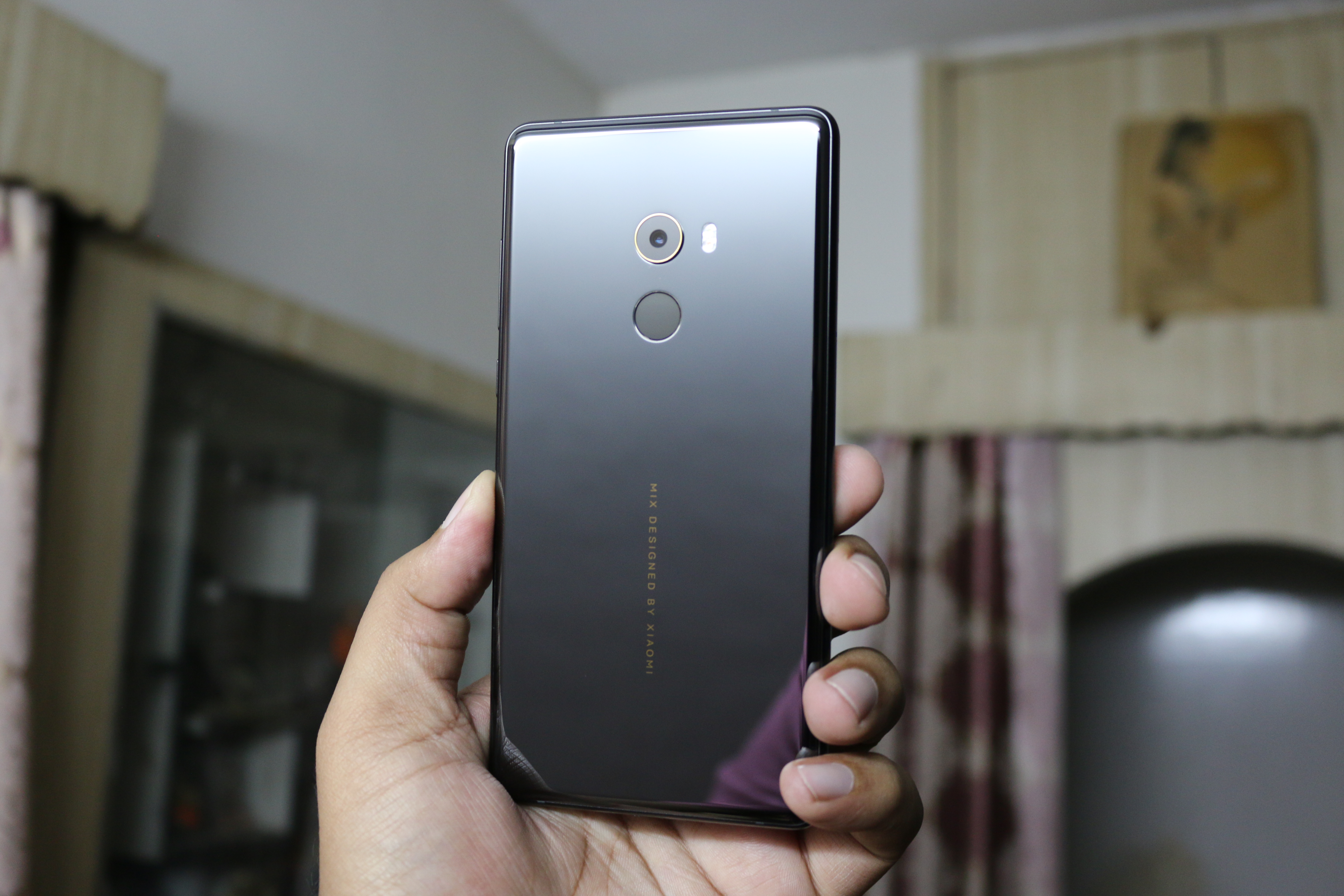 Xiaomi came up with one of the hottest smartphones of last year in the form of Mi Mix. But back then it was just considered as a concept smartphone. And one year down the line we now have a fully optimised successor of the phone dubbed as the Mi Mix 2 priced at Rs 35,999. Entering the market obsessed with thinner bezels and powerful processors, will it be easy for the latest entrant to make a name for itself? Let’s find out.

The design of the smartphone is its USP. Boasting minimal bezels with a 91.3% screen-to-body ratio and ceramic construction making it stand out in terms of design. Not many smartphones out there have a ceramic built which is one of the toughest substance, making the device a bit slippery but scratch-resistant to a great extent.

On the rear panel, Xiaomi has tucked in a gold-plated ring around the camera sensor adding some glitter to the overall design. If you thought that the Samsung Galaxy S8 is the best-looking smartphone available, think twice. 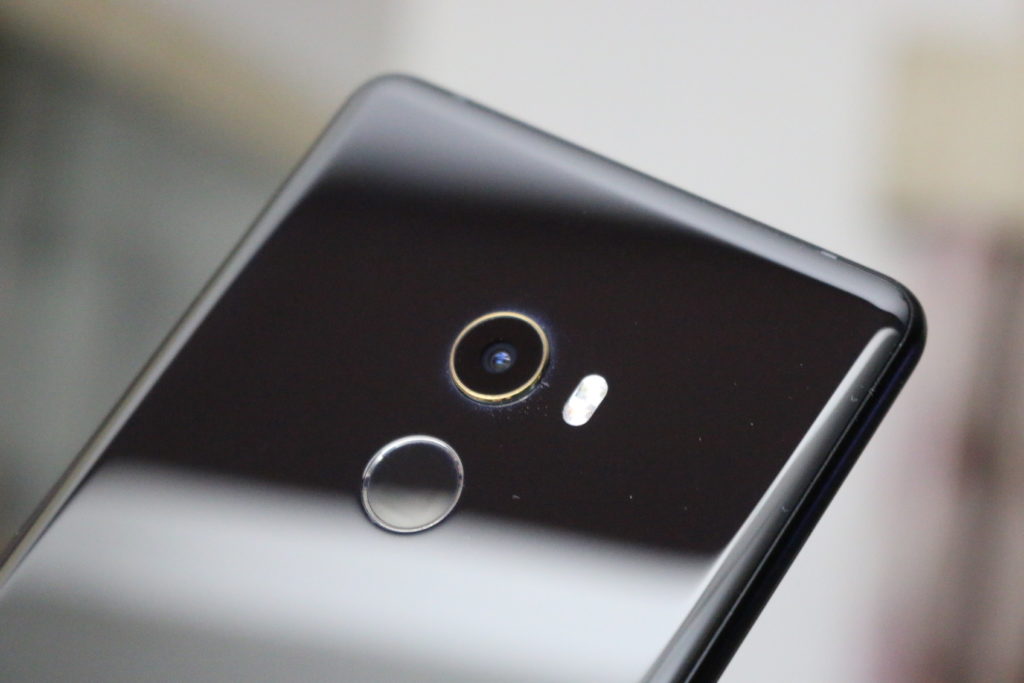 The smartphone flaunts 5.99-inch IPS display with 2160 x 1080 pixel resolution and offers good levels of brightness masking the reflective nature of the glass. The screen offers rich and vivid colors, and the saturation is also decent. However, the company could have offered a better resolution considering the Galaxy S8 packs 2960 x 1440 pixel resolution. But then even Samsung devices natively run on FHD resolution. 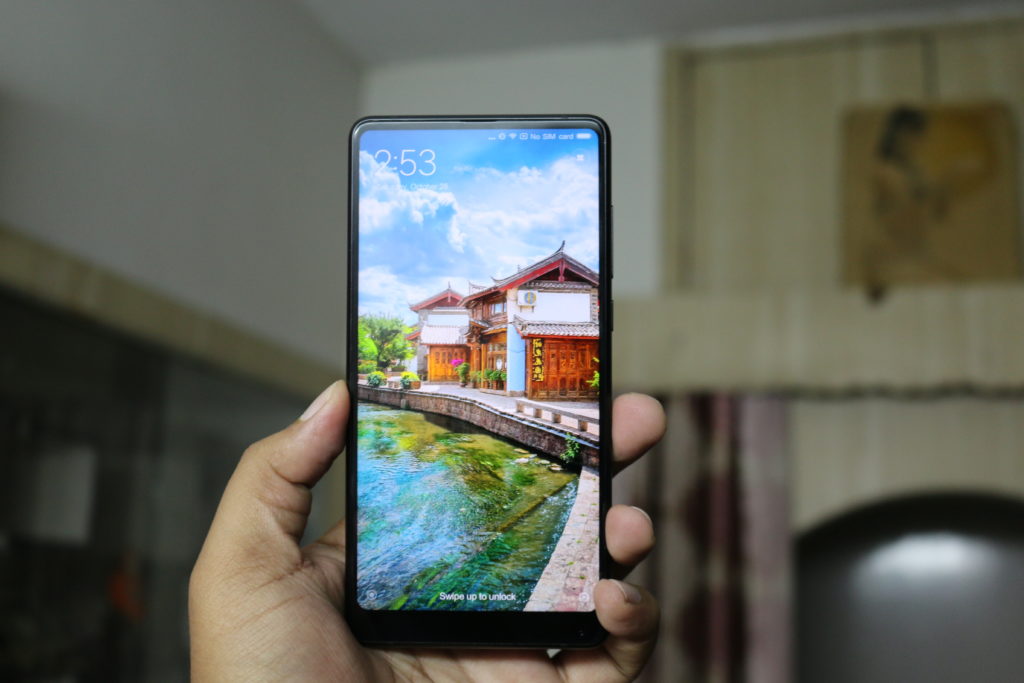 The display surely something you would love on the Mi Mix and could flaunt in public, but getting up and down the display will still require hand exercise. The sunlight legibility of the smartphone is also impressive. Also, users can change the color profile to the reading mode that lowers the blue light during dusk hours. 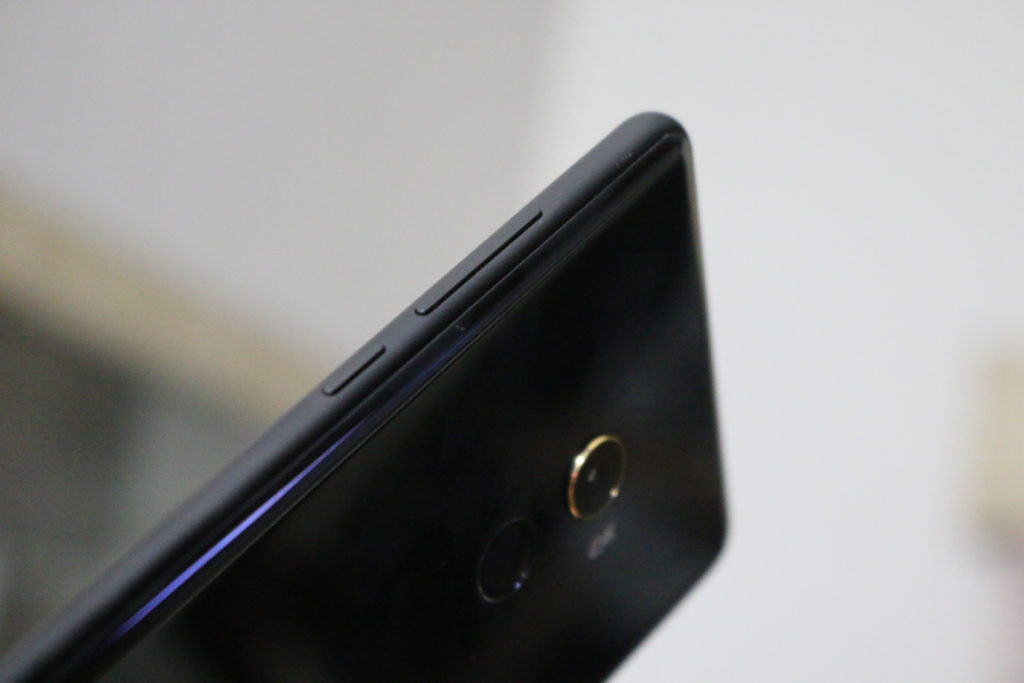 Overall, Mi Mix 2 is probably the best looking smartphone available in the market. Watching videos, reading text or playing games on Mi Mix 2 display is a delight and a great experience.

Pictures taken during the daytime are really impressive, but there’s a small amount of noise when there is an inconsistent ambient lighting condition, which is probably a minor software issue. In the front, you get a 5MP camera with a f/2.0 aperture, which does a decent job of taking selfies and video calls. 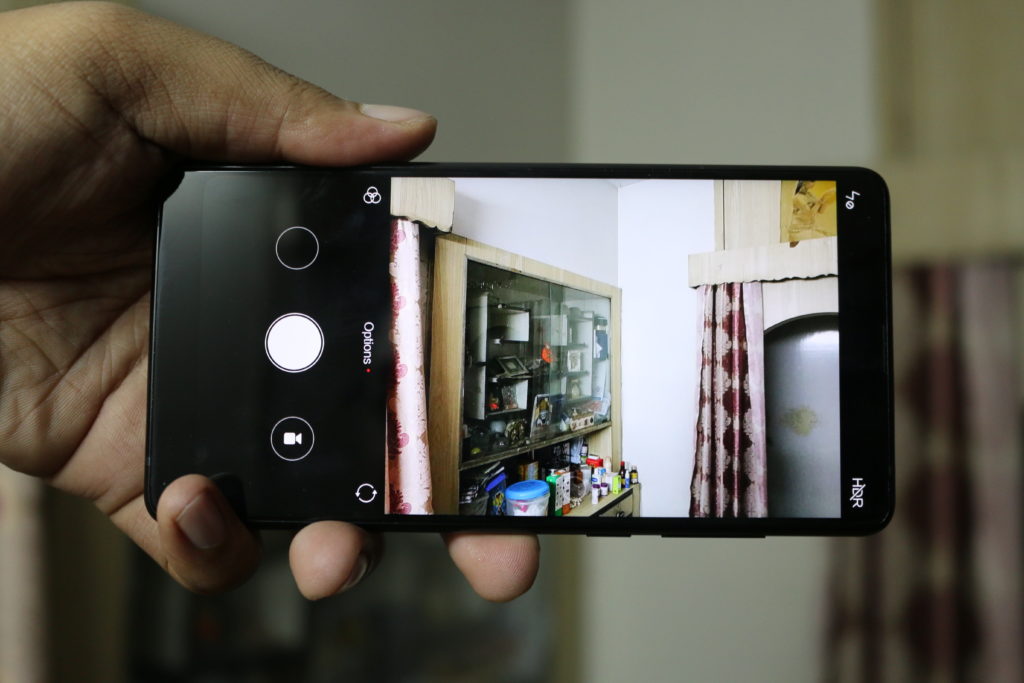 Overall the Mi Mix 2 qualifies as a decent performer when it comes to capturing moments.

The smartphone Qualcomm Snapdragon 835 processor coupled with 6GB of RAM which brings smooth and fluid mobile experience, even if you run dozens of apps in the background. The device doesn’t show signs of overheating, during gaming sessions as well. It also supports 43 mobile network bands globally, the most in a phone. 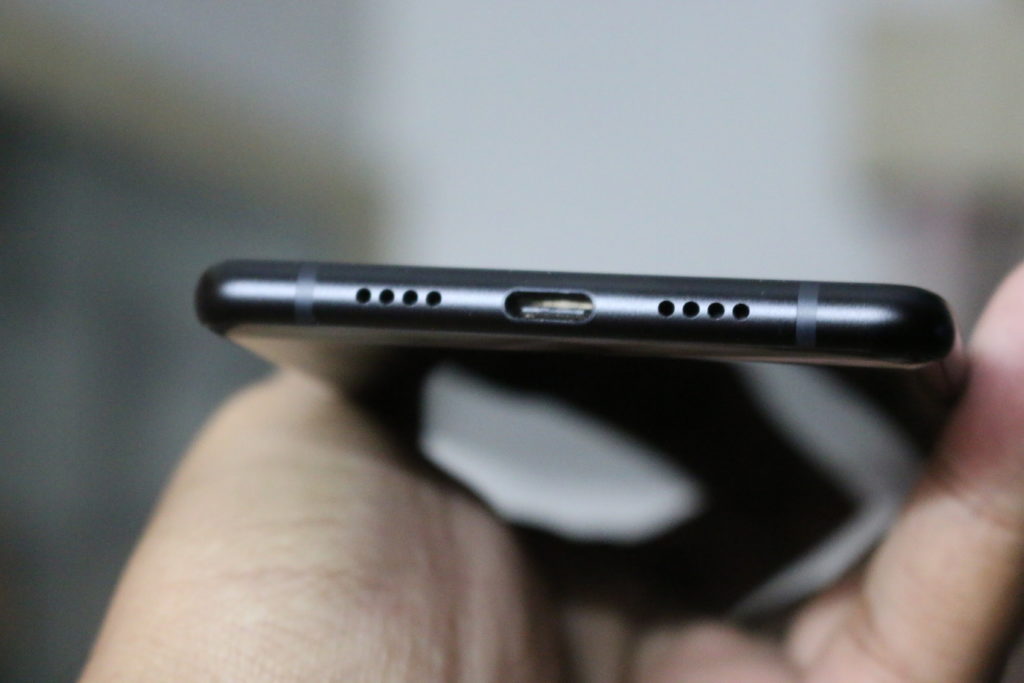 The Mi Mix 2 runs on latest version of MIUI 9 wrapped under Android 7.1.2 Nougat. The new UI brings many new additions to the table but the user-facing features are limited to Chinese ROM.

When it comes to performance, the smartphone will not disappoint you. Gaming is fun on the Mi Mix 2 since it is capable of running most graphics-intensive 3D games flawlessly. The smartphone is juiced by a 3400mAh which can keep your phone alive for a day, which is impressive if you are a heavy user. 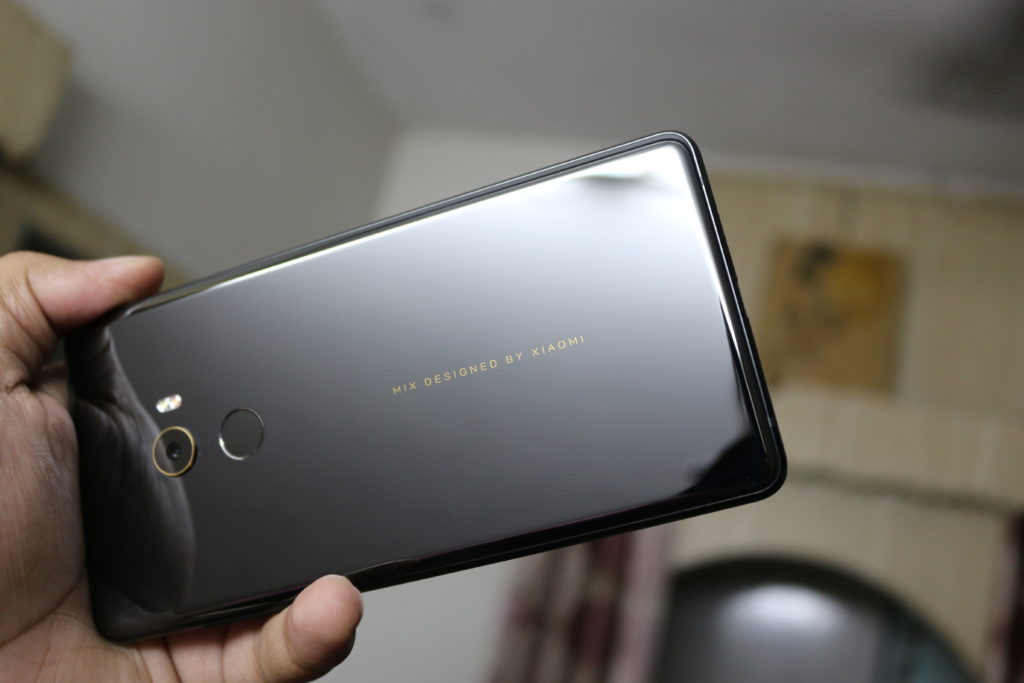 The Mi Mix 2 is by far Xiaomi’s most good looking flagship, and the best part is that it isn’t just about beauty. The device performs equally well as the OnePlus 5, but you’ll have to shell out an extra some for that exceptional design.

The smartphone could be your next primary smartphone if you are looking for a good design, great display, and top-of-the-line performance. You will surely find many alternatives to the Mi Mix 2 in the market, but this bad boy has something that you won’t find in other flagship smartphones.