Xiaomi has confirmed that the arrival of Mi Max successor, the ‘Mi Max 2’, on 25th of May, 2017. The Mi Max 2 will initially launch and retail in China and the pricing and availability details will be revealed at the time of launch. 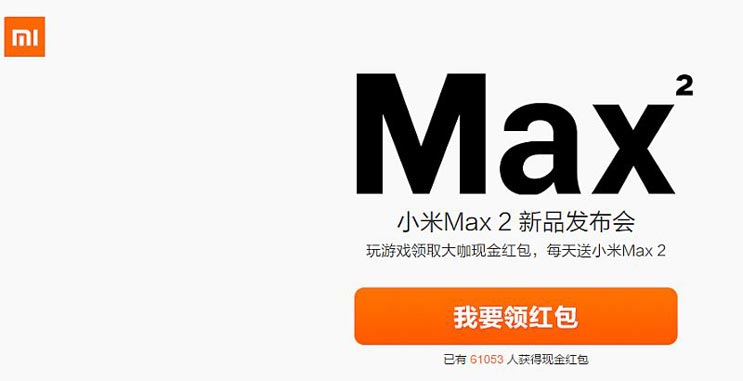 Some of the specifications, however, have been revealed. The Mi Max 2 is fitted with a display bigger than 6.0-inch in size and houses a proportional 5000mAh battery. It will come in two storage variants. The 6GB RAM variant will be powered by Snapdragon 660 SoC and 4GB RAM variant of Mi Max 2 will come with Snapdragon 626 processor.

A few leaks suggest that the handset will sport a metal unibody design. There are good chances that Xiaomi will also introduce in markets other than China.

Xiaomi’s Mi Max series is meant for consumers who adore extra-large screens. Last year, Xiaomi claims to have sold 1.5 million units of Mi Max in just two months in China alone. This surely tells us that there are indeed many consumers that relish handsets with gigantic screens.