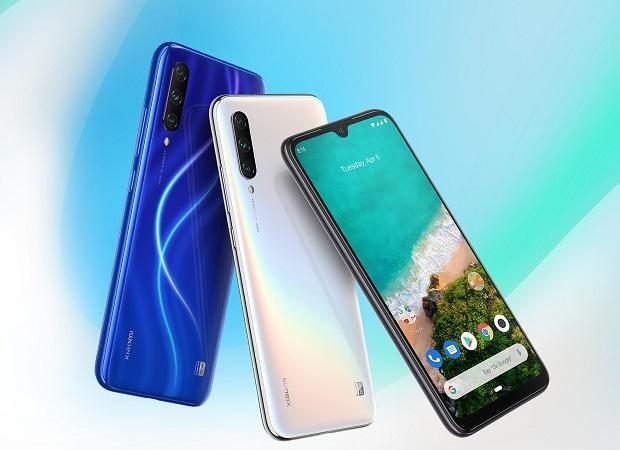 However, if compared to the Xiaomi Mi A2, the new Mi A3 comes with many upgrades such as a new processor, AMOLED display, bigger battery, in-display fingerprint scanner, a better selfie camera, and 48MP AI triple rear camera.

Going into the specs, the Xiaomi Mi A3 boasts of a 6.08-inch 1560x720p HD+ Dot-notch display with 19.5:9 aspect ratio. The notch is in U-shape while the display uses the Super AMOLED technology-  it is first for any Mi A- series smartphones. The front as well as the back of the phone is Gorilla Glass 5 protected.

At its gut, the Mi A3 integrates an 11nm Qualcomm Snapdragon 665 octa-core SoC that works in alliance with 4GB/6GB RAM and 64GB/128GB UFS 2.1 internal storage which can be expanded further up to 256GB via microSD card. To note, the Mi A3 is the second smartphone with the Snapdragon 665 SoC in the Indian market after the Realme 5 which saw the light just yesterday. 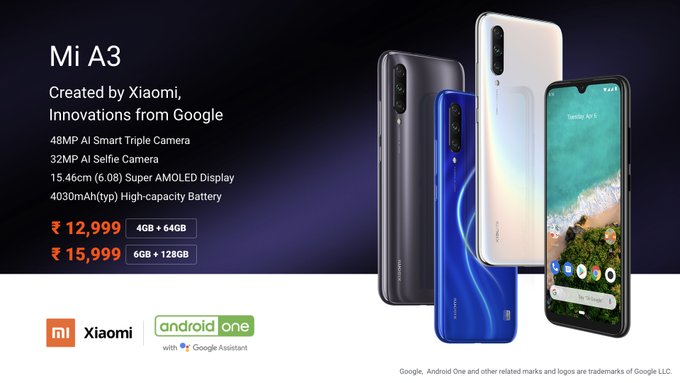 As the camera has always been the main draw of the Mi A-series, the Mi A3 packs an AI-enabled triple-rear-camera setup that includes a 48MP Sony IMX586 primary sensor with f/1.79 aperture. The other two sensors in the setup are an 8MP ultra-wide-angle sensor with a 118-degree field of view and a 2MP depth sensor.

The setup is capable of shooting 4K videos at 30 fps and 1080p videos at 30/60 fps. The front has a 32MP AI selfie camera accommodated into the notch.

Xiaomi has heeded the common complaint of the users who lamented the absence of 3.5mm audio jack in the Mi A2. So the traditional audio jack is back on the Xiaomi Mi A3 with USB Type-C port remaining intact. Other notable features include Google lens support, IR Blaster and P2i scratch resistance.