HomeHuaweiXiaomi Mi A1 Vs Honor 7X Comparison: Which one is better?
HuaweiMobile PhonesNewsSponsoredXiaomi

Xiaomi Mi A1 Vs Honor 7X Comparison: Which one is better? 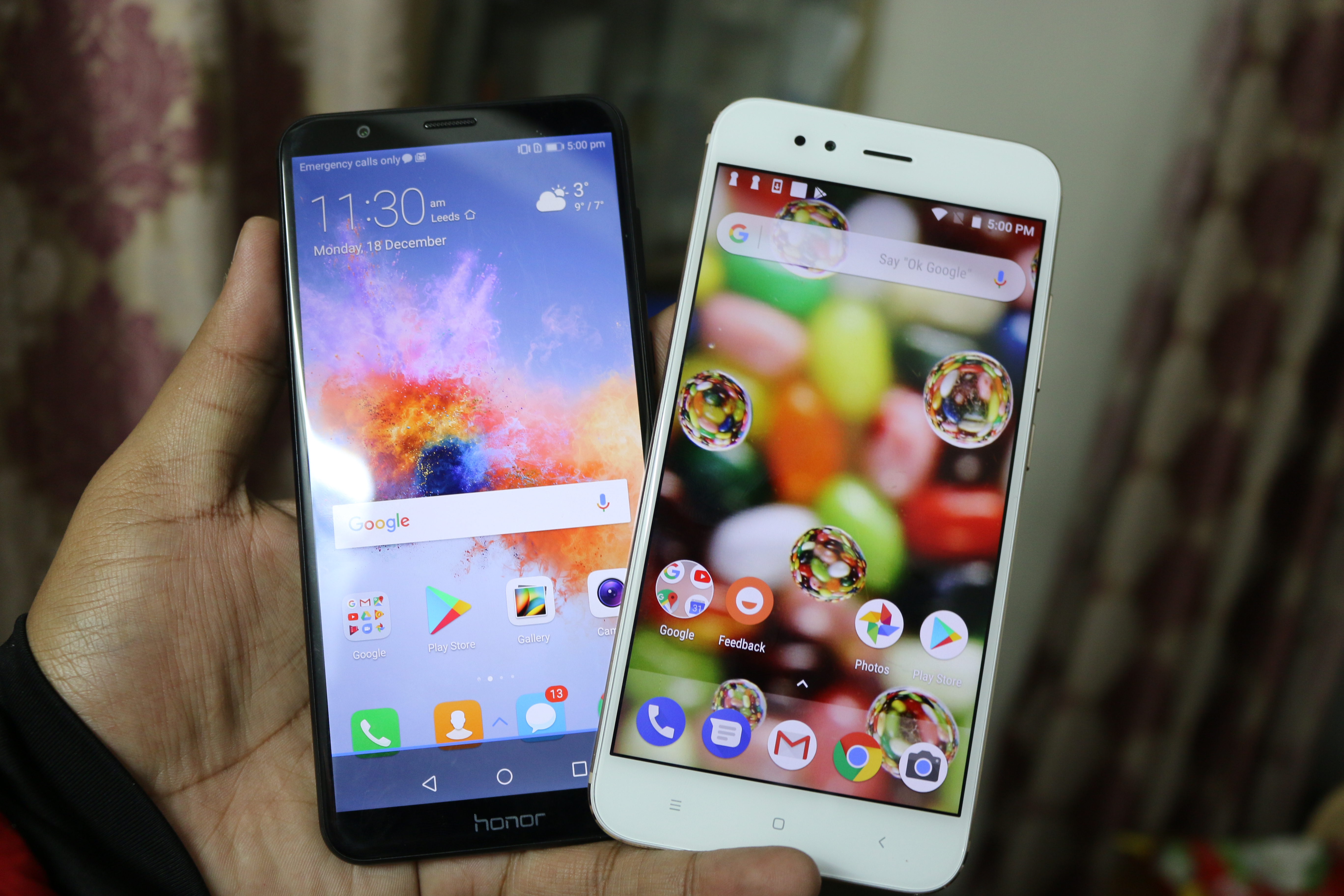 It has never been better for affordable phone buyers. There is fierce competition among manufacturer to dominate the most action-packed segment of Rs. 10,000 to Rs. 15,000, as a result of which consumers now have access to lucrative high-end features without spending too much.

If you are looking to buy a phone under 15,000 INR, the two options that make the most sense are Xiaomi’s Mi A1 and Huawei’s Honor 7X. On paper, the two dual camera phones have their advantages and disadvantages, and to choose between them can be really confusing. Let’s try and solve this riddle in our detailed comparison, based on our personal experience of the two phones. 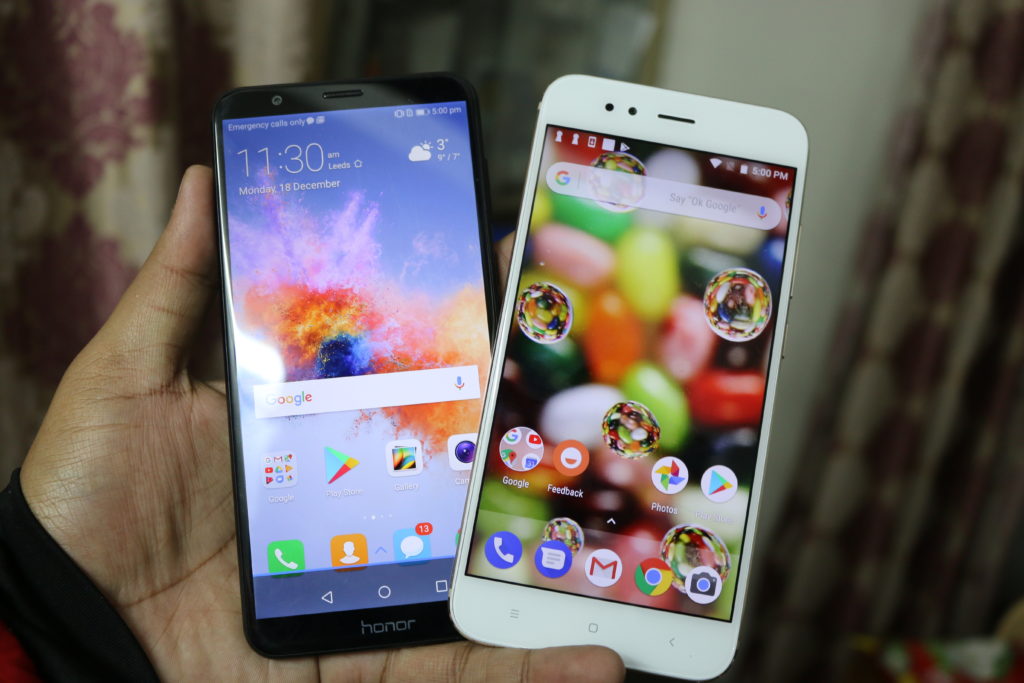 Key Specifications of Xiaomi Mi A1 vs Honor 7X:

The Mi A1 has a slim metal unibody and that used to be cool 6 months ago, but as of today its beefy bezels above and below the screen feel archaic. In comparison, the Honor 7X feels extremely slick and enticing with a full-view screen. 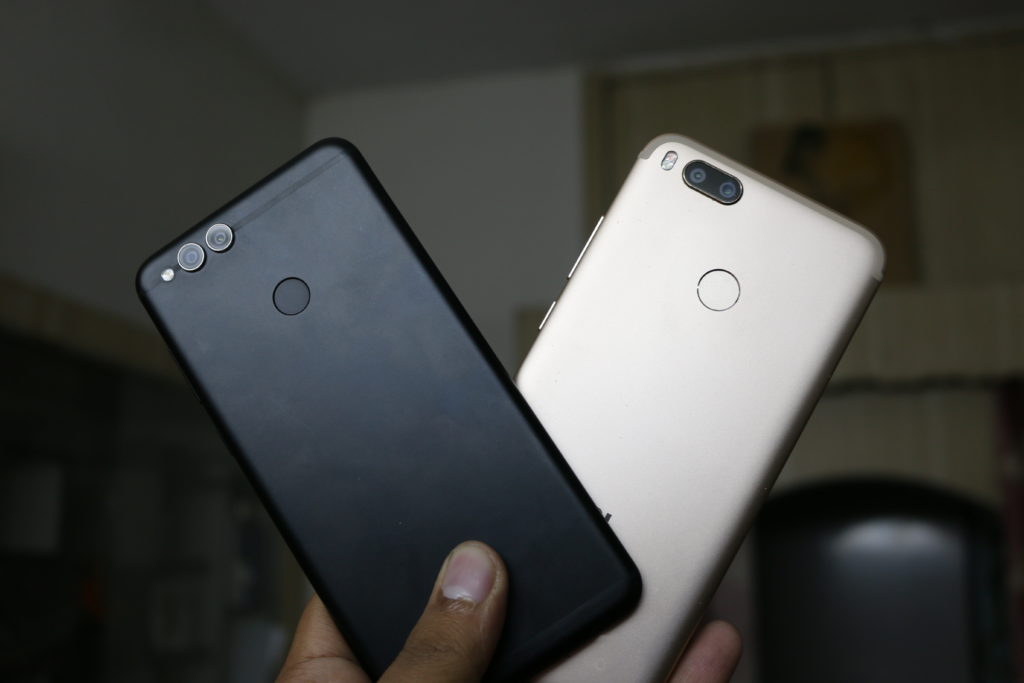 The advantage of having an 18:9 panel goes beyond cosmetic enchantments. This allows Honor 7X to pack a bigger 6-inch screen (compared to the 5.5-inch panel on Mi A1) in almost same footprint. You can fit more content on your screen, won’t have to scroll that often while browsing, and have a more immersive gaming experience.

If you are buying a phone in 2018, not having an 18:9 screen is really difficult to look past. That coupled with an ergonomic full-metal body gives Honor 7X an insurmountable design advantage. It’s simply more exciting to use and more comfortable to handle when compared to the Xiaomi’s Mi A1.

The Xiaomi Mi A1 packs two 12MP camera sensors on the rear and a 5MP selfie camera on the front. The Honor 7X, on the other hand, has a 16MP rear camera assisted by a 2MP depth sensor, and an 8MP selfie camera.

Both the camera can shoot excellent images outdoors. The Mi A1 has additional 2X zoom capability which does give close up shots but in low light conditions that 2X zoom or even the normal mode fails to capture good quality images. Shots clicked indoors are grainy and have noise. 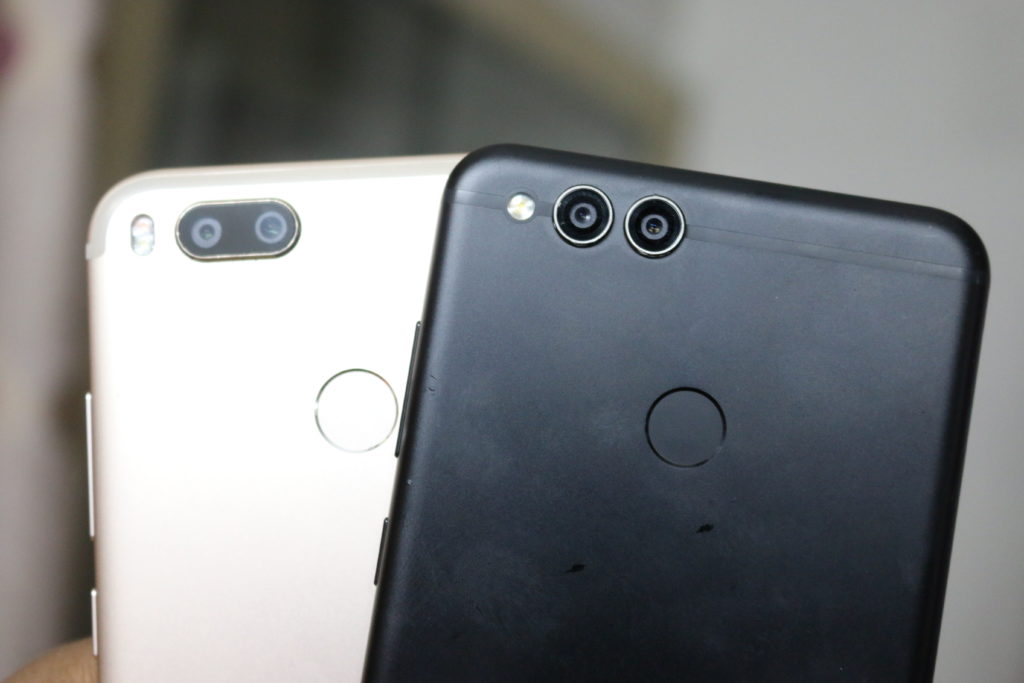 The portrait mode, on the other hand, is something we find ourselves using more often. Both Mi A1 and Honor 7X can shoot good quality bokeh shots. The ones shot on Mi A1 have more aggressive background blur, which can be detrimental when the camera fails to differentiate between foreground and background correctly.

The Honor 7X focuses solely on bokeh mode and the software used is smarter at handling portrait shots. The results were more consistent and required lesser effort. Having said that, you can still manage to shoot good quality portrait shots from both cameras. As for selfies, the Honor 7X has a clear edge.

Even when Mi A1 has powerful hardware and light Stock Android software, the performance isn’t immaculate. In our speed test, we found Honor 7X to be faster when it comes to opening apps or running games. Since Huawei makes its own chipsets, the Honor 7X benefits from better-optimized hardware and software. 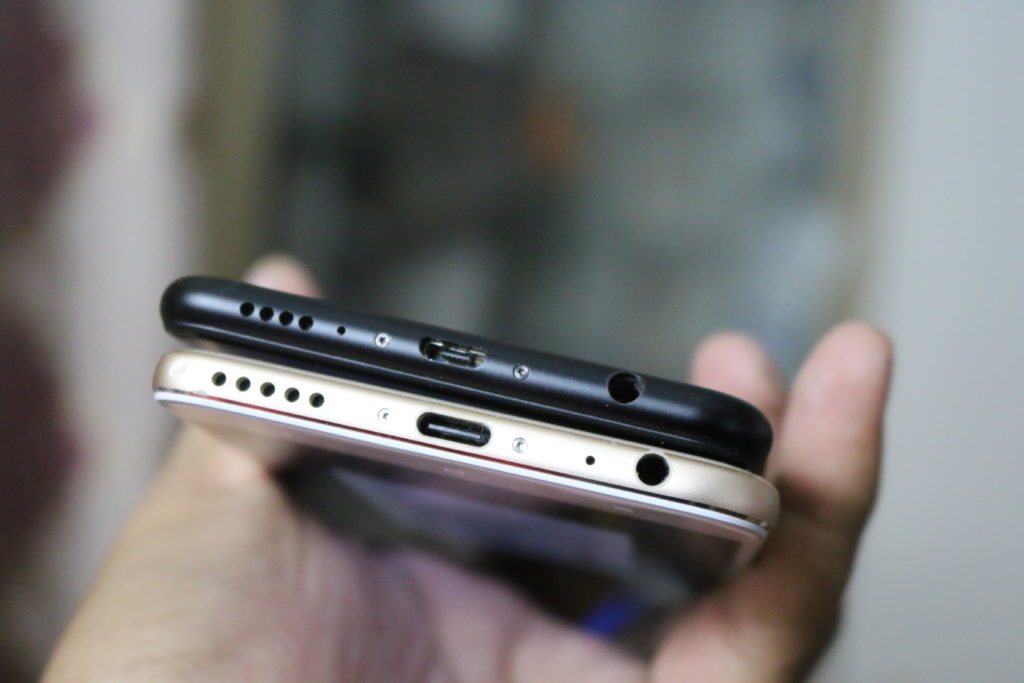 The stock Android on Mi A1 feels bland in comparison to feature-rich and intuitive EMUI 5.1 software. Even Google’s own pixel phones come with several enhancements over stock Andriod and that’s because of stock Android, even though it’s light, compromises on several useful features. For instance, it’s frustrating to know that there is no option to get something as basic as the battery percentage in the status bar.

Both handsets are quite capable of handling heavy loads, but the Honor 7X gives you more options and is once again a more consistent and reliable performer.

Both the phones are aggressively priced. The Mi A1 is now available for 13,999 INR after the latest price cut. The Honor 7X, on the other hand, gives you two options. The 32GB storage variant costs 12,999 INR and the 64GB storage option is available for 15,999 INR.

Comparing the two, the Honor 7X definitely feels like a better option as of today. The Mi A1 also has the powerful hardware but it doesn’t conform to the modern trend or contemporary standards. On the other hand, we were excited to hold and use the Honor 7X every time we picked it up. Honor 7X offers a better design, bigger display, feature reach EMUI and better selfie experience.