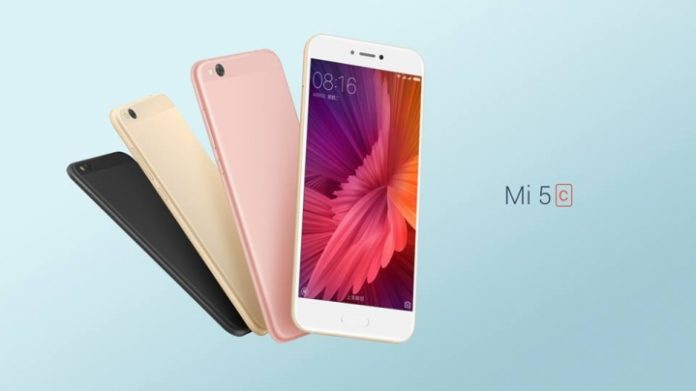 There were rumors about Xiaomi launching their own SoC on a device and this has come true with the Xiaomi Mi 5c which is company’s first phone with their in-houce SoC or System on Chip. The name of the SoC is Surge S1 and it comes with some great features.

Xiaomi Mi 5c is a 5.2-inch phone with a 1080p display and it has a screen brightness of 550-nits which is impressive. The device has the Surge S1 SoC which is an octa-core chip (2.2GHz quad-core A53 + 1.4GHz quad-core A53). You get 3GB RAM along with 64GB internal storage on the device. The phone is made out of metal but it is quite light and weighs just around 132 grams. It has a 12-megapixel camera on the rear side and Xiaomi is taking advantage of the Surge ISP algorithm to make the photos extra bright and vibrant. There are features like single frame HDR and the phone’s primary camera can also shoot a bunch of images at once in order to get a better image using the multi-shot optimization. On the front, the phone has an 8-megapixel camera for selfies.

The phone comes with MIUI 8 with Android 6.0 but Xiaomi plans to release Android 7.1 in March for the phone. It has a 2860 mAh battery but you get fast charging which is OK.