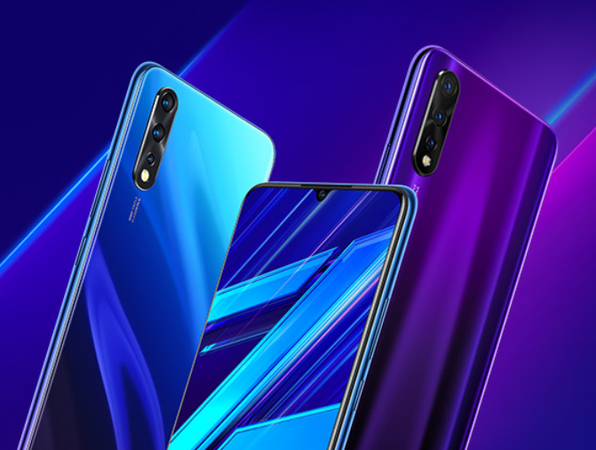 Now just after 2 months, the company has launched its refresh, the Vivo Z1X in the Indian market. The new handset comes with upgrades in many key areas compared to the Vivo Z1Pro.

Diving into the spec sheet, the Vivo Z1X packs a 6.38-inch full HD+ display which is smaller to the 6.53-inch Full HD+ display of the Vivo Z1Pro, but as already mentioned, the display is now AMOLED and bears 404ppi density which is again a bump from 395 ppi density. The display drops the hole-punch cutout in favor of a water-drop notch.

The Vivo Z1X picks the same Snapdragon 712 SoC from the Vivo Z1Pro but there is no 4GB RAM option now. The smartphone has only 6GB RAM options along with 64GB or 128GB built-in storage, further expandable up to 256GB via microSD card.

The triple-rear camera suite includes a 48MP Sony IMX582 primary sensor with f/1.8 aperture which is quite a bump from the 16MP primary sensor present on the Vivo Z1Pro. However, the other two sensors, an 8MP ultra-wide-angle sensor with f/2.2 aperture and a 2MP depth sensor are retained. The 32MP selfie shooter with f/2.0 aperture is also intact.

The smartphone will be in contention with the likes of Realme X, Realme 5 Pro, the Nokia 8.1, and the Xiaomi Mi A3. Vivo is also gearing to launch its dual selfie camera smartphone, the  Vivo V17 Pro in the country quite soon.