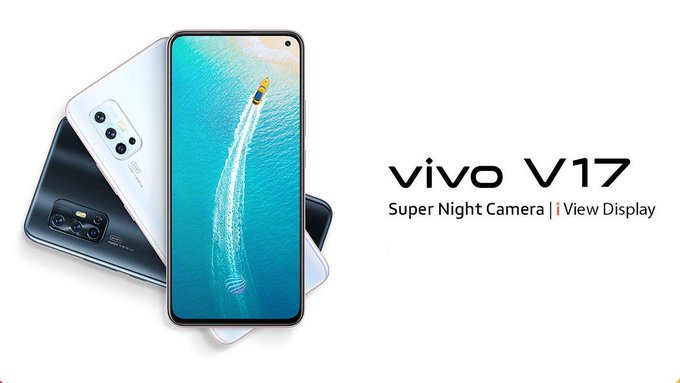 The smartphone launching spree of Vivo goes unabated. After launching the Vivo Y9s and Vivo U20 recently, the company has now launched the Vivo V17 mid-range smartphone in the Indian market.

The Vivo V17 first made its debut in Russia; however, the one launched in India slightly differs in specs and design. A most noticeable change is the 2.98mm world’s tiniest punch-hole cutout placed on the top-right of the front panel instead of a centered water-drop notch on the Russian variant. Also, the Indian variant has an upgraded processor and a bigger display.

The V17 is priced at INR22,990 for a single 8GB RAM+128GB storage model. It will be sold online as well as offline being available in Glacier Ice and Midnight Ocean color variants. The sales will commence from December 17 for which preordering has started already.

The smartphone is built around a 6.44-inch screen with full HD+ resolution, 800-1000 nits peak brightness, 19:9 aspect ratio; and an integrated in-display fingerprint scanner. The company says it is using an E3 AMOLED display that offers better legibility in the sunlight and 42% lesser emission of harmful blue rays.

Underpinning the smartphone is the Qualcomm Snapdragon 675 SoC versus the Snapdragon 665 present inside the Russian model. The smartphone also uses Game Turbo and Cooling Turbo features for the better gaming experience. 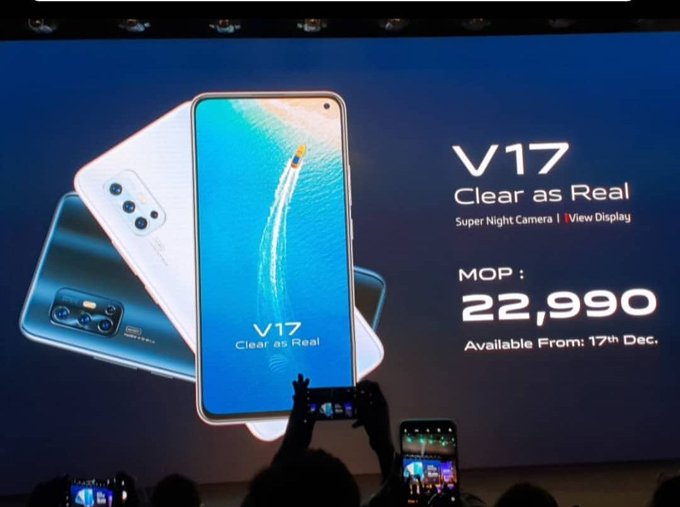 The Vivo V17 packs 8GB RAM along with 128GB internal storage, which can be expanded up to 256GB via a dedicated microSD card slot.

On the software front, the Vivo V17 boots Funtouch OS 9.2 based on Android 9 Pie out-of-the-box. A 4,500mAh battery equipped with 18W Dual-Engine fast charging supplies fuel to the device drawing through a USB Type-C port.

The rear cameras, which are four in numbers, are placed in a rectangular camera module on the back containing a 48MP AI primary camera, which is teamed with an 8MP wide-angle sensor, a 2MP macro sensor, and a 2MP depth sensor. The front punch-hole cutout hides a 32MP camera for selfie, video calling, and face unlock purposes.

The smartphone comes with Super Night mode both on the back and front to snap pics with better details in the low light conditions. Other notable aspects of the Vivo V17 include 4G VoLTE, Wi-Fi, GPS, Bluetooth 5.0, NFC support, and 3.5mm headphone jack.

The Vivo V17 will try to take on the likes of the popular Redmi K20, the Realme XT, as well as the Samsung Galaxy A70s, which fall in the same ballpark.