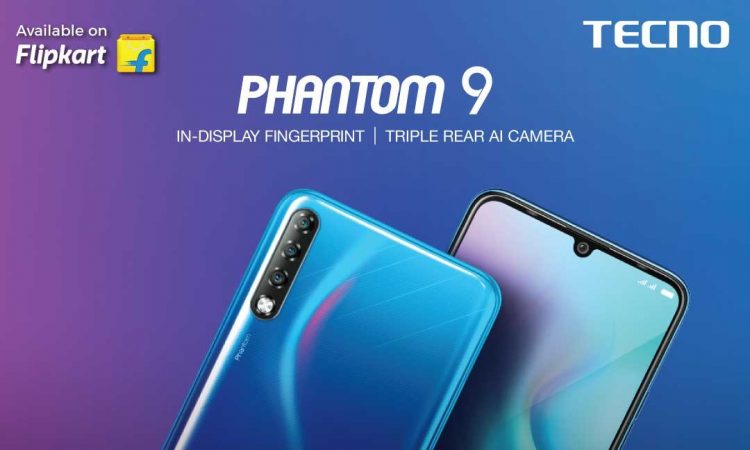 Hong Kong-based Transsion Holding’s sub-brand, Tecno launched its tripe-camera laced CAMON i4 in India in early April this year, which was then touted as the cheapest triple-camera smartphone in the Indian market with a price tag of INR9,599.

And today the company has taken the wraps off another handset dubbed as the Tecno Phantom 9 for the Indian market. The Tecno Phantom 9 also comes with AI triple-rear-camera setup along with a 32MP selfie camera compared to 16MP selfie shooter of the CAMON i4.

The Phantom 9 also makes use of a better Helio P35 SoC this time. AMOLED display, Dual LED flash up front, and in-display fingerprint scanner are other highlighting features of this device.

The Tecno Phantom 9 is priced at INR14,999 and will go on sale on Flipkart starting July 17 in a single Lapland Aurora color option. 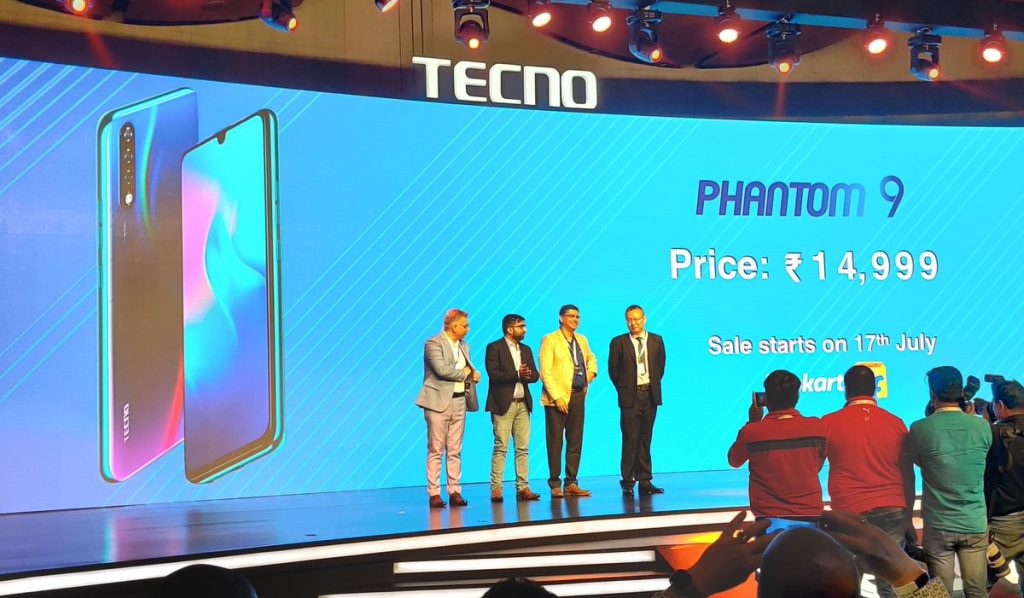 Talking about the specifications, the Phantom 9 flaunts a 6.4-inch (1080×2340) full HD+ AMOLED display with a dot notch and 403 PPI. The bezels are somehow slimmer relative to Tecno’s other offerings, though the chin is still slightly thick.

Under the hood, the smartphone is kitted with a 2.3GHz MediaTek Helio P35 quad-core SoC that is mated to PowerVR GE8320 GPU, 6GB RAM and 128GB internal storage which can be further expanded up to 256GB via microSD card.

Since the camera is the strong suit of the Tecno Phantom 9 it mounts a triple-rear-camera setup comprising a 16MP primary sensor with f/1.8 aperture, an 8MP 120-degree wide-angle sensor, and a 2MP depth sensor with Super Quad Flash. Underneath the dot notch, there is a 32MP selfie camera with f/2.0 aperture and Dual LED flashlight. In teasers, the company had lost no opportunity to brag about its 120-degree camera and macro photography prowess.

A 3,500mAh battery with 10W charging support keeps the device juiced up. On the software side of things, the handset runs Android 9 Pie with HIOS 5.0 skin laid on top. For the biometric authentication, the phone is armed with an in-display fingerprint sensor.