Tecno CAMON i4, the cheapest smartphone with triple-rear cameras launches in India 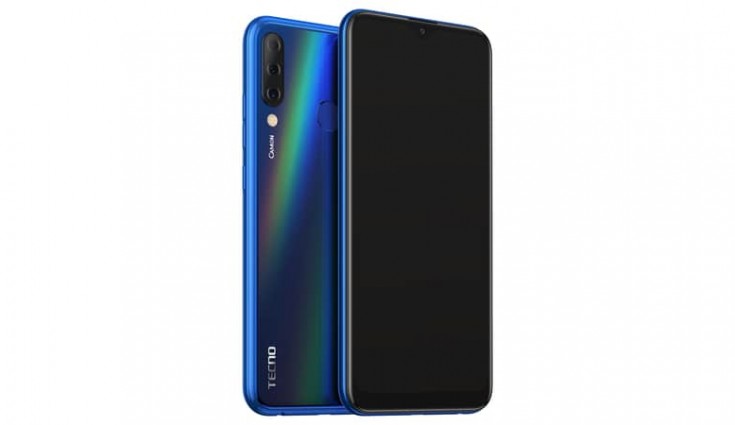 So at the outset, let’s talk about its camera as it is the USP of the CAMON i4. The three cameras at the back are situated in a vertical layout rounding off with LED flash. The camera setup includes a primary 13MP sensor with f/1.8 aperture, a secondary 8MP 120-degree wide-angle sensor, and a tertiary 2MP depth sensor. Up front a 16MP shooter with AI Beauty Mode is employed for selfie and video chatting purposes.

For the remaining specs, the CAMON i4 sports a 6.21-inch 1520x720p HD+ display with 19.5:9 aspect ratio. The in-vogue water-drop notch also finds a place ensuring a nearly bezel-less display which boasts 88.6 percent of screen-to-body ratio.

Pumping power from under the hood are MediaTek quad-core Helio A22 and octa-core Helio P22 SoCs depending upon the variants. The 2GB RAM+32GB storage model along with the 3GB RAM+32GB model is powered by Helio A22, whereas the top-end 4GB RAM+64GB storage model is ticked by Helio P22. The default storage is expandable up to 256GB via microSD card.

On the software side of things, the Tecno CAMON i4 boots Android 9.0 Pie overlaid with HIOS 4.6 UI. The smartphone derives its juice from a 3,500mAh battery with “Rocket” fast charging. The biometric is taken care of by a circular fingerprint scanner along with Face Unlock feature.

The standard connectivity options include 4G VoLTE, Wi-FI, GPS, Bluetooth 5.0, micro USB, FM radio, and a 3.5mm headphone jack. It also doesn’t seem to be skimping on any sensors as it comes with an accelerometer, ambient light sensor, a proximity sensor etc.