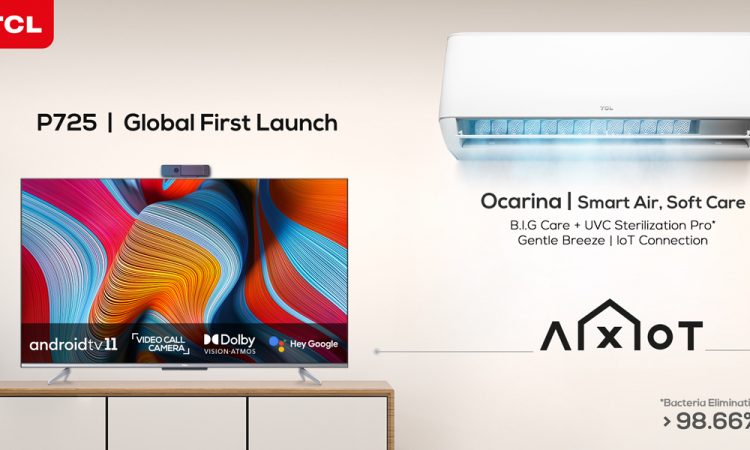 TCL Electronics has launched the P725 TV for the Indian market in an online event today. The smart television is the first TV in the country, which features Android 11 and a detachable video camera. Alongside the TV, TCL also introduced Healthy Ocarina Smart AC at the same event.

On the other hand, the TCL Healthy Ocarina Smart AC will be available in three models, such as 1-ton, 1.5-ton, and 2-ton, with prices starting at INR33,990. The pre-orders for the 1-ton model will start from March 20 exclusively on the TCL India online store.

The TCL P725 has been launched in India running Android 11 with Channel 3.0 custom launcher. This first Android 11 TV in the Indian market is claimed to provide access to over 7,000 apps and more than 7 lakhs shows in one place, including Netflix, Disney+ Hotstar, etc. – all downloaded via Google Play Store. There is also a built-in Chromecast feature to stream content from your mobile onto the TV screen. 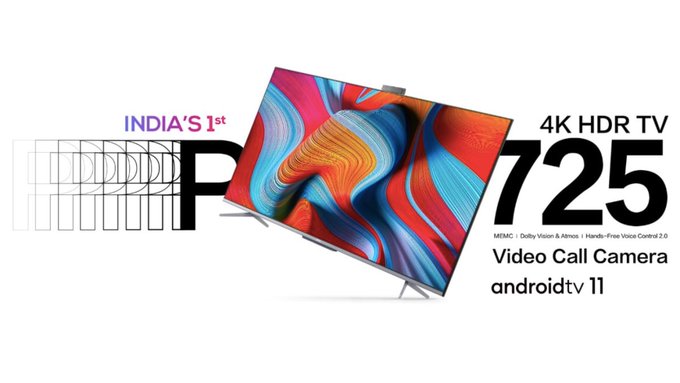 Another first for the TCL P725 TV is the detachable video camera that works with Google Duo, making it possible for as many as 32 people to be connected on live video calls. As the “work from home” culture is growing fast due to the pandemic, this feature will come in pretty handy. The users will now be able to make video calls to friends and family and attend online classes and meetings through their TCL P725 TV.

The TCL P725 has 4K HDR capability with support for Dolby Vision and Dolby Atmos audio. It features AiPQ Engine and MEMC technology for smoother motion. There is also Google Assistant, which gives users hands-free control to switch channels, set reminders, and explore streaming services through a voice command.

Among other things, the TCL P725 comes with two USB ports, three HDMI ports, and Bluetooth 5.0. The remote also features a button for Zee5 alongside the Netflix and Amazon Prime Videos buttons.

The TCL Ocarina Smart AC series features smart connectivity for remote control through the TCL Home app. The air conditioner also supports Google Assistant and Amazon Alexa. There is also a gentle breeze mode for more effective cooling, while health-oriented features include the B.I.G and UVC sterilization modes capable of killing 98.66% of bacteria in the air.