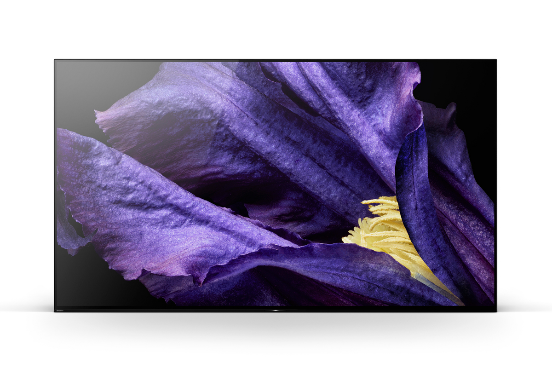 Sony has launched their A9F Bravia OLED TV in India after it was launched back in August in New York. With the launch of the new OLED TVs, Sony has expanded their Master Series 4K TVs lineup and the new Bravia A9F comes with an X1 Ultimate Chipset and features such as Netflix Calibrated Mode. The new Sony A9F TV will be available in 55-inch and 65-inch sizes and they will be priced at Rs. 3,99,990 and Rs. 5,59,990 in India. You can buy the new TVs starting 20th September at all Sony Center and major electronics stores across the country.

The new TVs support HDR10 and Dolby Vision and they are powered by the X1 Ultimate Chipset and Android 8.0 Oreo.

The new A9F Bravia OLED TV from Sony comes with an X1 Ultimate Picture Processor and it has over 8 million pixels that are powered by the same processor. The new X1 Ultimate Picture chipset will detect and analyze in the picture with the help of Sony’s Object-based Super Resolution for better picture clarity, texture, and vibrancy. This will help the TV produce true and clear accurate colors on the display.

With the new Acoustic Surface Audio+ technology, the Sony A9F aims to provide a live concert like audio experience and thanks to the extra actuator that has been added in the center of the screen along with an additional subwoofer channel, the audio system on the TV becomes a 3.2 channel sound set up. This has been added to the TV in order to produce true lifelike sounds and to make the TV watching experience much more immersive.

The new Netflix Calibrated Mode has been added by Sony to their Master Series TVs in order to produce the expected picture quality that Netflix shows were intended to be seen. The A9F TV is loaded with a Pixel Contrast Booster which is used as the controller for the OLED panel and as per Sony, the new controller helps them widen the color reproduction without the images washing out even at higher brightness.

Other features include the Hands-Free Voice function on the Sony A9F thanks to Android 8.0 Oreo that runs on the TV. The TV remote comes with a built-in microphone that lets the user speak and command the TV in order to search shows, movies, and other content.