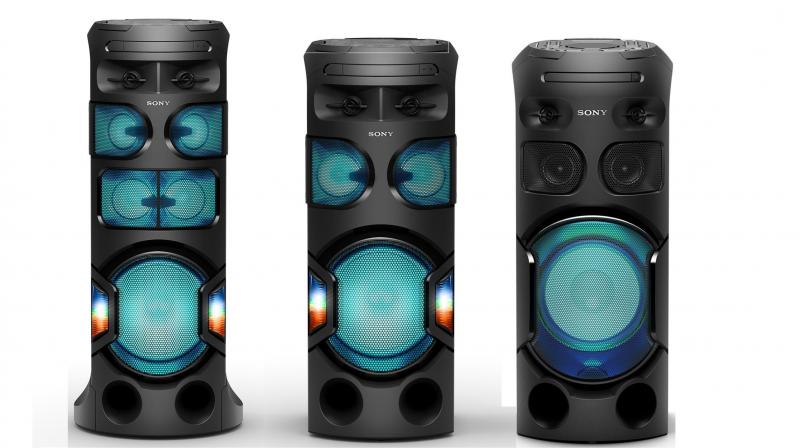 Sony India has launched three new audio systems – MHC-V81D, MHC-V71D, and MHC-V41D – with prices ranging between Rs. 31,990 and Rs. 51,990. These speakers come with features like Taiko mode, that allows users to use touch panel as drums, and 360-party light, and are available across all Sony centers and major electronics stores in the country. All speakers will retail only in Black Color option.

The Sony MHD-V81D is the flagship of the three and is dust proof and splash proof. The speaker has a touch panel with Taiko mode, two mic inputs for guitar and mic support. The MHD-V81D also has a tweeter, and additional rear tweeter speakers to pump audio over a wide area. The Digital Sound Enhancement Engine (DSEE) boosts audio of compressed music files.

The 360-degree light feature enables the speakers to throw different color lights across the room. You can connect over 50 Bluetooth speakers and devices simultaneously and the Sony Music Center app further lets you control music and sound settings from the smartphone. You can also control light colors, activate DJ, and Karaoke mode.