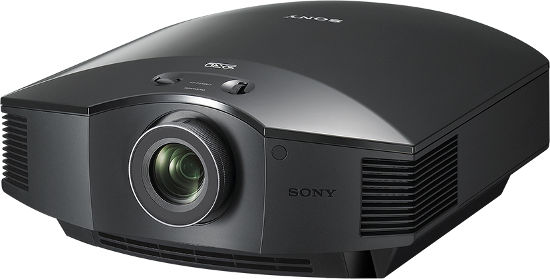 The VPL-HW40ES will feature high quality immersive images of the big screen cinema powered by the Sony’s top-flight SXRD technology with a difference of crisper, sharper pictures over the regular soft image quality. The uprated engine of the Full HD projector features a 1700 lumen color brightness along with Sony’s Bright Cinema and Bright TV mode, with SXRD panels which enhances the 3D image even further even in well-lit conditions.

Color Enhancer with MotionFlow technology produces clear, sharper, and smoother results. It features an extra-wide lens shift range which offers more options for positioning the projector from a ceiling mount or off-centre horizontally. The VPL-HW40ES has a built-in 3D IR transmitter to automatically recognise 2D or 3D content, and offers a choice of picture modes to suit whatever one is watching. Emitting only 21dB which is roughly about the same level of noise as of rustling leaves which makes sure the fan noise remain as minimal as it could be.