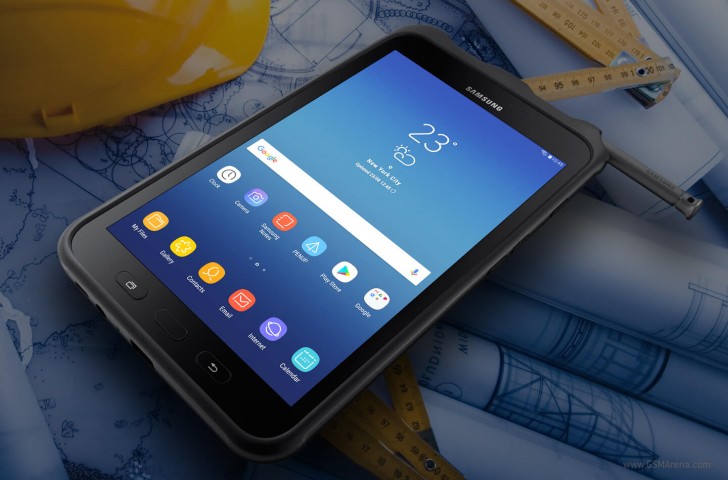 Samsung added another device to its “Active” series of rugged portable gadgets dubbed as the Galaxy Tab Active 2. The new Samsung Tab confirms to military-standard MIL-STD-810 for toughness and IP68 water resistant certification. Or in other words, it has been designed to survive high pressure, heat, minor drops and rough handling and extreme climate.  You can also use it while wearing gloves or with wet fingers

On the hardware front, the Galaxy Tab Active 2 includes an 8-inch 1280 x 800-pixel display and is powered by 1.6GHz Exynos 7880 octa-core processor paired with 3GB RAM and 16GB storage. The tablet also has a dedicated microSD card slot for secondary storage. The chipset configuration isn’t much and isn’t befitting the price either, but Samsung believes that it should be good enough for the target audience. 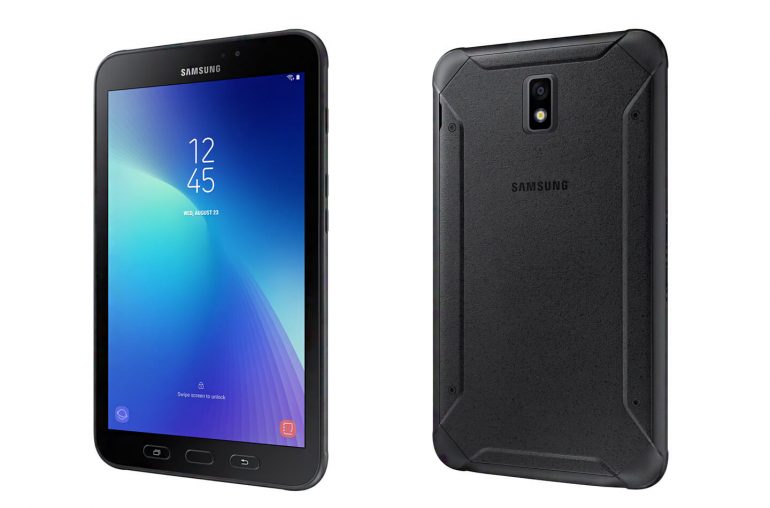 The Galaxy Tab Active 2 also comes with a bundled S Pen and includes support for both Bixby home and Bixby Voice. The home button on the front also integrates a fingerprint sensor. Samsung says that it’s using a newly improved version of the fingerprint sensor for the tablet.

For photography, you will find a 16MP rear and a 5MP front camera onboard. The 4450mAh battery powering it is removable, which means you have the option of carrying a spare one with you, and can also be used for charging other devices.