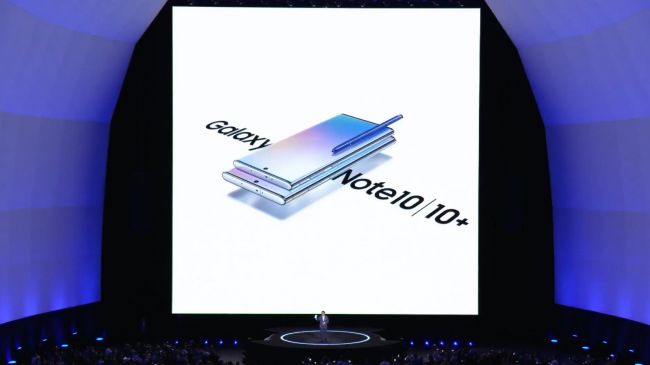 [UPDATE: Samsung India has also announced the pricing of Galaxy Note 10 and Note 10+. The former costs INR69,999 while the latter is priced at INR79,999.  The smartphones will go on sale from August 23 for which pre-booking is up on all leading e-retailers as well as offline partners.]

After going through a barrage of leaks, the Galaxy Note 10 has seen the daylight yesterday at Galaxy Unpacked event. This is the first time Samsung has unveiled two versions of its S Pen-totting phablet- the regular Note 10 and a scaled-up Note 10+.

The Galaxy Note 10 duos come with upgraded specs, refreshed design, improved S Pen, and tons of new features. The devices flaunt an Infinity-O Display with a hole punch that is centrally aligned and the rear-mounted vertical camera setup has now moved to the top left corner.

The fingerprint scanner at the back has been replaced with an ultrasonic in-display fingerprint sensor. The traditional 3.5mm audio jack has also been dispensed with for the first time from the Note lineup. The physical Bixby button has also faced the ax with its functionality now added to the power button.

The specs of both the Galaxy Note 10+ are almost the same with differences mainly reflected in screen size, battery, storage, and slightly in the rear-mounted camera setup.

Under the hood, driving the handset is the latest Samsung’s Exynos 9825 SoC which is based on 7nm FinFET process and faster and more power-efficient than the Exynos 9820 powering the Galaxy S10 series. Samsung will also use the Qualcomm Snapdragon 855 for a few select markets. 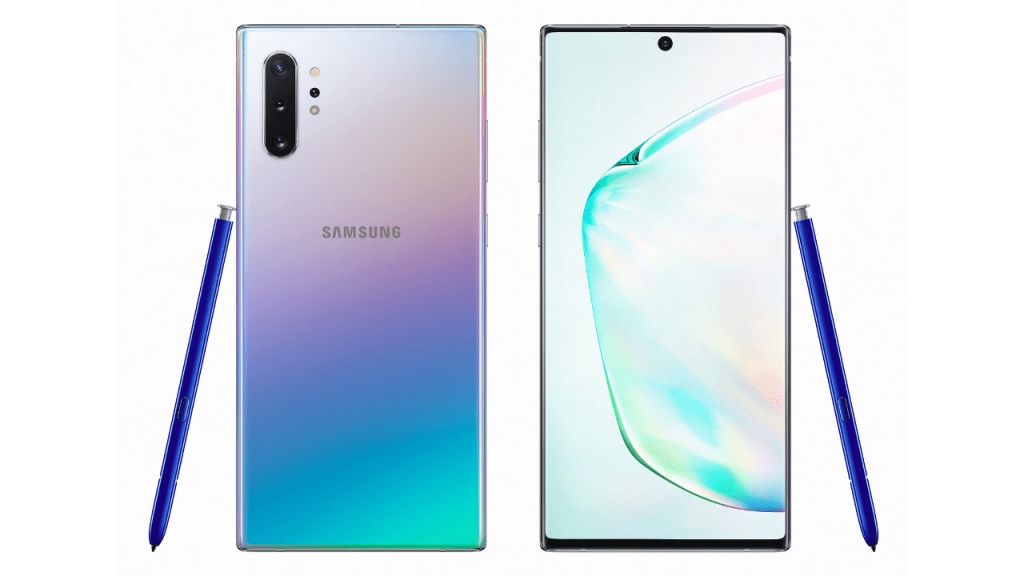 Talking about the optics, the Note 10 mounts a triple-rear-camera setup consisting of a 16MP ultra-wide f/2.2 sensor, a 12MP telephoto f/2.1 sensor, and another 12MP wide-angle sensor with dual f/1.5-f/2.4 apertures. The Galaxy Note 10+ shares the same three sensors from Note 10 with the addition of a fourth ToF VGA DepthVision sensor. On the front, both the phones pack a 10MP selfie shooter with f.2.2 aperture, buried inside the hole punch.

A camera has a few software tricks as well such as the Live Focus Video that can blur the background of the videos or even change its color while the Zoom in Mic lets a user enhance the audio of a particular subject.

On the software side, both the Note 10 and Note 10+ run Android 9 Pie with One UI laid on top. The Galaxy Note 10 gets the fuel from a 3,500mAh battery whereas the Note 10+ uses a bigger 4,300mAh battery for supporting its extra bells and whistles. The Note10+ supports SuperFast Charging 2.0 which uses 45W quick charge.

The Bluetooth LE-enabled S Pen which is also backed by a better battery has now got a new functionality called the gesture-controlled Air Actions for giving commands and also the ability to convert scrawled notes into a Word or PDF document. The Note 10 devices are also armed with DeX support which connects the phones with Windows PCs seamlessly. Last but not least, smartphones are IP68 certified and supports Bluetooth 6.

The pre-ordering for the phones has begun in the US ahead of the availability on August 23. About the pricing and availability in other markets Samsung is yet to spill the beans.