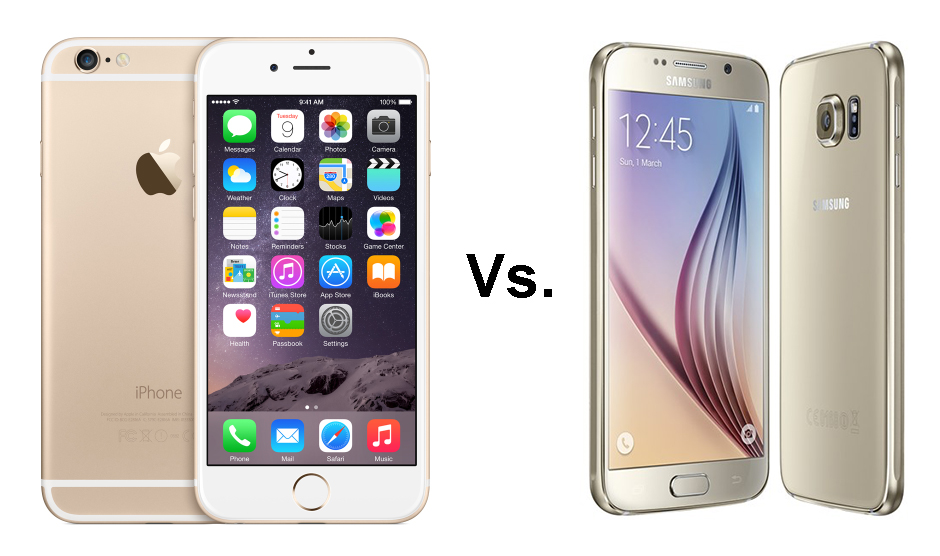 Sasmung Galaxy S6 Edge+ is one of the best Samsung offerings you can buy today. Apple relented to large displays, a forte for Samsung devices, and launched the mega iPhone 6 Plus last year, and this is the obvious competition to the S6 Edge+. Let’s compare the two. 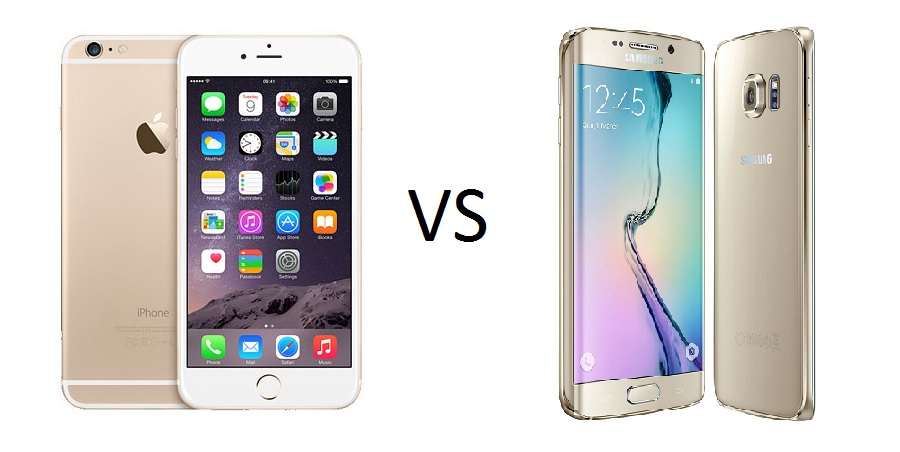 The Samsung Galaxy S6 Edge+ uses a P-OLED display with dual curved side edges. Even though it is a 5.7 Inch display device, it doesn’t feel mammoth from any standpoint. The glass on front and back attracts some smudges and also makes it a tad bit slippery, but there is no denying that the Se Edge+ is stunning.

The iPhone 6 Plus on the other hand has a ergonomic design, and bend-gate aside, is pretty much sturdy, comfortable and slim considering the large form-factor. But since we are used smaller phones from iOS camp, it takes a bit getting used. It is more a matter of personal taste, but in our opinion Galaxy Se Edge+ flaunts a more impressive design and also has the advantage of being lighter.

The Galaxy S6 Edge+ offers the best of AMOLED technology, and the iPhone 6 Plus includes the best of IPS LCD technology, which Apple brands as Retina display. Though you couldn’t be wrong with either of the two displays, but the inherent difference between AMOLED and IPS LCD remains and is noticeable. If you like colors that pop, Galaxy S6 Edge+ is a better alternative, and if you value awesome whites, iPhone 6 Plus is a better option.

Again, since both of these are high end phones, they can handle anything you throw at them without breaking a sweat. The Galaxy S6 Edge+  includes one of the best current gen processor when compared to other Android devices (Exynos 7420) while the iPhone 6 Plus has a custom made  beast A8 ticking inside.

Both the devices can handle heavy multi-tasking and high end gaming with ease. We didn’t face any kind of performance related issues on any of the smartphones. So, no matter which one you pick, you will a smooth interface and top of the class performance.

iPhone camera’s have always set benchmarks for mobiography. This year, however, Samsung has won the battle with an excellent 16MP rear shooter (The war is still on and we are waiting for whatever iPhone 6S Plus will bring to the table). The 8MP shooter on iPhone 6 Plus can record 1080p videos, while Galaxy S6 Edge Plus can record 4K videos efficiently.

Battery backup isn’t a strong forte of either of the two. Both manage to muster 1 day of usage for moderate users, but heavy users will have to charge through their day. But Samsung S6 Edge Plus supports Wireless Charging and Fast Charging which are two really helpful features. If we have to choose one, we will select S6 Edge Plus as the winner in overall battery performance and features.

Samsung Galaxy S6 Edge+ is a worthy Android flagship which gives tough competition to all smartphones and further strengthens Samsung’s reputation as the best phablet maker. The Apple’s iPhone 6 Plus lies close second, and it remains to be seen its successor iPhone 6s Plus will be able to turn the table, or not.