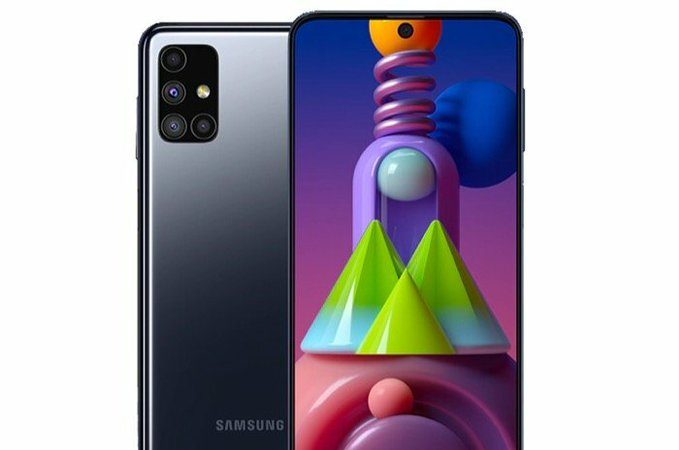 After launching in Germany last week, the Samsung Galaxy M51 has made its way to the Indian market. The new smartphone targets the mid-tier segment with the right mix of specs and features. The smartphone comes with a massive 7,000mAh battery and quad rear camera setup as the highlights.

The Galaxy M51 comes in two variants: 6GB RAM+128GB storage and 8GB RAM+128GB storage. They are priced at INR24,999 and INR26,999, respectively. The smartphone is going on sale starting September 18 via Amazon India, Samsung.com as well as select retail stores. In terms of colorways, the Galaxy M51 will be available in Electric Blue and Celestial Black color options.

Speaking about the specifications, the Galaxy M51 is built around a 6.7-inch Full HD+ (1080x2340p) Super AMOLED Plus Infinity O Display with 20:9 aspect ratio and a peak brightness of 420 nits. The display is protected by Corning Gorilla Glass 3.

On the inside, the Galaxy M51 is underpinned by an octa-core Qualcomm Snapdragon 730G SoC paired with 6GB RAM/8GB RAM and 128GB standard internal storage. Besides, there is a dedicated microSD card slot to expand the storage to up to 512GB using a microSD card. On the software front, the Galaxy M51 runs One UI Core 2.1 with Android 10 as the base. 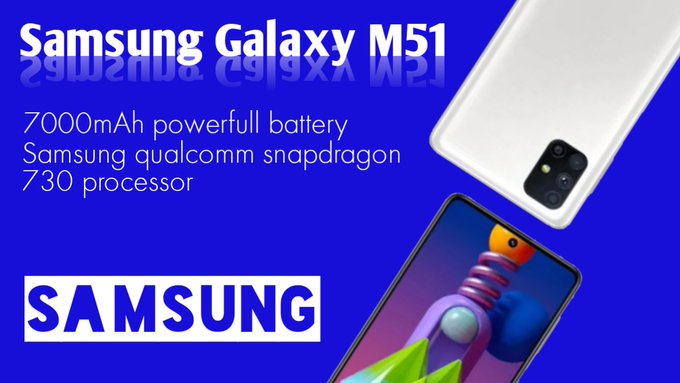 When it comes to cameras, the Galaxy M51 tacks on a quad-rear camera setup at the back which is led by a 64MP primary sensor, teamed with a 12MP ultra-wide sensor, 5MP macro sensor, and a 5MP depth sensor. The front-facing punch-hole cutout houses a 32MP selfie camera.

A 7,000mAh battery is the main forte of the Galaxy M51, charging at the maximum rate of 25W over USB Type-C port. The battery is touted to fill to the brim in about 115 minutes using the bundled charger. The battery also supports reverse charging.

Among other things, the Galaxy M51 supports 4G LTE, Wi-Fi, GPS/A-GPS, Bluetooth 5.0, and a 3.5mm headphone jack. For the biometrics, the smartphone is equipped with a side-mounted fingerprint scanner.

Considering the pricing and specs, the Galaxy M51 will square off against the likes of the OnePlus Nord and the Vivo V19. It remains to be seen how the smartphone is going to fare when it finally reaches the users’ hands.