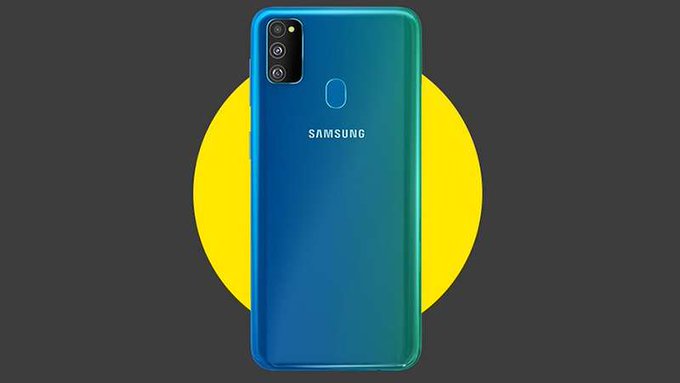 On schedule, Samsung launched its first 6000mAh packed smartphone, the Samsung Galaxy M30s in India today. The smartphone comes with significant upgrades over the Galaxy M30 which was launched back in February this year.

Besides the humongous battery, the Galaxy M30s comes with updated rear cameras, a new Exynos octa-core SoC, and updated UI based on Android 9 Pie. Also, the back features new gradient color options. As far as the other details are concerned, the Galaxy M30s tries to mirror the Galaxy M30.

Alongside the Galaxy M30s, Samsung today has also launched the Galaxy M10s- an updated version of the Galaxy M10- with Super AMOLED display and dual rear cameras in budget price point.

However, the S-appended model is now powered by Exynos 9611 octa-core SoC paired with Mali G72 MP3 GPU, up to 6GB RAM and up to 128GB internal storage offering expandability support up to 512GB via microSD card. On the software side of things, the Galaxy M30s runs Android 9 Pie with updated One UI 1.5 slapped on top

The Samsung Galaxy M10s sports a 6.4-inch HD+ Infinity-V display with Super AMOLED technology. Pumping power from under the hood is an Exynos 7884B SoC mated to 3GB RAM and 32GB internal storage which can be expanded via micro SD card. There is a 4,000mAh battery to back the device with 15W fast charging support.

In the optics department, the Galaxy M10s tacks on a dual-rear-camera setup comprising a 13MP primary sensor and a 5MP ultra-wide sensor. On the front, an 8MP selfie shooter finds a place.

The Galaxy M30s is priced at INR13,999 for the 4GB RAM+64GB internal storage model while the 6GB RAM+128GB storage model costs INR16,999. Color options for the device include Pearl White, Sapphire Blue, and Opal Black.

The Galax M30s, on the other hand, is set for INR8,999 for the sole 3GB RAM+32GB storage model. The smartphone will be available in Stone Blue and Piano Black color options.

Both the smartphones will go on sale starting September 29 via Amazon India and Samsung online store.