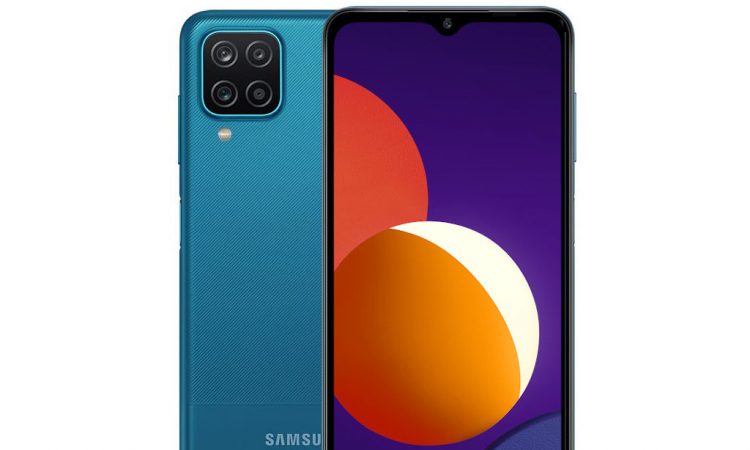 Samsung has taken the veil off the Galaxy M12 in India after the phone was first launched in Vietnam last month. This budget smartphone comes with some impressive specs. It offers a large high refresh rate display, a massive battery, and quad cameras at the back. 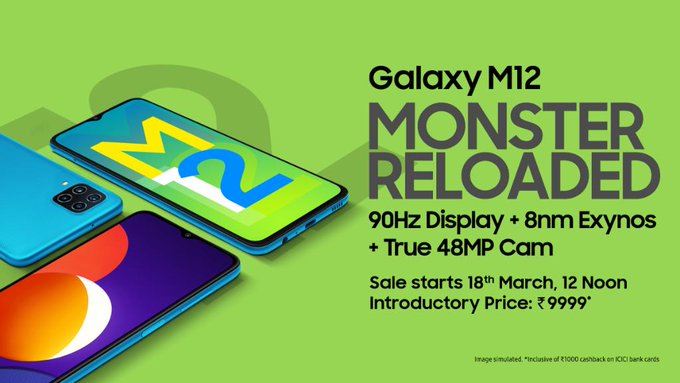 At its heart, there is an Exynos 850 SoC coupled with up to 6GB RAM and 128GB internal storage with support for microSD card expansion up to 1TB. On the software end, the Galaxy M12 runs Android 11 with One UI 3.0 skin laid on top.

There are four cameras at the back of the Galaxy M12, aligned in a square-shaped module. The setup includes a 48MP ISOCELL GM2 sensor, a 5MP ultra-wide sensor, a 2MP macro sensor, and a 2MP depth sensor. Whereas, an 8MP selfie shooter is attached up-front for selfies and video calls.

And ticking everything is a massive 6,000mAh non-removable battery that supports 15W fast charging. The Galaxy M12 measures 164.0×75.9×9.7mm in dimension, weighs 221 grams, and comes in three colors: Black, White, and Blue.

The Galaxy M12, given its specs and pricing, will be pitted against the Redmi Note 9 series, the Moto G9 Power, the POCO M3, etc.