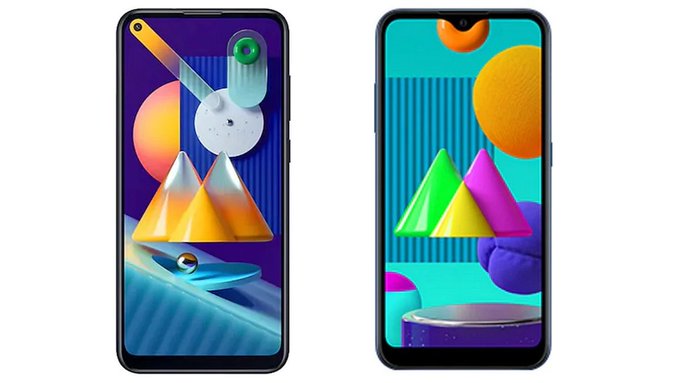 Samsung today expanded its M series in India by launching two budget-oriented smartphones dubbed as the Galaxy M01 and Galaxy M11. The latter is a slightly premium device with a punch-hole display and triple rear cameras.

Both smartphones have been made available to purchase from today onwards on Amazon India, Flipkart, and Samsung official website.

Starting with the Galaxy M01, it features a 5.7-inch HD+ TFT Infinity-V Display with 19.5:9 aspect ratio. Under the hood, it has a Qualcomm Snapdragon 439 SoC for power. As previously said, the phone is offered in 3GB RAM and 32GB internal storage option. The storage of the phone can be expanded using a microSD card, however.

For the optics, the Galaxy M01 sports a dual-rear-camera setup that includes a 13MP primary sensor and 2MP secondary sensor. On the front, the selfie shooter is rated at 5MP. 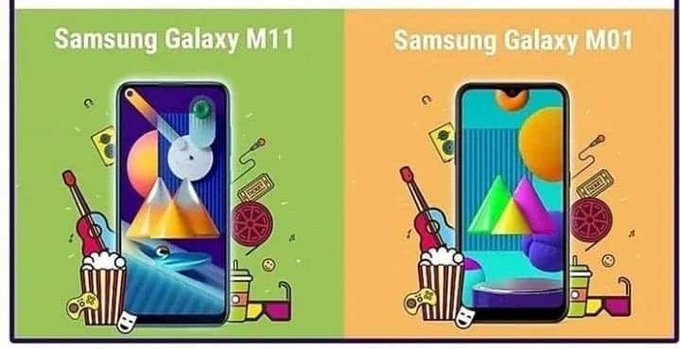 A 4,000mAh battery fuels the phone without any fast charging support. It runs One UI on top of Android 10. The Galaxy M01 lacks a fingerprint scanner.

The Galaxy M11 is a better specc’d phone than the Galaxy M01. It packs a 6.4-inch HD+ Infinity-O TFT Display with a 19.5:9 aspect ratio. Pumping power from under the hood is Snapdragon 450 SoC paired with 3GB/4GB RAM and 32GB/64GB default storage which can be expanded up to 512GB via micro SD card.

The Galaxy M11 comes with triple-rear camera array consisting of a 13MP primary sensor, a 5MP ultra-wide sensor, add a 2MP depth sensor. Upfront, there is an 8MP selfie camera residing in a punch-hole cutout.

The smartphone runs One UI based on Android 10. A bigger 5,000mAh battery with the support of 15W fast charging juices the phone. The fingerprint scanner is mounted on the back. The Galaxy M11 also wields a USB Type-C port along with the traditional 3.5mm audio jack.