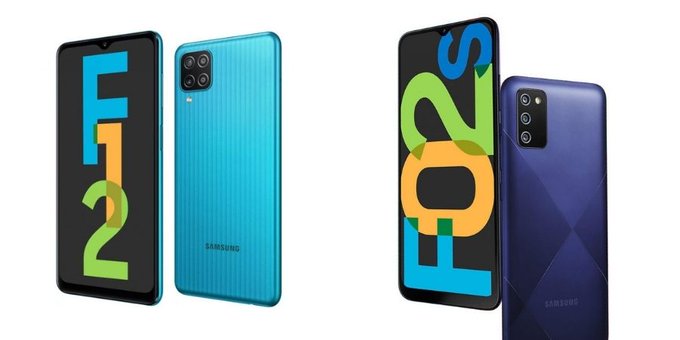 The Galaxy F02s will go on sale beginning April 9 in Diamond Black, Diamond Blue, and Diamond White color options. On the other hand, the Galaxy F12 will be available starting April 12 in Celestial Black, Sea Green, and Sky Blue paint jobs. Both the phones will be available to purchase on Flipkart, Samsung.com, and other key retailers in the country.

The Galaxy F02s sports a 6.5-inch HD+ (720×1600) Infinity-V display with a 20:9 aspect ratio and a water-drop notch. Under the hood, the smartphone is powered by a Qualcomm Snapdragon 450 SoC paired with up to 4GB RAM and up to 64GB default storage, which can be expanded up to 1TB using a dedicated microSD card slot. 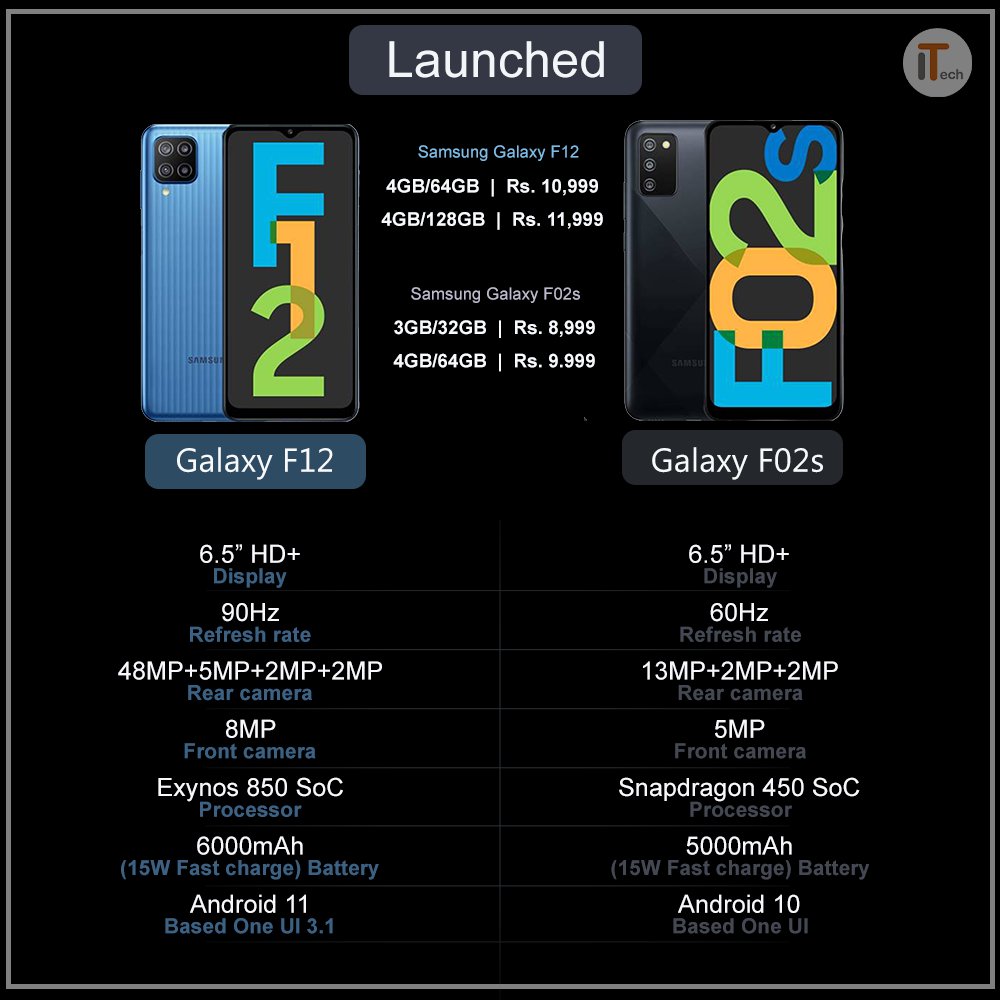 Regarding optics, the Galaxy F02s features a triple rear camera setup consisting of a 13MP primary sensor, a 2MP depth sensor, and another 2MP macro sensor. At the front, there is a 5MP sensor for selfie and video calling purposes.

The Galaxy F12 also sports a 6.5-inch HD+ (720×1600) Infinity-V display but with an upgraded refresh rate of 90Hz. An Exynos 850 octa-core SoC at the heart pumps power mated to 4GB RAM and up to 128GB internal storage. A dedicated microSD card slot of up to 1TB further adds to the storage. The phone boots Android 11 underneath One UI 3.1 Core.

In terms of photography, the Galaxy F12 tacks on a quad-camera setup at the back. The setup includes a 48MP primary sensor, a 5MP ultra-wide sensor, a 2MP macro sensor, and a 2MP depth sensor. Upfront, the selfie camera is rated at 8MP.

A bigger 6,000mAh battery is tucked inside the phone that can charge at the maximum rate of 15W. Notable connectivity options include 4G LTE, W-Fi, Bluetooth 5.0, GPS/A-GPS, USB Type-C port, and a 3.5mm headphone jack.