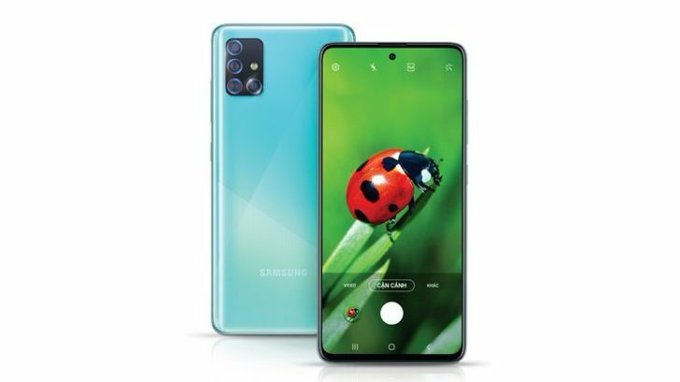 The latest smartphone to enter into Samsung’s Galaxy A-series, the most popular series from Samsung in terms of sales in India, is the Galaxy A71. The latter is the successor of the Galaxy A70 from last year.

The new smartphone is priced at INR29,999 and comes bumped up over its predecessor in terms of processor and the rear cameras. The smartphone is going on sale starting February 24 via online as well as offline channels across India. Customers will have three color options such as Prism Crush Silver, Prism Crush Blue, and Prism Crush Black to choose from.

To note, before the debut in the Indian market the smartphone was first unveiled last month at CES 2020 in Las Vegas.

Talking about the specifications, the Galaxy A71 flaunts a 6.7-inch full HD+ Infinity-O display with Super AMOLED Plus technology and a 20:9 aspect ratio. The smartphone features a center-aligned punch-hole cutout and is protected by Corning Gorilla Glass 3. The back is made up of Glasstic material.

At its heart, the Galaxy A71 is fueled by the Qualcomm Snapdragon 730 processor which is quite an upgrade over the Snapdragon 665 SoC found inside its predecessor. The processor works in sync with Adreno 618 SoC, 8GB RAM, and 128GB onboard storage, which can be expanded up to 512GB using a dedicated microSD card. 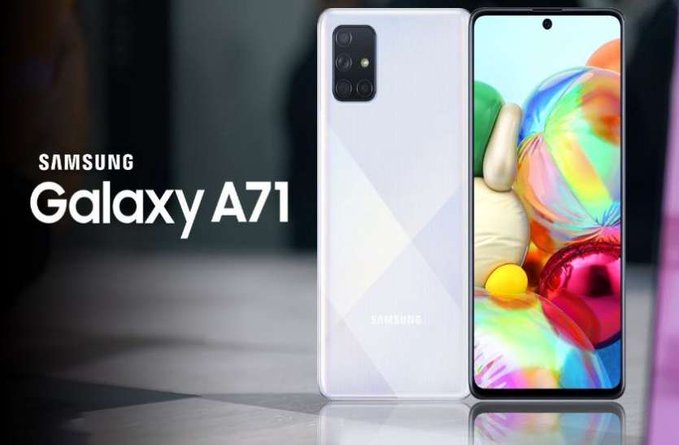 The processor is aided by Game Booster mode which, the company claims, improves the frame rates, stability and reduces power consumption during gaming.

In terms of optics, the Galaxy A71 retains the selfie camera of 32MP resolution from the Galaxy A70, albeit with a slight change in the aperture that is f/2.2. The real change is effected in the rear camera specs, however.

The back of the Galaxy A71 mounts four cameras in an L-shaped form inside a rectangular module that also includes an LED flash. The main rear sensor is of 64MP resolution with f/1.8 aperture teamed with a 12MP f/2.2 ultra-wide sensor, a 5MP f/2.4 macro sensor, and a 5MP f/2.2 depth sensor.

On the software end, the smartphone runs One UI 2 based on Android 10 with dark mode and other important gestures navigation. For fuel, the Galaxy A71 is stacked with a 4,500mAh battery which draws charge through USB Type-C port. Importantly, the smartphone is bundled with 25W fast charging brick.

Back in late January this year Samsung launched another Galaxy A-series smartphone, the Galaxy A51, in the Indian market. The Galaxy A51 offers Infinity-O Super AMOLED display, Exynos 9611 SoC, 6GB RAM, 128GB storage, and 48MP led quad-rear cameras for a price tag of INR23,999.