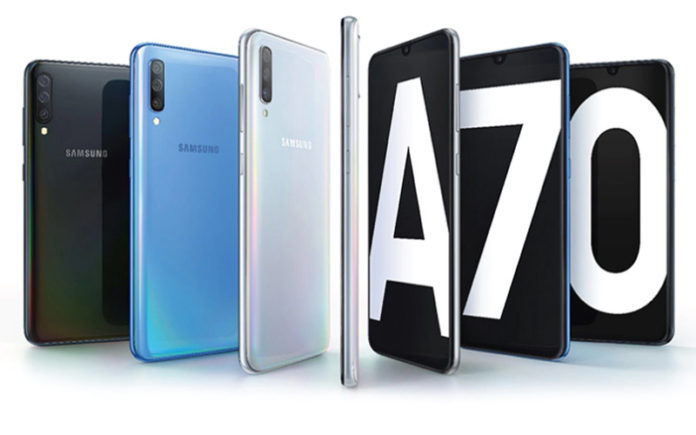 Following the announcement of the Samsung Galaxy A70 a couple of days ago in Bangkok, along with the Galaxy A80 , the former has now been officially launched in India. The Galaxy A80 will, however, make its debut later in May. The Galaxy A70 is marked for its in-display fingerprint sensor, triple-rear cameras, Snapdragon 675 octa-core SoC, and a heftier 4,500mAh battery.

The Galaxy A70 is priced at INR28,990, coming in only one 6GB RAM+128GB storage variant with three color options-Black, Blue, and White- to choose from. The smartphone will be available via Flipkart, Samsung online shop, and Samsung Opera House to purchase.

The sale will kick off from May 1 but the phone will be put up for preorder beginning April 20 which will last up to April 30. Buyers who will pre-book the device during this period will be eligible for owning a Samsung U Flex Bluetooth headset worth INR3,799 for just INR999. 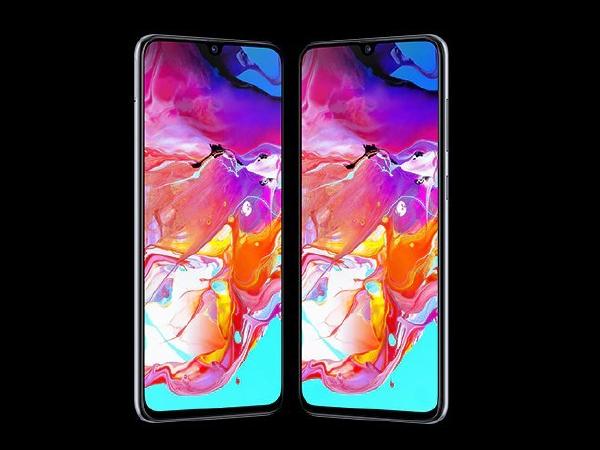 Talking about the specifications, the Galaxy A70 flaunts a 6.7-inch full HD+ (1080x2400p) Super AMOLED Infinity-U display with 20:9 aspect ratio. Driving the handset is an octa-core Snapdragon 675 SoC, coupled with 6GB RAM and 128GB internal storage, which is further expandable up to 512GB via a dedicated microSD card.

The Galaxy A70, on the software side, like the other recent Samsung smartphones boots Android 9 Pie with One UI on top. The smartphone is juiced by a big 4,500mAh battery via USB Type-C port, equipped with 25W fast charging support.

Besides all that, the Galaxy A70 is also Widevine L1 certified to ensure seamless HD video streaming while on the go. There is in-built Samsung Pay for quick transactions. On top of that, Galaxy A70 comes with proprietary Knox security solution to protect the device from any sort of data breach.