Samsung Galaxy A31 with Helio P65 SoC and quad-rear camera launched in India for 21,999 INR 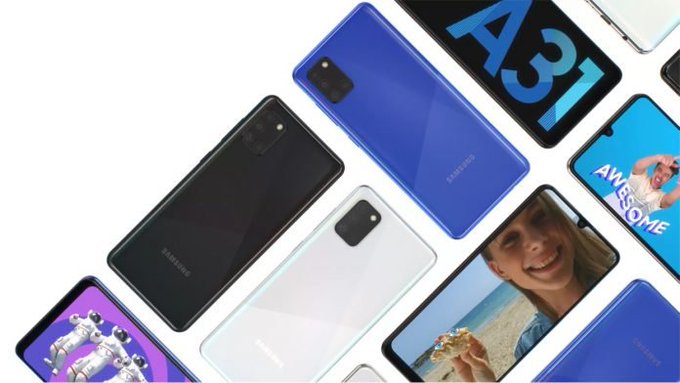 Following the launch of the affordable Galaxy M01 and M11 a couple of days ago, Samsung today launched the Galaxy A31 in India catering to low-to-upper mid-range segment. The Galaxy A31 succeeds the Galaxy A30 from last year and features quad-rear cameras, Helio P65 SoC, and a huge 5,000mAh battery.

The Galaxy A31 has launched in India priced at INR21,999 for the sole variant 6GB RAM+128GB storage. The International version of the Galaxy A31, however, was launched with a 4GB RAM model as well. The Galaxy A31 comes in Black, Blue, and White color options with PrismCrush design pattern.

In terms of specification, the Galaxy A31 sports a 6.4-inch FHD+ (2400×1080) Infinity-U Display with Super AMOLED technology and 20:9 aspect ratio. The display has the Widevine L1 support for streaming HD content from OTT platforms.

Pumping power from under the hood is a MediaTek Helio P65 octa-core SoC that works in alliance with 6GB RAM and 128GB internal storage with up to 512GB expansion support via a dedicated microSD card slot. The phone runs Android 10 with UI 2.1 laid on top. 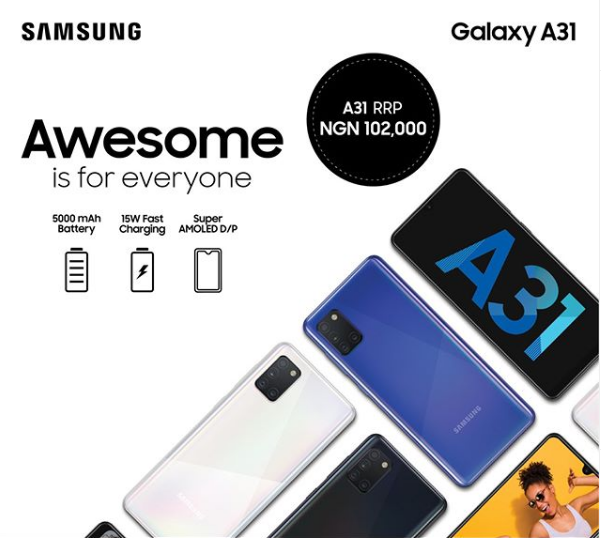 In terms of camera, the Galaxy A31 features a quad-camera-setup which is aligned in an L shape layout inside a rectangular module. The camera array includes a 48MP primary sensor, an 8MP ultra-wide sensor, a 5MP macro sensor, and another 5MP depth sensor. The selfie camera is rated at 20MP and is placed inside the U-shaped notch upfront.

Another salient aspect of the smartphone is its huge 5,000mAh battery that draws charge via USB-Type C port with the support of 15W fast charging adapter out-of-the-box.

Regarding other features, the Galaxy A31 packs an in-display fingerprint scanner and has support for NFC, Samsung Pay, Knox security feature, as well as a Game Booster feature for enhancing the gaming.

The Realme Galaxy A31 will battle it out against the likes of the Redmi K20 and the Realme X2 which offer better hardware in the same ballpark.