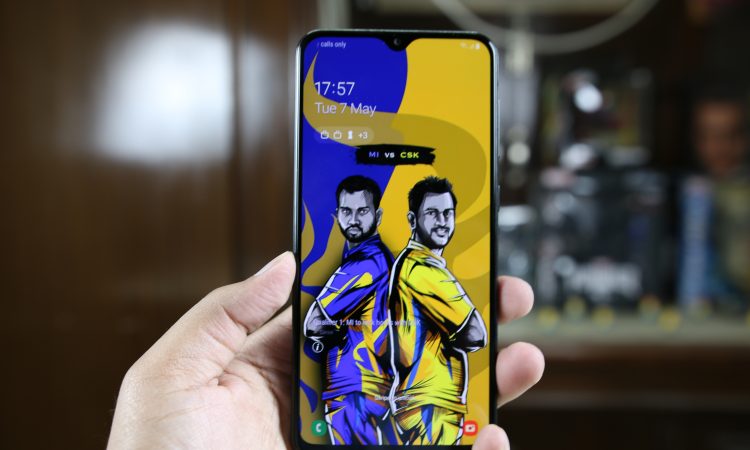 Samsung has been striking back to back with value for money devices it launched under its “M” series in India which definitely. The series is launched keeping the Millenniums in mind thus providing the best of Samsung experience for cheaper.

But Samsung does not stop here as it wants to gain the budget mid-range market in India, it also launched it’s A-series smartphones like A50 and A30 and for the asking price of 19990 INR and 16990 INR the phones turned out to be a more premium version of the “M” series. They offer decent and competitive specs like AMOLED displays, dew drop notch, a huge battery of 4000mah and fast charging as well with the top of the line features like IP68 dust and water resistant.

Now Samsung is ready with its new “A” series phone target to even the more strict budget audience. Samsung recently launched the Samsung A20 which will be in the middle of A10 and A30.

Samsung has been seen delivering one of the best display in the market and it has not compromised with A20 in display technology. It offers a Super AMOLED 6.4 inch display with 19.5:9 aspect ratio with 720*1560 pixels, which turns out in 85% screen to body ratio and 268 pixels per inch density. 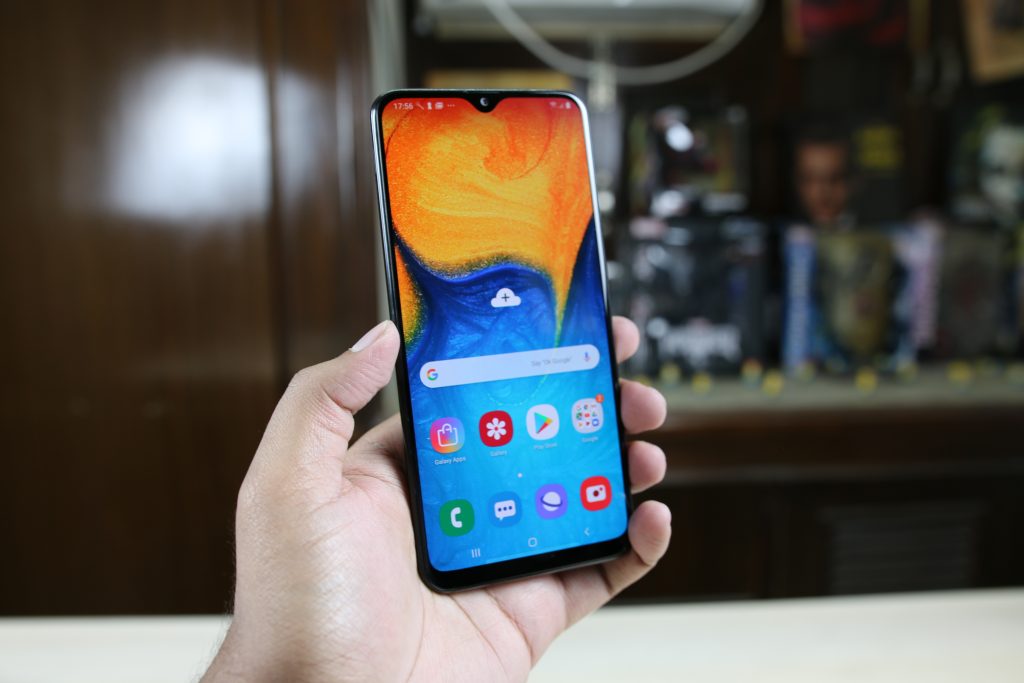 The resolution isn’t great but in this price range this is quite common, but where it shines is the display quality as the Super AMOLED tech is capable of producing some great deep blacks and rich colours overall, which I believe is very important as most of the users will definitely notice the display quality. It is the most used part in a smartphone and better it is the better will be the overall experience.

The phone’s screen is perfect for content consumption as it offers punchy colours but sadly it does not comes with widevine L1 support although it won’t matter much as it has a 720p display. It comes with an Infinity-V display which simply means dewdrop notch which definitely attracts a lot of users nowadays and delivers more immersive feel.

It has a rear-mounted fingerprint sensor which is reliable and fast which is perfect.

It comes with a plastic body which is again fine for the price and the dewdrop sure makes it appealing overall from the front. It weighs around 169g with 7.8mm thickness which makes it quite slimmer to hold and use with one hand. 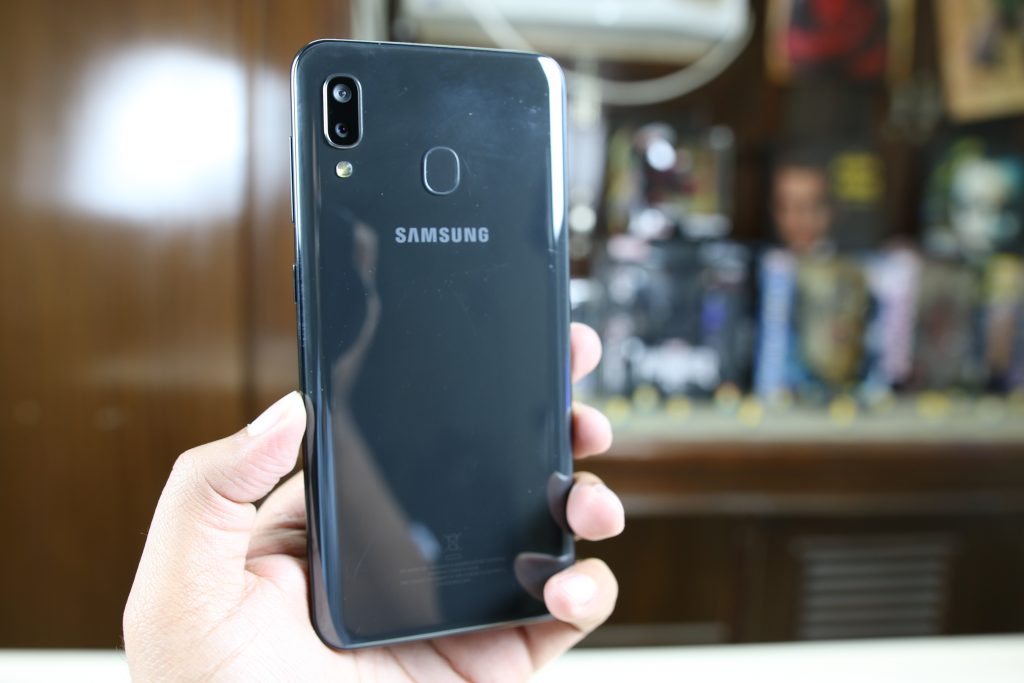 One hand usage is becoming an issue with displays getting bigger but A20 does well on this aspect and even with 6.4 inches of the screen it’s still usable by hand although not by everyone. It comes with 3D Prism Design, a texture on the back which is ok-ok but being plastic is a fingerprint magnet

It uses the Exynos 7884 which is not the latest offering by the brand but it definitely capable for the price. As we are already familiar with this processor it comes with a total of 8 cores (2*1.6GHz and 6*1.35GHz). It comes with 3GB of RAM and 32GB of ROM, which is further expandable up-to 512GB via SD card.

The device comes with ONE UI based on the Android pie which is the latest version of Android which is itself a great news because generally mid-range or budget phones are never given the serious attention and many manufacturers skip the software update in the future so to give the latest OS from the right direction for longer support and updated phone.

The ONE UI brought a lot of refinement in itself and is considered to be a big leap ahead of Experience UI previously offered and has a lot of performance optimizations which should result in smooth and fast UI overall for day to day activity.

The cameras are generally a weak point of mid-range but in recent years we have seen a lot of significant improvement in camera quality whether be daylight pics or night time. The A20 supports dual rear cameras as the trend follows with one being 13MP (Primary camera) lens with Auto Focus and aperture of 1.9 which should result in more light in the pictures in poor lighting conditions.

Samsung is generally good in cameras and so we can expect good pictures in daylight and decent pics in the night time. 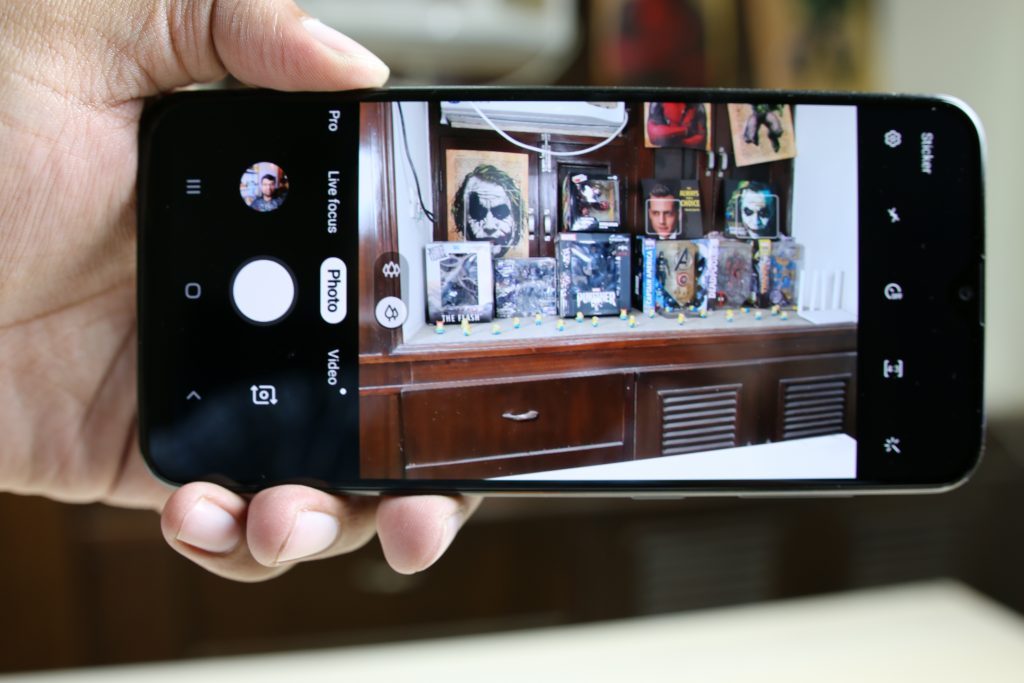 The secondary camera has 5MP resolution with f/2.2 which is an ultra-wide sensor of 123°, which is one of the reasons of buying the A20 because even if its quality won’t match the quality of primary camera sensor it still adds a whole new perspective of pictures. You definitely won’t be tired of trying out the ultra-wide sensor quite soon.

On the video side, it supports a decent resolution of [email protected] which is decent for its price. 4k would have been appreciated would definitely it’s not that big of a concern at this price.

The front camera is of 8MP with f/2.0 which should result in decent selfies at-least in the daytime, rest will be covered in the detailed camera comparison.

Battery and other features 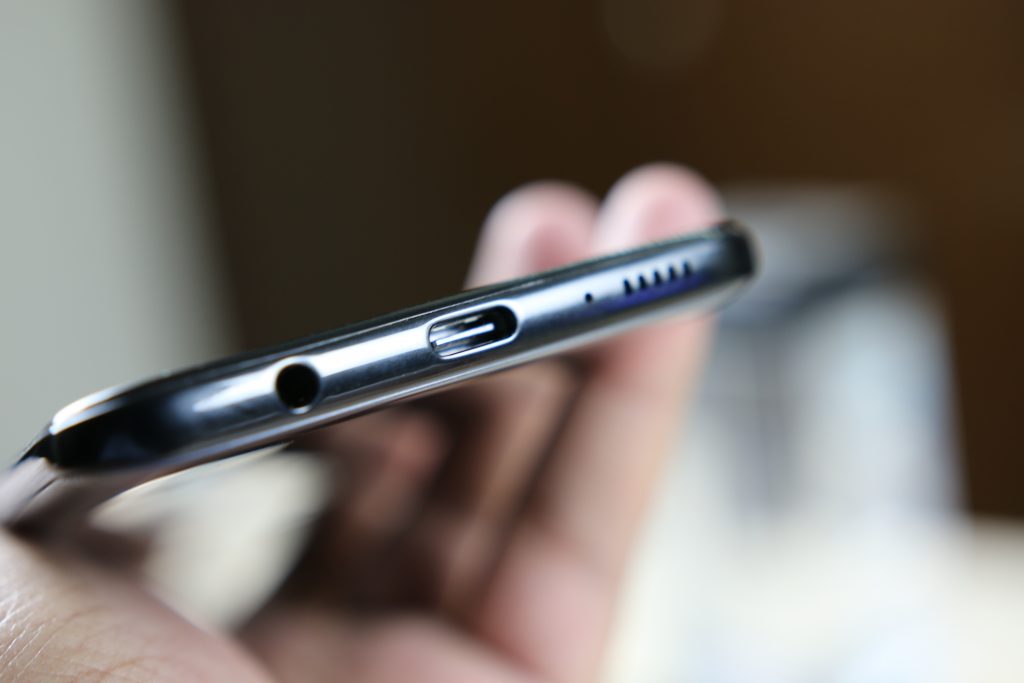 It supports a 4000mah battery which does not allow it to lead the market but to match the competition. It supports a large battery considering the processor, Super AMOLED display which conserves a lot of battery and HD+ resolution, this should result in some good Screen on time in the real world scenario.

Above all, it also supports 15Watt Fast Charging tech is not a huge step-up but definitely worthy. For a 4000mah battery it would still take longer to charge from 0 but will be somewhat 35%-45% faster while charging same battery size with 10Watt charger, yes I am talking about Redmi Note 7, although it supports faster charging up to 18Watts it does not ship with one such charger but A20 does.

The call connectivity and other basic phone functionality are well handled by the A20 like it was expected. It also comes with Dolby Atmos to deliver enhanced audio experience. 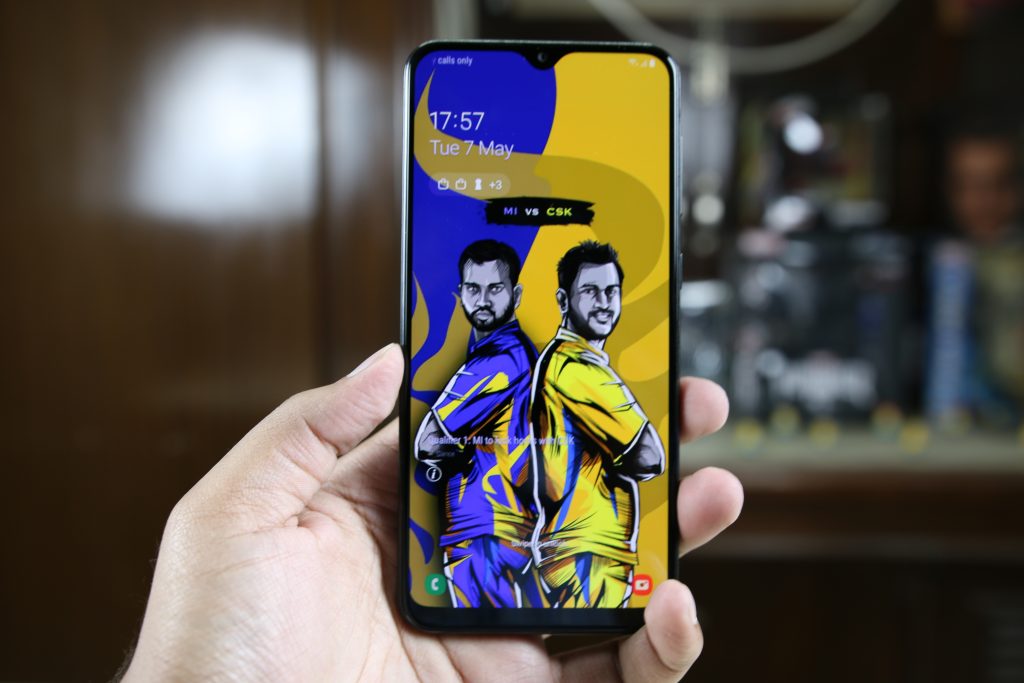 The Samsung Galaxy A20 seems a good offering from a reputed brand like Samsung. The company has been changing its ways and releasing some competitive smartphones in the category. The Galaxy A20 is a phone that has good enough features that work very well together.