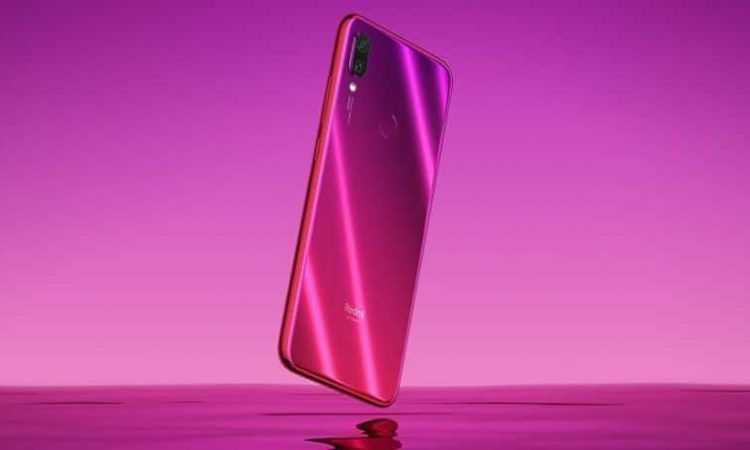 The Redmi Note 7S is launched at a starting price of INR10,999 for 3GB RAM+32GB internal storage variant while the 4GB RAM+64GB internal storage variant is priced at INR12,999. The device will be put up for sale on Flipkart, Mi Home Stores, and Mi.com starting from May 23 and soon will go on sale via offline channels. It will be offered in three color options such as Onyx Black, Sapphire Black, and Ruby Red.

The sturdy enough Redmi Note 7S comes with the curved glass back and features Gorilla Glass 5 at the front as well as the back. There are a USB Type-C port, IR Blaster, 3.5mm audio jack as standard connectivity options along with a fingerprint scanner mounted at the back. In addition, the Redmi Note 7S is P2i nano-coated to make it splash resistant. 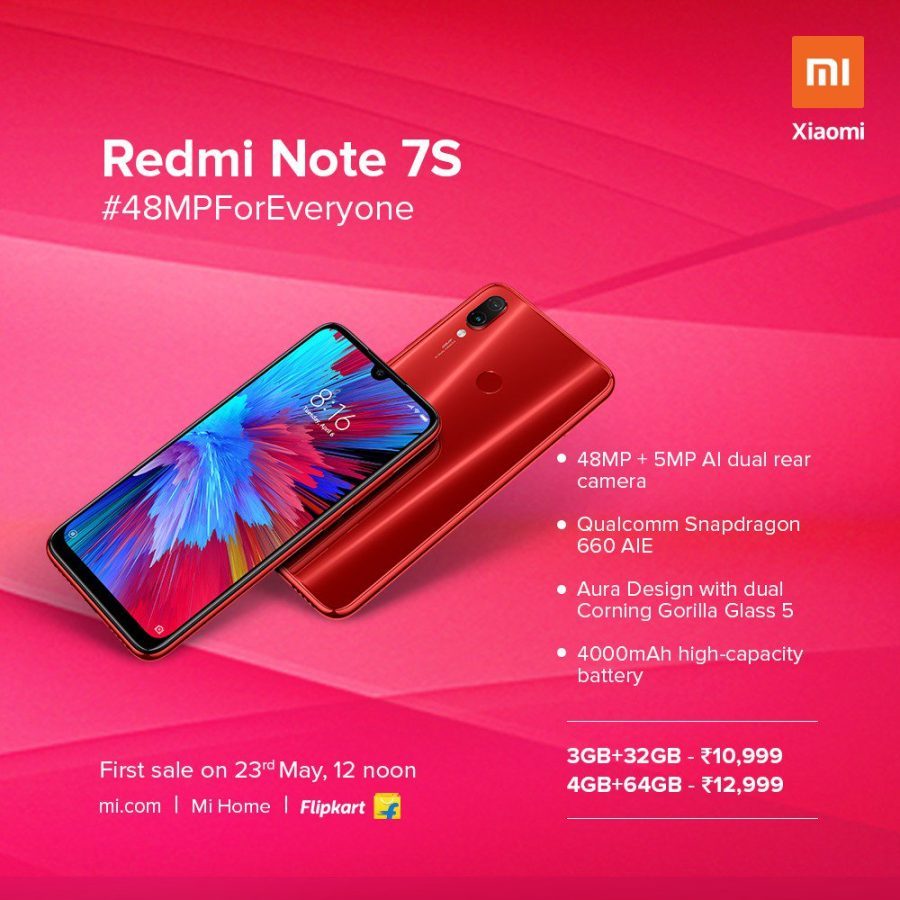 The camera is, however, the most salient aspect of the Redmi Note 7S. It sports a dual camera setup at the rear, which includes a 48MP Samsung GM1 sensor with f/1.8 aperture and a 5MP depth sensor. The camera app is preinstalled with features like auto scene detection, AI Portrait and more. As per Xioami, the handset uses a “Super Pixel” technology that mingles four pixels into one while capturing photos. Up front, it tacks on a 13MP selfie camera for selfie and video chatting purposes.

So far as the software is concerned, the Redmi Note 7S boots MIUI 10 running atop Android 9 Pie while for the juice it relies on a 4,000mAh battery with Qualcomm Quick Charge 2 (10W) support out-of-the-box though it can support up to Qualcomm Quick Charge 4. Among other things, it supports 4G VoLTE, GPS, Bluetooth 5, and dual hybrid SIM slots. 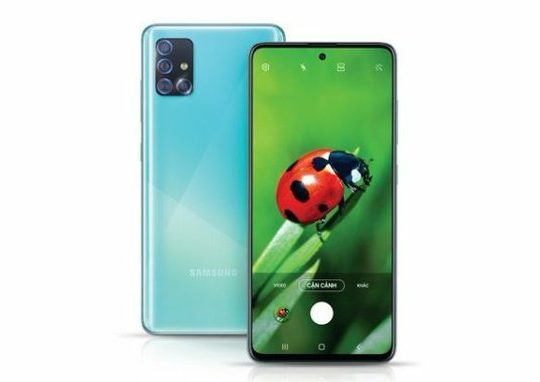