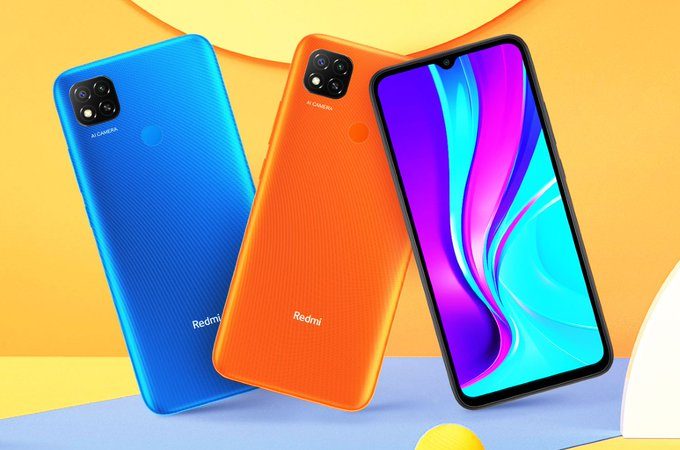 Heading onto the specifications, the Redmi 9 features a 6.53-inch HD+ (720×1600) display with a 20:9 aspect ratio. The display has a water-drop notch for housing the selfie camera.

Under the hood, the Redmi 9 is fueled by an octa-core MediaTek Helio G35 SoC coupled with 4GB RAM and 64GB/128GB default storage, which can be expanded to 512GB through a dedicated microSD card. On the software front, the smartphone runs MIUI 12 based on Android 10. 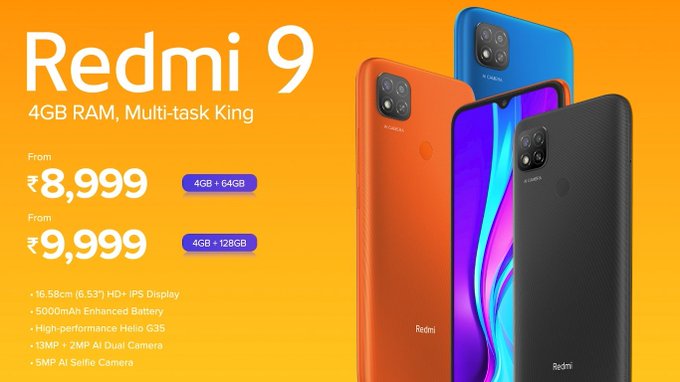 As far as the cameras are concerned, the Redmi 9 sports dual cameras at the back (unlike three rear cameras on the Redmi 9C) and a single camera at the front. The square-shaped rear camera setup includes a 13MP primary sensor and a 2MP depth sensor. A 5MP selfie shooter lurks inside the water-drop notch on the front.

Redmi has packed a massive 5,000mAh battery inside the Redmi 9 and equips it with a 10W fast charging. A compatible charger is also bundled inside the box.

In terms of other connectivity options, the Redmi 9 supports 4G VoLTE, Wi-Fi, GPS/A-GPS, Bluetooth 5.0, and 3.5mm headphone jack. For biometrics, the Redmi 9 has a rear-mounted fingerprint scanner as well as the face unlock feature. The smartphone measures 164.9×77.07×9.0mm in dimension.