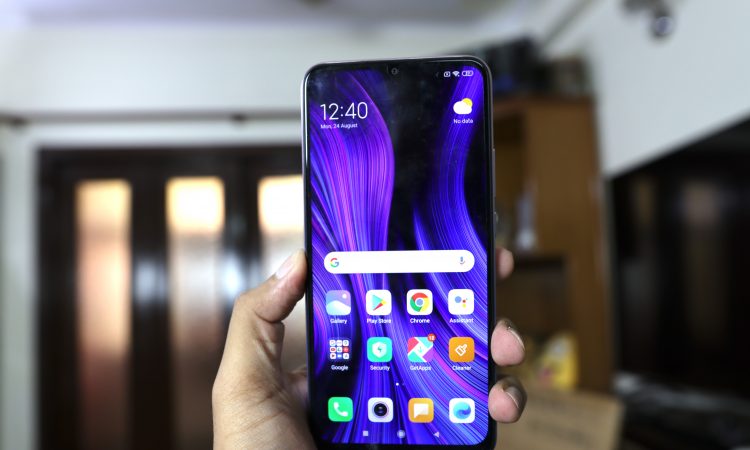 Xiaomi has reintroduced the Prime branded smartphone in the Indian market after a long time. It will likely fill the void created in sub-INR10,000 price bracket as the Redmi Note 9, due to the GST increment, has launched costing INR11,999, which might have been priced lower otherwise.

The Redmi 9 Prime is launched priced at INR9,999 with an Helio G80 SoC, 13MP quad cameras, and an FHD+ display. We have tried to find out whether the new smartphone makes an attractive proposition under INR10,000 to keep the customers pleased. Read our review of the phone.

The Redmi 9 Prime comes in two variants with 4GB RAM and 64GB storage and 4GB RAM and 128GB storage, respectively priced at INR9,999 and INR11,999. For the review, we had the latter variant. Besides the phone, the box content included a user manual, transparent silicone case, SIM ejector pin, USB Type-C cable, and 10W adapter though the phone supports 18W fast charging.

The Redmi 9 Prime comes in unibody polycarbonate design. The smartphone doesn’t feel flimsy to hold nor gets smudgy on the rear thanks to textured back. Moreover, the front is protected by Gorilla Glass 3. 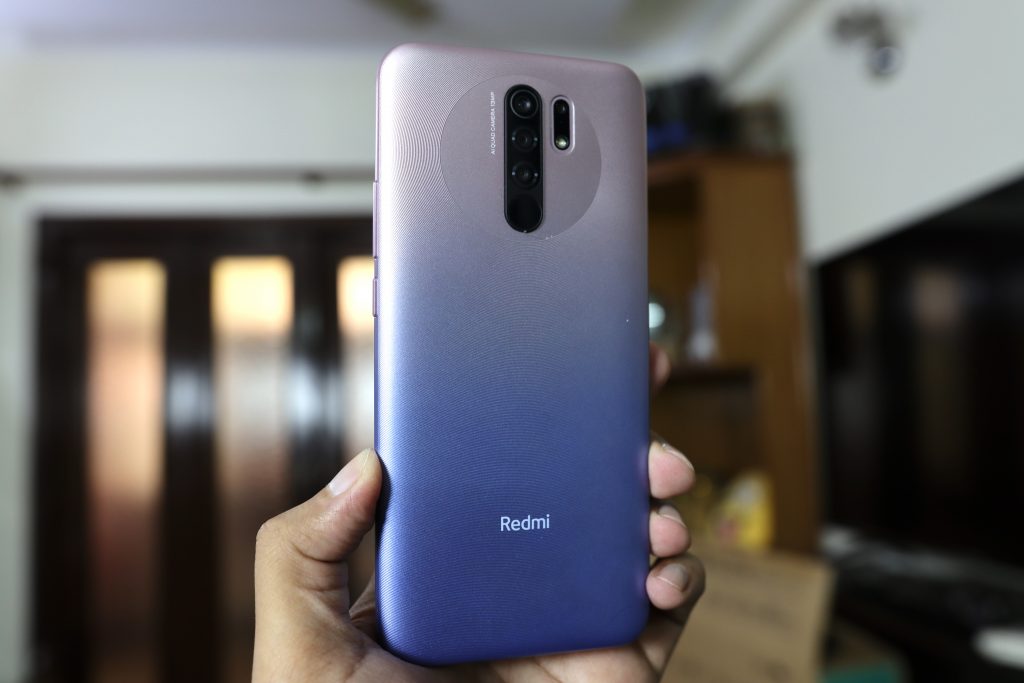 The Redmi 9 Prime display features a water-drop notch and a slightly thick bottom bezel. On the back, there is a vertically placed camera setup surrounded by a circular patch akin to the POCO X2. The fingerprint scanner is also situated below the same camera module, making it slightly tricky for fingers to reach there. However, with little practice, we got used to it. At 198 grams of weight, the phone is tad heavier. At the same time, with rounded edges, it grips better into the hands.

The phone comes with a USB Type-C port, which is now becoming standard in Xiaomi’s affordable phones. Along with Type-C port, the bottom of the device also houses a microphone, a speaker, and a headphone jack. The right frame lines the power button and the volume rockers while the left frame gets the SIM tray that includes two Nano SIM card slots and a dedicated microSD card slot. 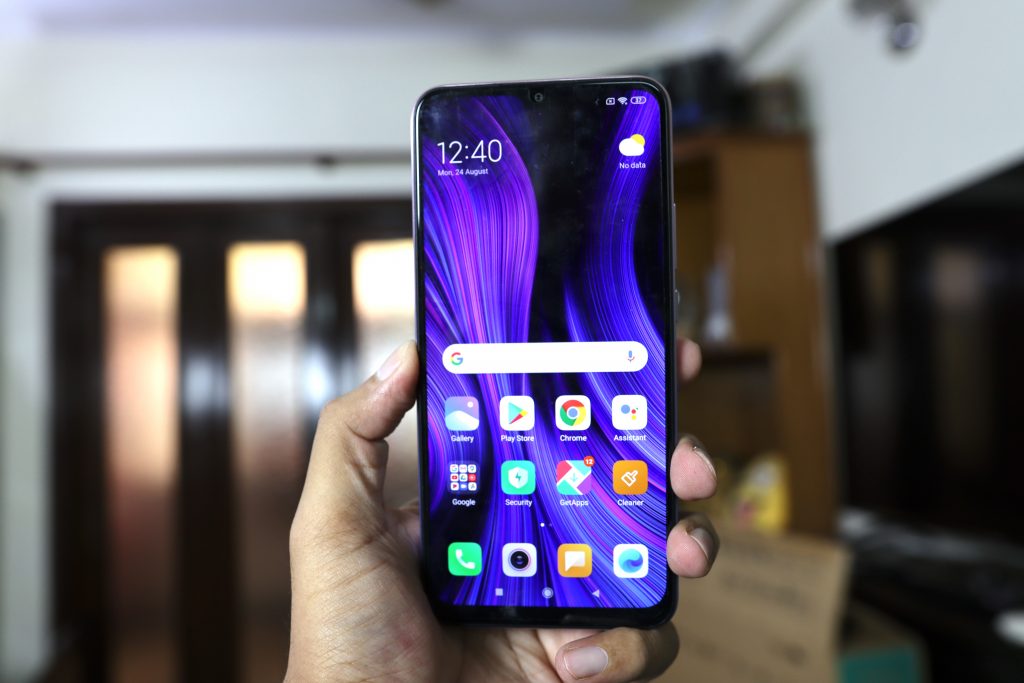 One of the major highlights of the Redmi 9 Prime is its FHD+ (1080×2340) resolution for a 6.53-inch display. Most of the phones in this price segment are only offering HD+ resolution. The FHD+ screen on the Redmi 9 Prime ensures the videos and games look sharper. It renders punchy colours with right viewing angles, although the brightness level could have been better, especially in the outdoors.

With the Redmi 9 Prime supporting the Widevine L1, videos on Netflix and Amazon Prime look great with accurate colour reproduction.

Pumping power from under the hood is the MediaTek Helio G80 SoC which is fairly capable chipset giving you a performance as good as you would expect at this price. The 4GB RAM further elevates the performance. Jumping between the apps, calling, or browsing everything works just fine. It can perform day to day tasks with ease.

When it comes to gaming, the Redmi 9 Prime can run graphics-intensive games like PUBG Mobile smoothly, loading in HD graphics and supporting high framerates. Lags are there, but those are in keeping with the price you are paying. The smartphone does get warm in an extended duration of gameplay, but it’s not alarming. 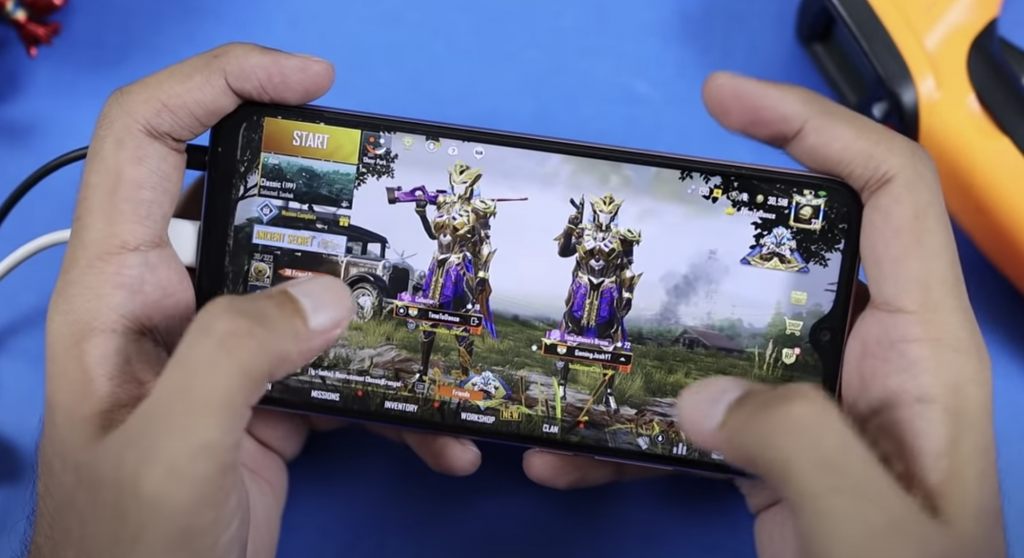 In terms of other performances, the fingerprint scanner though placed at an unusual place works swiftly and accurately. The face unlock feature is also reliable. The Redmi 9 Prime supports 5GHz Wi-Fi, allowing you faster downloads on high-speed internet connection. However, the speaker is just about average. To complement FHD+ viewing experience, it should have been slightly louder in our opinion.

On the software front, the Redmi 9 Prime ships with MIUI 11 out of the box, based on Android 10. During the setup process, you will be greeted with GetApps that suggests several apps to install. Even if you reject the suggestions, there is still some preinstalled bloatware, some of which can be uninstalled, however. MIUI does offer some useful features like system-wide dark mode, Google Discover, Game Turbo, and the ability to lock background apps, among others.

For optics, the Redmi 9 Prime gets four rear cameras featuring a 13MP primary sensor, an 8MP ultra-wide sensor, a 5MP macro sensors, and 2MP depth sensor. There is an 8MP primary sensor on the front. The simple camera app includes Slow-motion, short-video, portrait, and Pro modes. 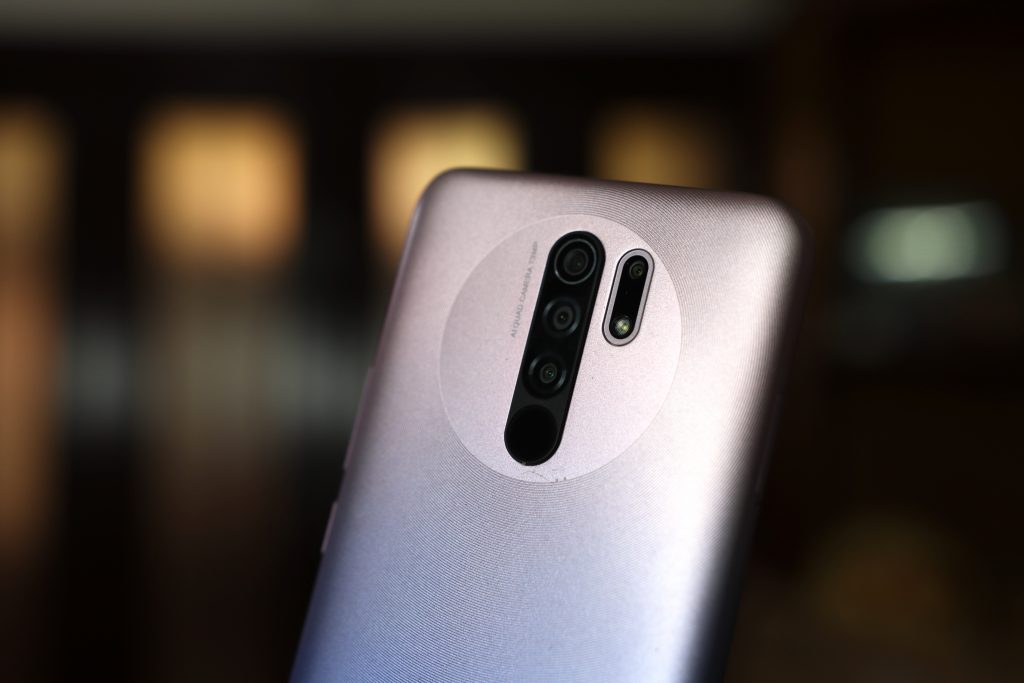 Daylight photography by the primary camera is decent with AI and HDR modes offering better color saturation and dynamic range. The wide-angle sensor was not so impressive while the macro sensor delivers impressive close-up shots in daylight, although due to the lack of the auto-focus one has to wait till it accurately focuses on the subjects. The selfie camera captures bright images but lacks in details. The selfie images appear smoothened out at times, looking a bit unreal.

While the daytime photography by the Redmi 9 Prime is appropriate for the price, the lack of a night mode is disappointing since the rival devices in this price range are equipped with it. No night mode means pretty basic shots in the low light with no noise reduction. Generally speaking, the Redmi 9 Prime’s camera performance is average.

One of the strong suits of the Redmi 9 Prime is its battery life as it gets a big 5,020mAh battery capable of lasting over a full day which can deliver half a day extra on moderate use. The battery supports 18W fast charging, but apparently to keep the price down the company has bundled only a 10W charger. It means the phone will take a long time to fill to the brim. For a 100% charging, it takes about 2 hours and 50 minutes. During the gaming session, battery depletion is moderate. So whether you are watching videos or playing games, rest assured the battery won’t give up midway. 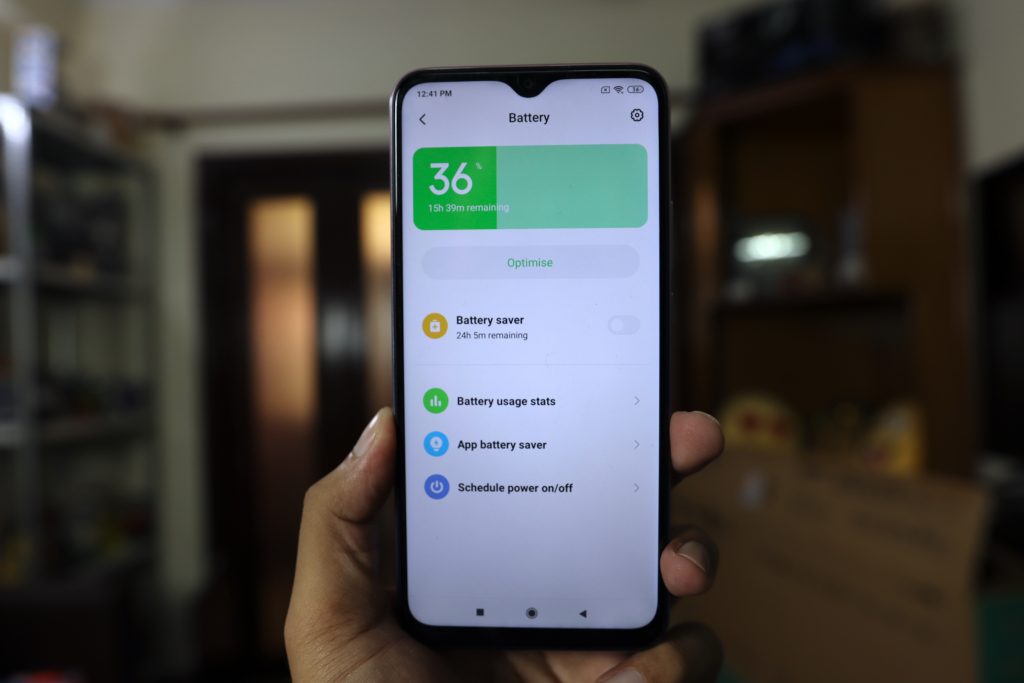 The base variant of the Redmi 9 Prime with 64GB RAM is easily recommendable. But if you are to buy the 128GB version at INR11,999, we would instead advise you to go for the Redmi Note 9 which boasts of better cameras, fast charging, and slightly better chipset.

As said earlier, the Redmi 9 Prime is right choice under 10k largely due to its FHD+ display. But along with that you also get a long durable battery and reliable performance. It is one of the best gaming smartphones under this price range as well. However, it somewhat falls short of the photography prowess, but still not that bad for its price.

If the photography is not your priority, the Redmi 9 Prime is currently one of the best affordable options for you. Its other aspects are well taken care of, befitting the price segment it belongs to. Next sale for the smartphone will begin on August 24, at 12 noon via Amazon India.