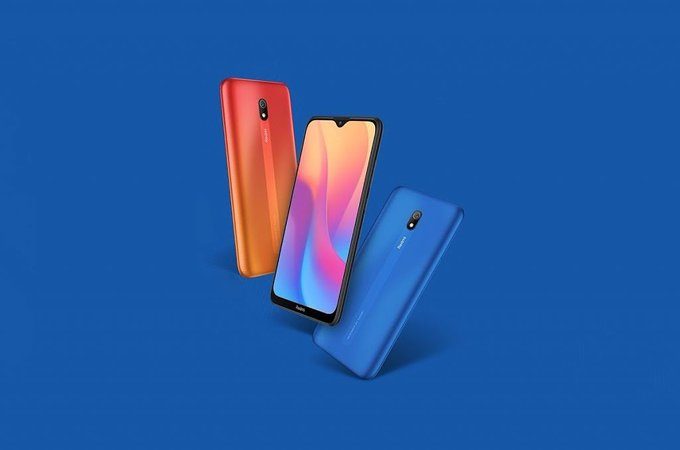 The Redmi 8A features Aura grip design which the company says will prevent the handset from slipping off the hands as well as attract fewer smudges than the other handsets in this price range. The display uses a water-drop notch upfront. The screen is also protected by Gorilla Glass 5 which adds required toughness to the device.

The smartphone has a bigger 6.22-inch IPS LCD display with 720×1520 HD+ resolution and 19:9 aspect ratio. Under the hood, it is powered by 12nm Qualcomm Snapdragon 439 octa-core SoC paired with 2GB/3GB RAM and standard 32GB built-in storage. 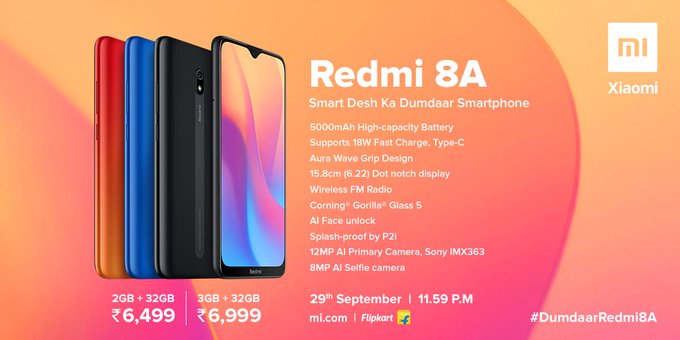 The good thing is that the Redmi 8A is a dual-SIM smartphone offering a third dedicated slot for a microSD card that can expand the storage to up to 512GB.

The smartphone considering its entry-level grade comes with a single camera module both on front and back. It tacks on a 12MP Sony IMX363 primary sensor on the rear with f/1.9 aperture, dual pixel PDAF, and LED flash. The camera boasts AI-based portrait mode as well as AI scene detection.

On the front side, an 8MP selfie shooter lies inside the water-drop notch. Both cameras support HDR and 1080p video recording capability at 30fps.

On the software side of things, the Redmi 8A boots MIUI 10 based on Android Pie 9 out-of-the-box. Like any other Redmi A-series phones, the Redmi 8A also comes with a massive battery, which is of 5000mAh capacity. The battery also supports 18W fast charging, but the handset is bundled with a 10W charger only.

For biometrics, the smartphone makes use of AI-enabled Face Unlock since it lacks a physical fingerprint scanner. The smartphone for being P2i coated is splash resistant. There is a USB Type-C port and wireless FM Radio. Other connectivity options include 4G LTE, Wi-Fi, GPS, Bluetooth 5.0, and micro USD port.

The Redmi 8A is up for a competition against the likes of the Realme C2, the Galaxy M10, the Vivo Y90, the Infinix Hot 8, and others in the similar price points.