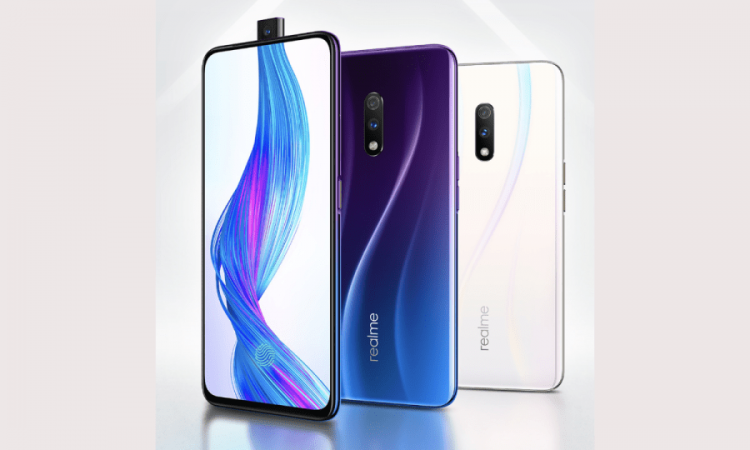 After disrupting the low-mid range market in India Realme has now forayed into its homeland, China. The company today launched the Realme X in the Chinese market alongside the Realme X Lite. While Realme X Lite is a rebranded version of the Realme 3 Pro that was launched in India last month the Realme X is a brand new smartphone with quality specifications.

On the photography front, the Realme X sports a dual-rear-camera setup that includes a 48MP  Sony IMX586 primary sensor with f/1.7 aperture and a secondary 5MP depth sensor. Up front, a 16MP pop-up selfie camera with f/2.0 aperture handles the task. The camera configuration of Realme X is same as the OnePlus 7 which launched just yesterday.

On the software side of things, the Realme X boots ColorOS 6 running on top of Android 9 Pie. The smartphone is backed by a 3,765mAh battery with VOOC 3.0 flash charging support which was first introduced with the Realme 3 Pro.

For authentication, the Realme uses the in-display fingerprint sensor on Realme X, which is for the first time in its history. As far as the connectivity options are concerned the Realme X supports Dual 4G VoLTE, Wi-Fi, Bluetooth 5, GPS, USB Type-C port, and 3.5mm audio jack. Amongst other things, the Realme X comes with HyperBoost 2.0 and  GameBoost 2.0 features for enhanced performance and gaming experience respectively.

The Realme X is set for going on sale beginning May 20 in China. The company has confirmed that the smartphone will soon be hitting the Indian market as well.