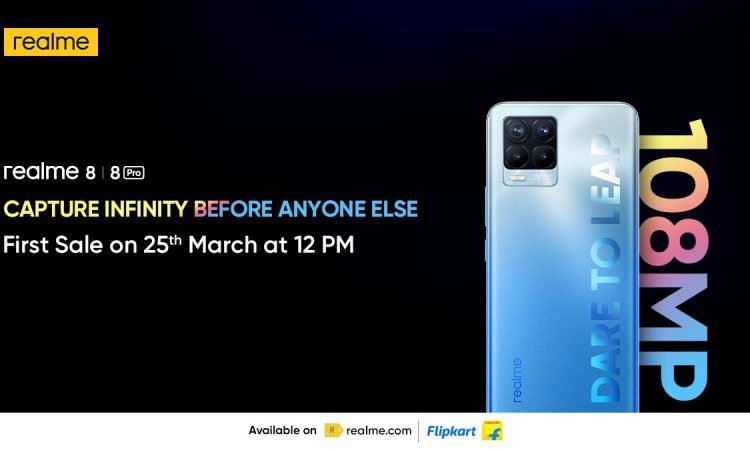 The successors to the Realme 7 series of phones have arrived. In an online event, today Realme took the veils off the Realme 8 and Realme 8 Pro. The two smartphones come with a Super AMOLED display, quad-rear cameras, and 128GB starting internal memory. The much-anticipated Realme 8 Pro 5G, however, didn’t feature in today’s launch event.

Both the smartphones will be put up for sales on Flipkart starting March 15 at noon. The smartphones will also be available to buy on the Realme India website and mainline stores. Purchasing the phones via ICICI Bank Credit card and EMI transactions will fetch you a 10 percent instant discount. 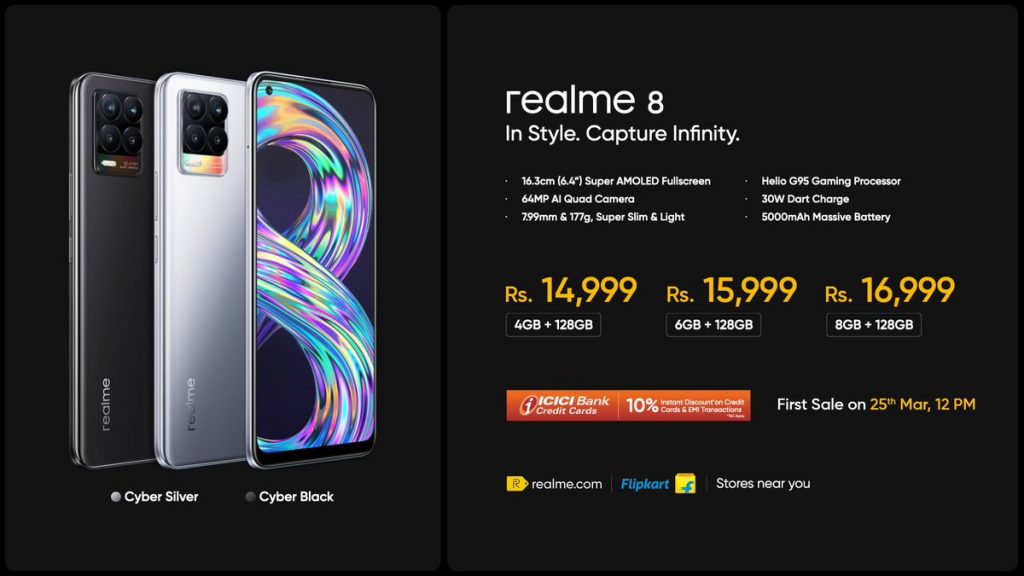 Under the hood, it is powered by a MediaTek Helio G95 SoC coupled with up to 8GB RAM and up to 128GB UFS 2.1 storage that can be expanded via a microSD card. On the software side of things, it runs Realme UI 2.0 based on Android 11.

In terms of cameras, the Realme 8 Pro features quad-rear cameras comprising a 64MP primary sensor, an 8MP ultra-wide-angle, a 2MP macro sensor, and a 2MP black and white sensor. On the front, a 16MP selfie camera does its job.

A massive 5,000mAh battery equipped with a 30W Dart Charge fast charging supplies fuel to the phone. A supported charger is also included in the box. Other features of the phone include 4G VoLTE, Bluetooth 5.0, GPS, USB Type-C port, a 3.5mm headphone jack, and an in-display fingerprint sensor.

The Realme 8 Pro sports the same-sized display and similar display properties to the Realme 8, whereas it differs in terms of chipset, battery, and primary sensor. 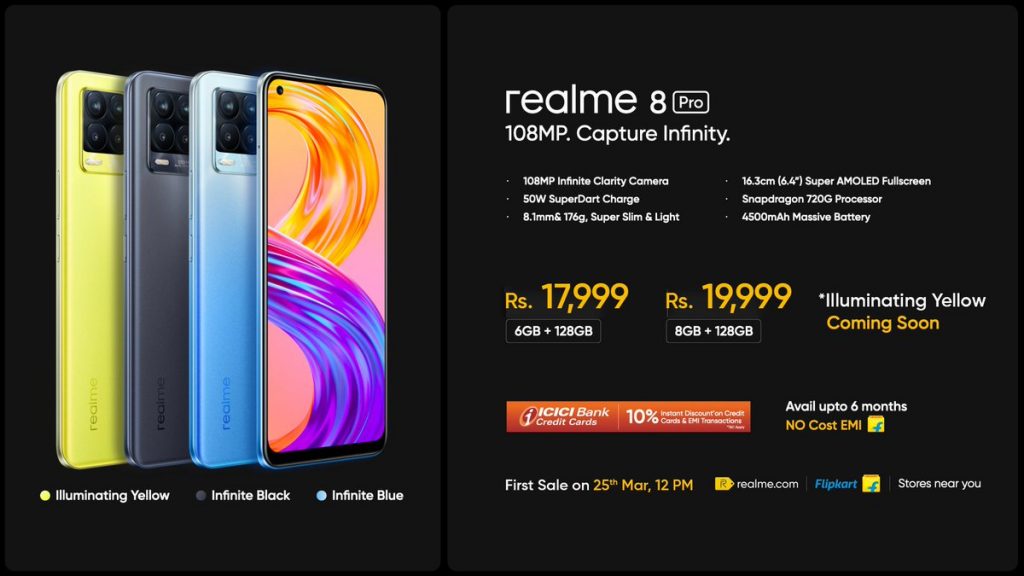 The Realme 8 Pro is fueled by a Snapdragon 720 SoC paired to up to 8GB RAM and up to 128GB default storage. It has the same camera sensors as the Realme 8 except for the primary sensor, which is bumped to 108MP in the Pro version.

The battery is smaller rated at 4,500mAh but comes equipped with better 50W SupercDart Charge fast charging technology. However, there is a 65W fast charger included in the box. The rest of the features are identical to the Realme 8.