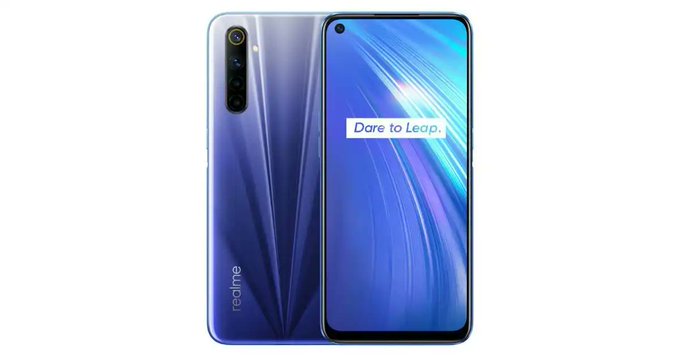 Realme today launched successors to the Realm 6 series in India, dubbed as the Realme 7 and Realme 7 Pro. The smartphone duos come with 64MP quad-rear camera, full HD+ punch-hole displays, and Realme UI based on Android 10.

They are powered by different processors and feature different selfie cameras. At the same time, they have different batteries with different rates of fast charging. But before getting into the details, lets first get the pricing out of the way.

Under the hood, the Realme 7 Pro is powered by Qualcomm Snapdragon 720G processor paired with Adreno 618 GPU, up to 8GB RAM, and up to 128GB internal storage expandable via a microSD card.

Regarding the cameras, the smartphone flaunts a 64MP primary sensor, an 8MP ultra-wide sensor, a 2MP depth sensor, and a 2MP macro sensor. On the front, there is a 32MP selfie sensor. 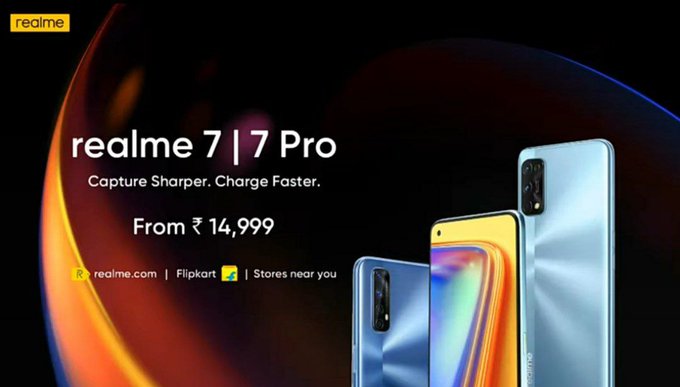 A 4,500mAh battery inside the Realme 7 Pro is aided by 64W SuperDart charge. There is an in-display fingerprint scanner for the biometrics. It also distinctly gets dual stereo speakers along with Dolby Atmos and Hi-Res sound as a pro version.

On the inside, there is a MediaTek Helio G95 SoC paired with Mali-G76 MC4 GPU, up to 8GB RAM, and up to 128GB internal storage, which can further be expanded via microSD card.

The Realme 7 shares the same rear camera modules with the Realme 7 Pro. However, on the front, it has comparatively a lesser resolution selfie camera rated at 16MP.

To get the fuel, it uses a bigger 5,000mAh battery; however, it is equipped with 30W Dart Charge fast charging tech. The fingerprint scanner is side-mounted on the Realme 7.