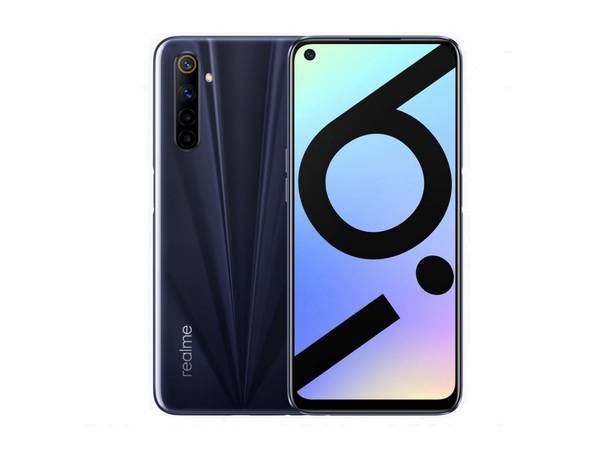 Taking a closer look at the Realme 6i, it sports a 6.5-inch full HD+ (1080×2400) LCD display with 90Hz refresh rates and 90.5 percent screen to body ratio. The screen features a hole-punch cutout on the top-left corner wielding a selfie camera. The display also has the Corning Gorilla Glass protection. 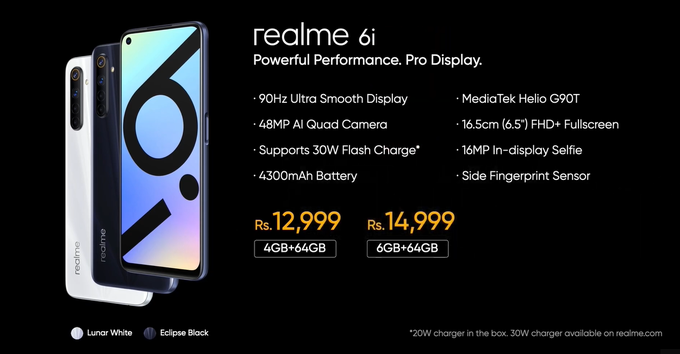 At the helm is the MediaTek Helio G90T SoC paired with up to 6GB LPDDR4x and 64GB UFS 2.1 default storage. There is a dedicated microSD card slot to expand the storage up to 256GB. On the software side of things, the Realme 6i boots Realme UI with Android 10 as the base.

As to the cameras, the Realme 6i features a quad-rear-camera setup that includes a 48MP f/1.8 primary sensor, an 8MP f/2.3 ultra-wide-angle sensor, a 2MP f/2.4 depth sensor, and another 2MP f.2.4 macro sensor. The punch-hole selfie camera is rated at 16MP with f/2.0 aperture. The front camera is equipped with an array of selfie enhancing features, including the Bokeh Effect Control.

For the fuel, the Realme 6i makes use of a 4,300mAh battery that supports 30W fast charging. However, it is only a 20W charger that is supplied inside the box.

Among other things, the Realme 6i supports 4G VoLTE, Wi-Fi, GPS/A-GPS, Bluetooth 5.0, 3.5mm audio jack, and USB Type-C port. The fingerprint scanner is side-mounted, which also doubles as the home button. The smartphone tips the scale at 191 grams and measures 162.1×74.8×8.9mm in dimension.

The Realme 6i will be available to purchase starting July 31 via Flipkart and Realme India website. Buyers will have two color options to choose from, namely Eclipse Black and Lunar White.