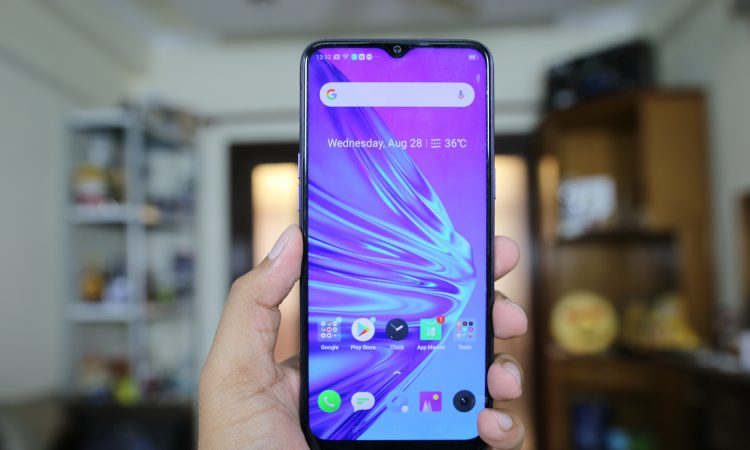 Realme is one of those new brands which has gained much popularity with its devices in a very short amount of time. Thanks to the great offerings at an affordable price, the company managed to be a tough competitor to brands like Xiaomi. At least for the Redmi Series. Anyways, Realme has finally launched its biggest screen device to their Arsenal. Yes, we are talking about the new Realme 5 which has been launched by the Company recently in India. Well, the device has a huge 6.5-inch display which makes it the biggest screen phone from the company till now.

Anyways, the device does look quite big, thanks to the bigger display. But despite its big size, the device does feel pretty solid and is ergonomic to hold in the hands. The company did a pretty great job of curing the back and sides of the device to make it pleasing to hold. 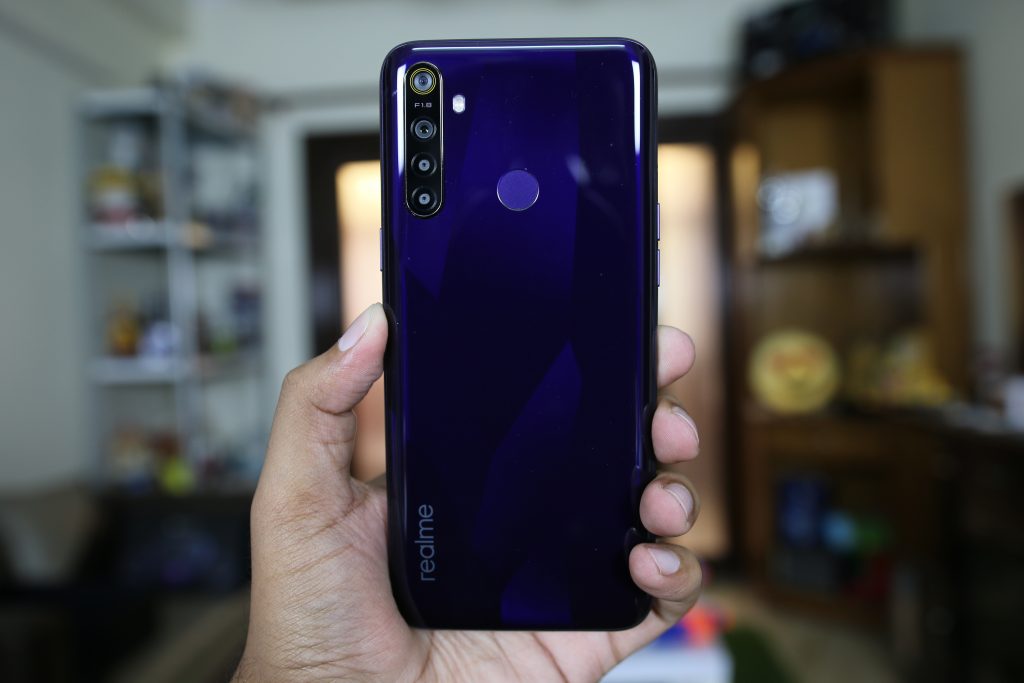 Coming to the front of the device, we can find a waterdrop notch with a camera, a 6.5 inches display and a quite thin chin. To the back, on top, we have the Quad Camera setup, a fingerprint sensor and the Realme branding. Overall, for the price, the device feels snug and looks pretty premium as well. We can definitely say that it is one of the most beautiful looking devices under 10,000 rupees right now in India.

The Realme 5 comes with a massive 6.5 inches HD Plus Display. This is not a Full HD Panel and it has a resolution of 720×1600 pixels. This panel, though is not Full HD, still does look good. The colours on this display are quite vivid, the temperatures are decent and the sunlight eligibility also seems to be fine. We did enjoy watching movies on the smartphone, of course, there are a lot of better devices out there when it comes to the display. But for the price and performance, we think that the display is not a deal-breaker at all. 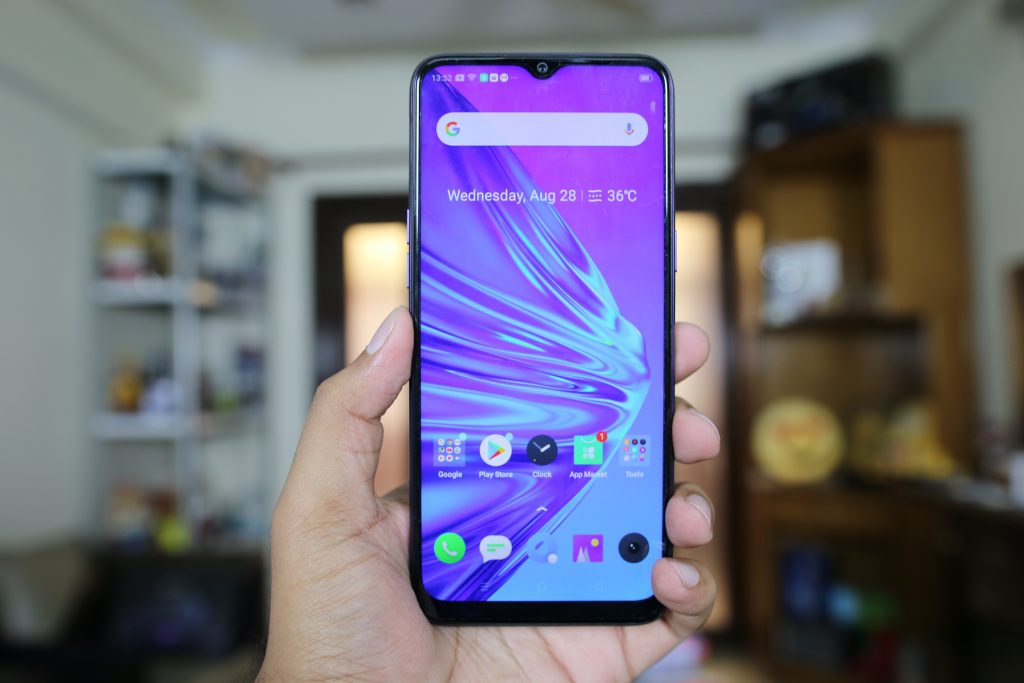 The device does have a fingerprint sensor on the back which is fast and accurate. Face Unlock feature is also available with the Realme 5 for those of you who were wondering. But, the Face Unlock does struggle a bit under the direct sunlight.

The Realme 5 comes with an Octa-Core Snapdragon 665 chip under the hood along with 4 GB of RAM. This configuration is one of the best one till now for that price. If you are looking for a smartphone to enjoy playing games, then the Realme 5 should not disappoint you. However, if you are a heavy user, then you might get disappointed since ColorOS 6 is quite aggressive when it comes to killing the background apps. It is not slow in any way but does not like apps running in the background eating up the memory. 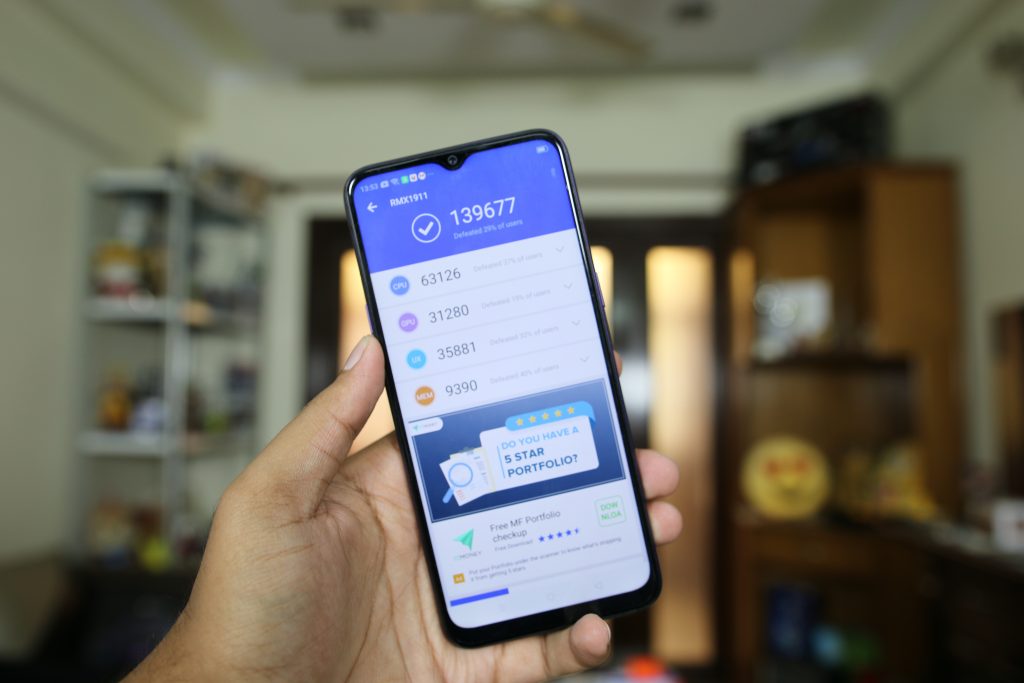 Talking about the ColorOS, the Realme 5 comes with the latest version of Android, the Android 9.0 (Pie) based on the ColorOS 6. Now, the ColorOS 6, as we already mentioned is not the best skin of Android. But the company did showed potential when it comes to optimizing their Software.

This is where things get really exciting, the Realme 5 comes with a Quad Camera Setup at the rear. Yes, you read that right! 4 Cameras at the back. Now, the camera does turn out to be pretty great when it comes to good lightening conditions. You can definitely enjoy taking some portrait shots in the natural lightening conditions with this device. Under low light conditions too, the camera does not struggle and performs pretty decent. To the front, we can find a 13 MP camera which can take some nice quick selfies. 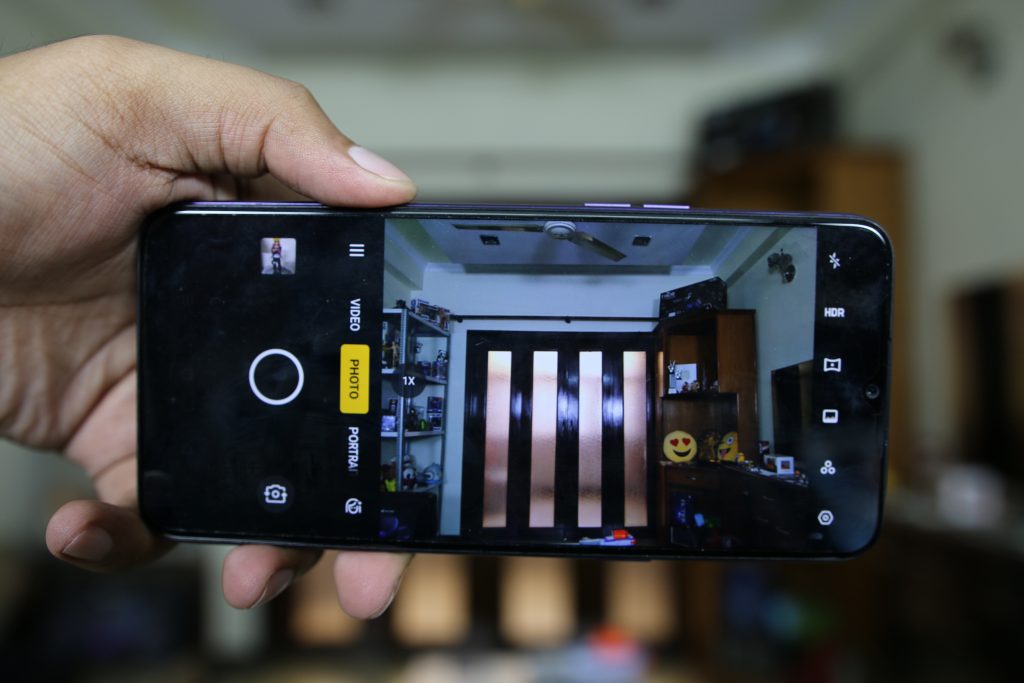 When it comes to battery, the Realme 5 won’t disappoint you for sure. Thanks to the massive 5000 mAh capacity battery that this device has under the hood. Considering the fact that this device has an HD+ Panel, this battery should easily last you around 2 days if you are a light or moderate user.

All in all, the Realme 5 is a great device for those who are on a budget and does not care about the Big HD+ Display or the ColorOS 6. It is actually a pretty great pick for those who like consuming multimedia content on their device or someone who travels a lot and want a device with great battery backup. Also, this device is the most affordable Snapdragon 665 device as of writing this post. To conclude things, we can definitely say that the Realme 5 is a great pick for anyone looking for an Android Device around 10,000/- INR.

To conclude things, we can definitely say that the Realme 5 is a great pick for anyone looking for an Android Device around 10,000/- INR. 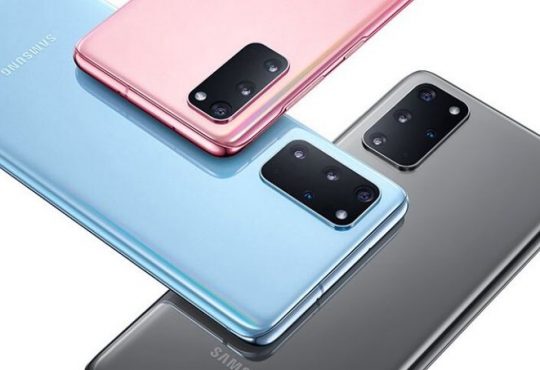 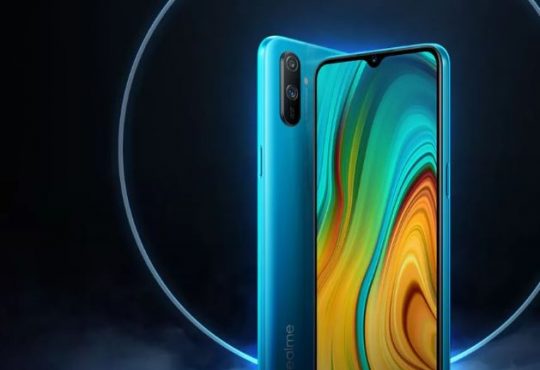