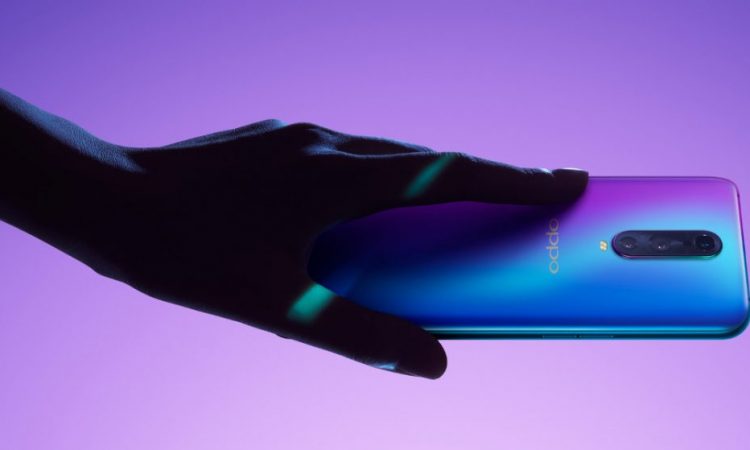 OPPO has launched their new smartphone, the OPPO R17 Pro in India. The phone was first introduced to the marker back in August this year and it comes with a 6.4-inch Full HD+ display that has an aspect ratio of 19:9. The display being used here is an AMOLED panel with a notch and the phone has a 91.5% screen to body ratio. That said, the phone also has an in-display fingerprint sensor that as per the company, can unlock the phone in 0.41 seconds.

Under the hood, the phone is running on a Snapdragon 710 processor with 8GB RAM and it has ColorOS 5.2 that has Android 8.1 Oreo at its core. The phone features a 25 MP front camera with AI features and at the back, the phone carries a 12 MP camera with a variable aperture of f/1.5 and f/2.4. The aperture automatically shifts and adjusts itself based on the scenes and lighting conditions. The camera is also supported by OIS. The primary 12 MP shooter is coupled with a secondary 20 MP sensor that is present to capture depth information for portrait photos and zoom.

The OPPO R17 Pro comes with a Time of Flight (TOF) 3D Sensing camera as well that is present to let you capture 3D photos with 3D depth information. The phone can be easily connected to a TV and used as an Android based game console.

OPPO is using a new 3D fog glass design that uses a new condensing grading process. This process lets the colors blend perfectly with the back of the phone and display amazing reflection and shadows.

The phone is powered by two 1850mAh batteries which means the total battery capacity you have at your disposal is 3700mAh. The battery can be fast charged with Super VOOC Flash Charge that can charge the phone from 0 to 40% within 10 minutes and 0 to 100% within 40 minutes. The technology uses a 10V and 5 A SuperVOOC Charger that can produce 50W to the phone.

The OPPO R17 Pro has been launched in India in Radiant Mist and Emerald Green colors and you can buy it for Rs. 45,990 from Amazon.in where it is currently available for pre-order. The phone will officially go on sale from 7th December 2018.