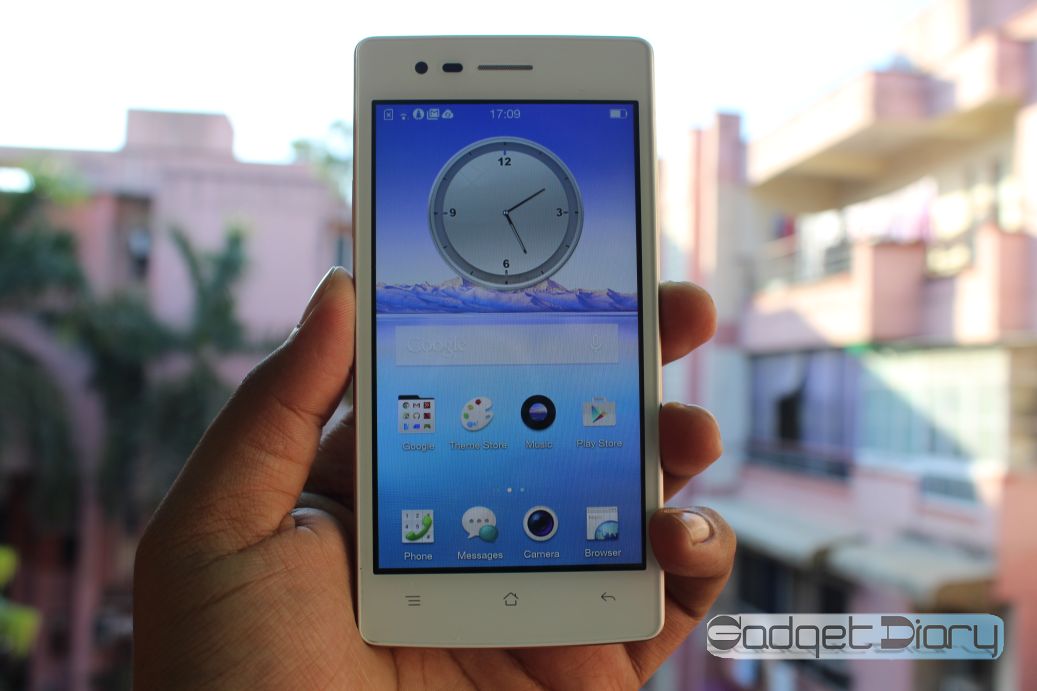 The Indian smartphone market is getting full of Chinese Smartphone companies which are coming with cheaper versions of a phone. While brands like OnePlus and Xiaomi are making a lot of buzz, there are brands which are yet to mark their presence.

When Oppo came into the market, it attracted a lot of users. It was its rotating camera in models like Find 7, N1 that made it stand out from the crowd. But, things went downhill for the brand when Xiaomi, Lenovo and Asus launched their mid-range phones which are still a big hit in the market. 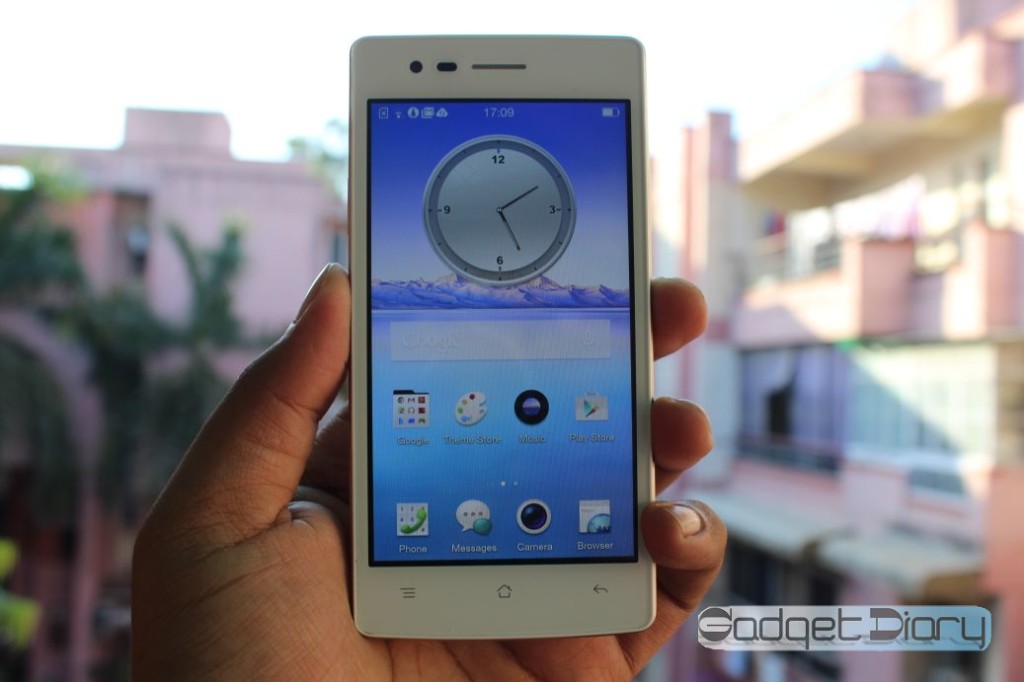 Oppo Neo 5 was a decent phone and company tried very hard to make it big. Oppo is back and this time it has come up with the updated and better version of Oppo Neo 5. The name is same with only 2015 added to it. Lets’ see whether Oppo Neo 5 2015 is that phone which will make Oppo the top contender in the market or it will just come and go just like most of the other smartphones these days.

There is nothing new about the design of the phone. Oppo Neo 5 2015 comes with a flat front and back with a metallic band around the edges. The phone measures 131.9 x 65.5 x 8 mm and weighs around 135 grams. 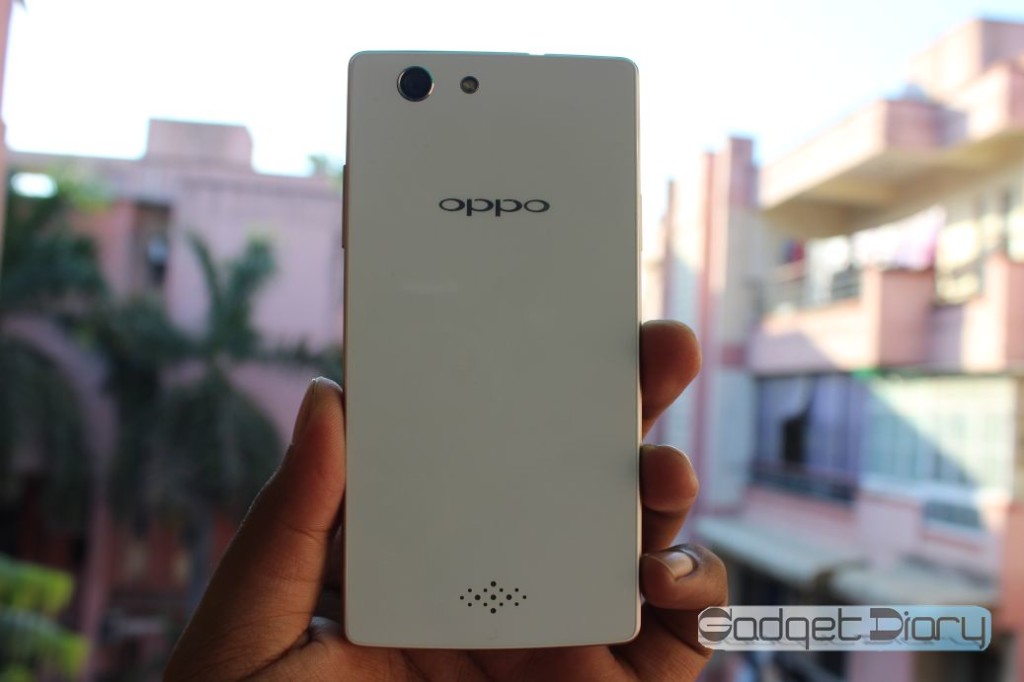 The phone is made up of plastic and features a metallic band around its edges. There are capacitive buttons which are just below are the screen. One thing is that the rings around the camera lens and flash on the back side are also metallic. The phone is compact in size and the best part of its design is the patterned speaker grill on the lower back side of the phone.

The weird thing about the device is its placement of the buttons. In normal phones the power button is place on the right side of the phone and the volume rocker on the left side but, Oppo decided to do the opposite which takes some time to get used to. 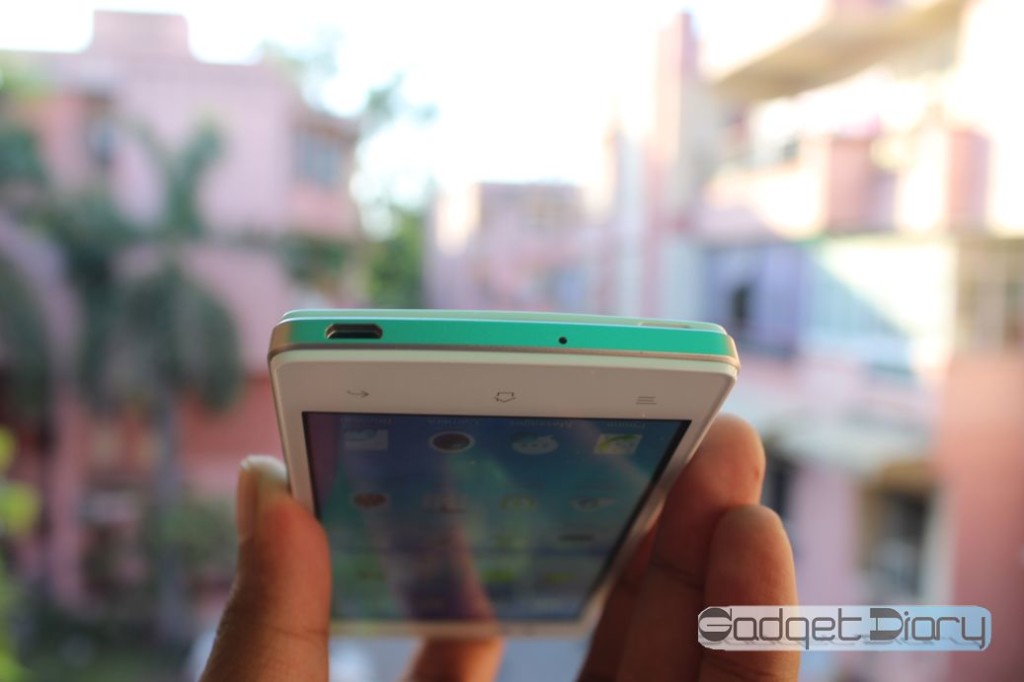 The audio jack is on the top and the USB port and mic hole on the bottom. Although, the back cover is removable but, the battery is sealed. Overall, Neo 5 2015 has good build quality.

Almost every mid-range phone in the market comes with at-least HD display and Oppo is still hanging on a low-resolution display of 480×854 pixels for Neo 5. The screen size is also fairly small at just 4.5 inches. 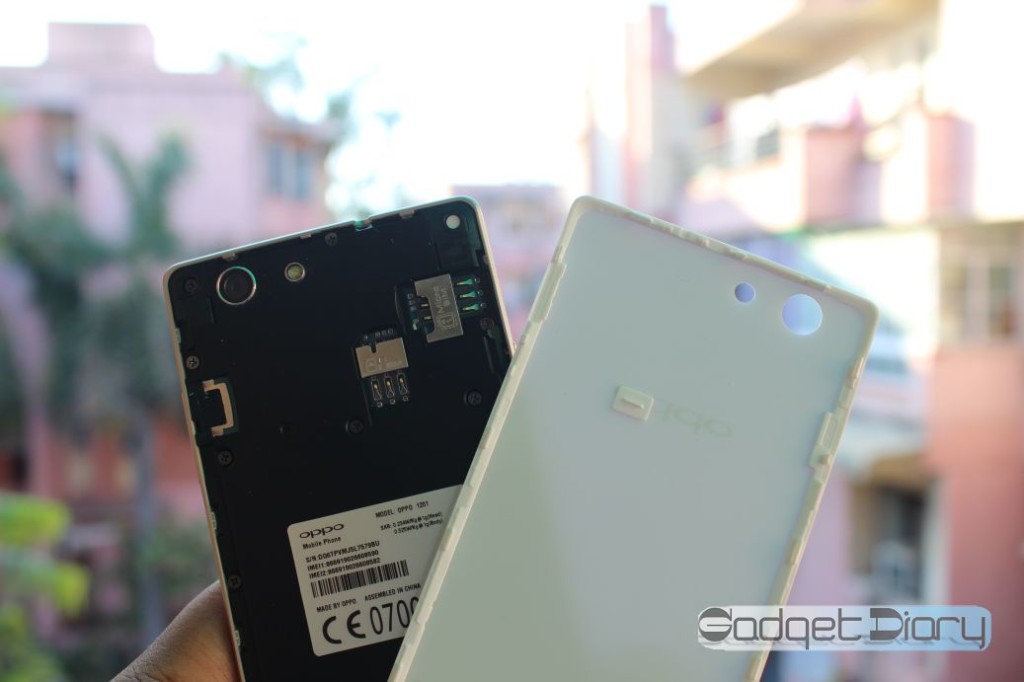 The phone is also weak in terms of processor. It is powered by a weak MediaTek MT6582 processor and comes with a four core 1.3GHz processor. It also features a Mali-400MP2 graphics card which is decent for casual gaming. Oppo has still continued the trend of old days with 1GB RAM and 8GB of ROM. Although, the storage can be expanded up to 32GB and there is USB OTG support for more storage.

The phone also lacks the hottest feature of the current time which is 4G. It is backed up by a 2000 mAh of a battery which is the only thing about the phone. You can use the phone for one complete day with one charge without any issue. While the hardware is not up to mark, even the software disappoints a lot.

Google has launched the Android M and Oppo is still stuck with the old Android 4.4.2. Thankfully there are few useful widgets, wallpapers which offer you the chance to customize the interface. Oppo has added some useful features like permission Monitor where you can take a look at what all things apps are doing on the back end.

If you are a lover of heavy games and multitasking, then there is a bad news for you as the multitasking experience is not as good as you must be expecting from the device. Open three and four apps at the same time and you will feel that phone starts lagging.

In terms of camera, the phone features an 8 MP rear camera and a 2 MP front camera. The camera is supported by  Oppo’s Pure Image 2.0+ which provides a lot of features and modes to the users. Users can use Modes like Snap shot, Double Exposure, Beautify 3.0 etc to click interesting images. 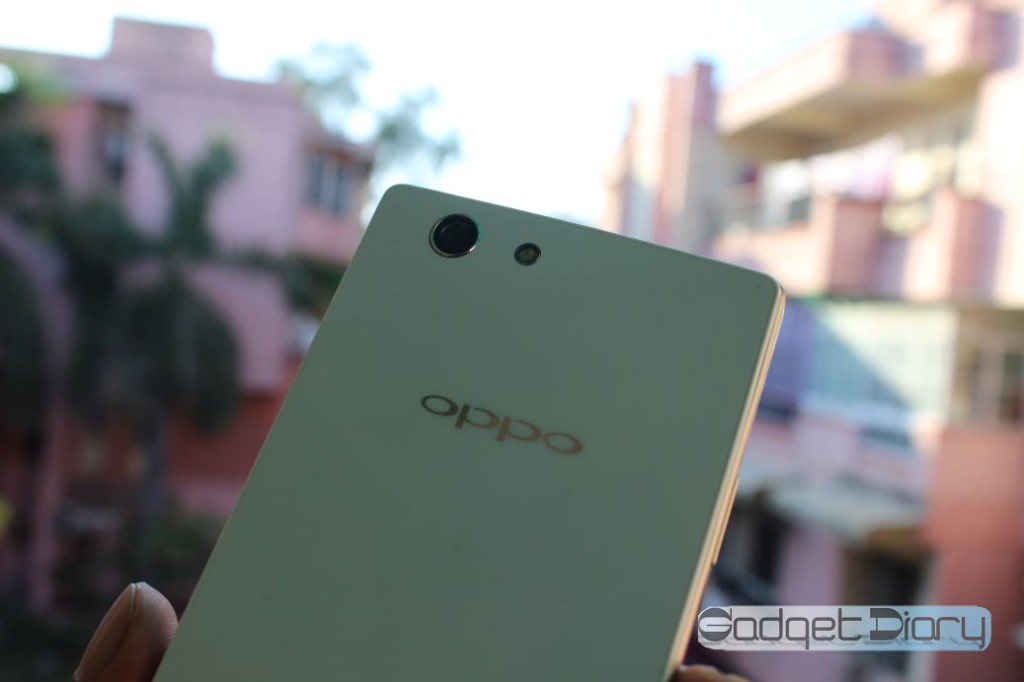 In terms of  camera interface, this is one of the best smartphones in this price segment. Pictures clicked by the camera were decent, but few of them were slightly overexposed and contains noise. The images captured in the low light condition were not upto the mark. Overall, the camera can be used for casual photography.

Oppo Neo 5 2015 is available in India for Rs 9,990 which is slightly on the higher side. It comes with a good build quality and great battery life, but the overall performance is not up to the mark. The camera offers a lot of modes and features to the users who love to click images. So if you are looking for a smartphone which has great battery life and can be used to capture some interesting images then you can check out Oppo Neo 5.