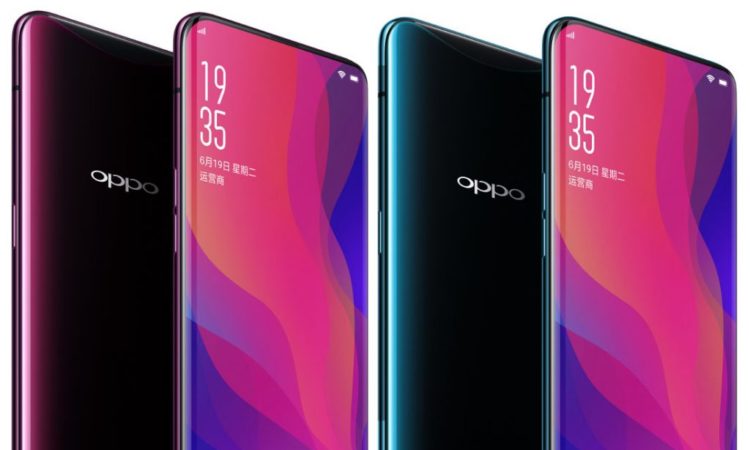 The phone has many other things apart from the display to offer. Under the hood, the phone runs on a Snapdragon 845 processor which is coupled with 8GB RAM. The firmware on the phone is ColorOS 5.1 with Android 8.1 Oreo in the core of it.

The phone also features hidden front and rear cameras so that it can get rid of the notch on the front. The cameras are revealed by a sliding motor that pushes the cameras out when you need to take photos or videos.

The rear has a dual camera setup of 16MP and 20MP sensors. You also have other goodies like OIS, AI scene recognition, AI portrait mode, LED flash and more inside the camera app. Oppo is calling the hidden camera tech as the 3D Stealth Camera and as per the company, the sliding mechanism for the cameras have been tested for more than 300,000 times for better durability.

The front camera has a 25MP sensor and is also used for Face Recognition to unlock the phone. Keep in mind that the phone has no fingerprint sensor and the phone only has face recognition for security. The company calls it the O-Face Recognition and it uses 3D Structured Light Technology which is similar to Apple’s Face ID. As per Oppo, this tech is 20 times safer as compared to fingerprint sensor based security for your phone. To unlock, the face unlock system uses 15,000 facial points which scans your face, eyes, and nose to make sure the person who is unlocking the phone owns it.

Oppo has also gone ahead and added 3D Omoji which is quite similar to what you see with Apple’s Animoji. 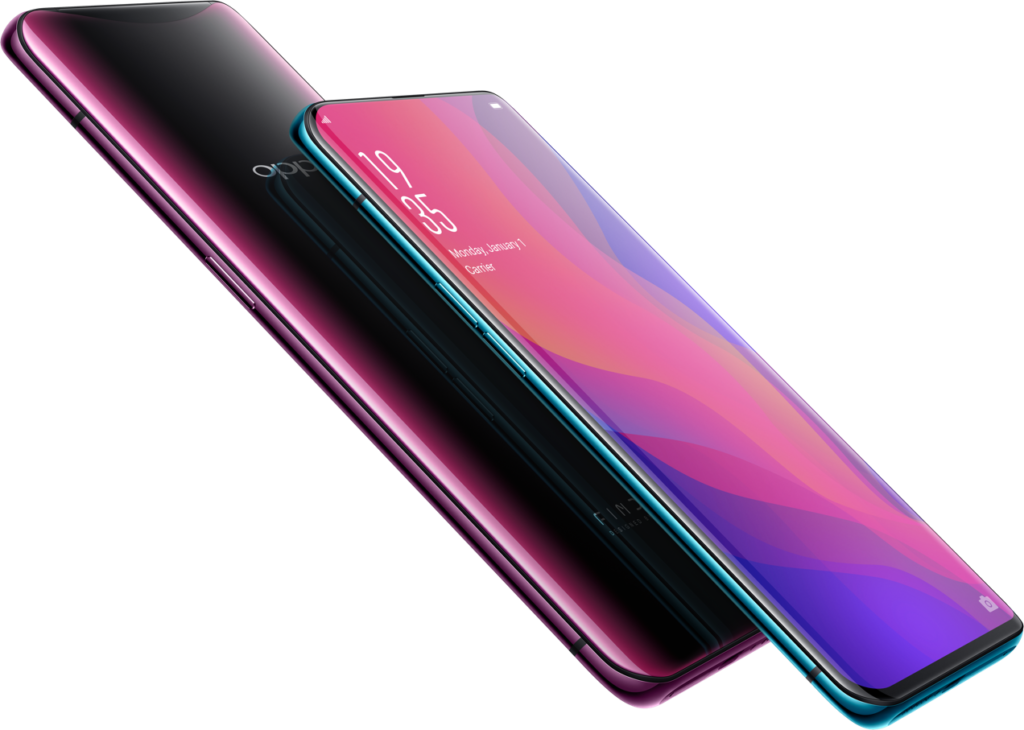 The phone has a full glass body which is protected by Corning Gorilla Glass 5 both on the front and the back. The phone has a 3730mAh battery and supports VOOC flash charge which means you can have fast charging on the phone. As per the company, 5 minutes of charge will give you an extra talk time of 2 hours.

The Oppo Find X will be sold at Rs. 59,990 and will be sold online exclusively on Flipkart. The phone will also be sold in offline stores and the sale will start on 3rd August. You will be able to pre-order the phone in a week or so this month. Everyone who pre-orders the phone will get a gift voucher of Rs. 3000 with the phone.

The phone comes in Bordeaux Red and Glacier Blue colors and Oppo will also be launching the Oppo Find X Lamborghini Edition in India very soon.