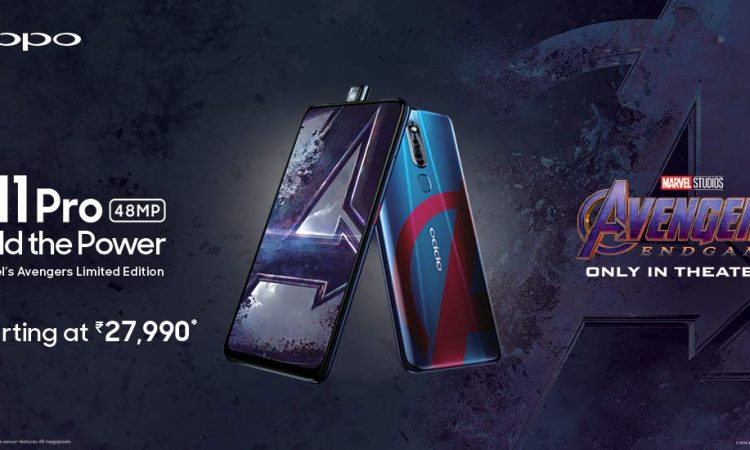 The Avengers: Endgame released in India today amidst a lot of hype and to cash in on the strong buzz surrounding the movie, OPPO has launched the OPPO F11 Pro Avenger’s Limited Edition in the country. The smartphone comes with Avengers-themed wallpaper and changed outer look along with 128GB bumped up internal storage if compared to the original OPPO F11 Pro which was launched in March this year.

The OPPO F11 Pro Avengers Limited Edition is priced at INR27,990 versus INR24,990 of the original one. It is up for pre-booking on Amazon India with shipping slated to begin on May 1. Starting May 4 the device will also be available via offline channels.

The Limited Edition is offered in a special Space Blue color with red Avengers logo at the back along with red accented power button. The special black-colored retail packaging of the handset bears the Avengers logo on top and houses a case with rear-attached Captain America’s shield which doubles up as a pop socket. In addition, the box also includes six Avengers Collector badges and a Collection Certificate. 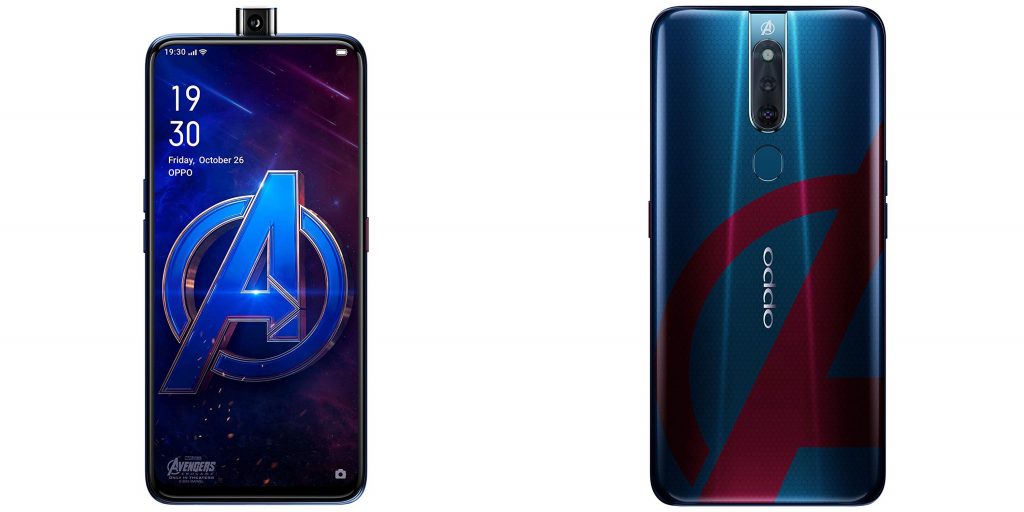 Since the OPPO F11 Pro Avengers Limited Edition is same as the original OPPO F11 Pro in terms of specifications, it flaunts a 6.5-inch full HD+ notch-less display with 90.9 percent screen-to-body ratio and Gorilla Glass 5 protection.

On the inside, a MediaTek Helio P70 octa-core SoC runs the show in alliance with 6GB RAM and 128GB internal storage, expandable up to 256GB via microSD card. This the only variant of the Limited Edition that is offered.

In the imaging department, the F11 Pro Avengers Limited Edition mounts a 48MP primary sensor with f/1.79 aperture along with another 5MP secondary depth sensors at the back while up front it makes use of a 16MP rising camera with an f/1.79 aperture for selfies and video chatting purpose.

On the software side of things, it runs Android Pie with ColorOS 6 skin on top. A 4,000mAh battery with 20W VOOC Flash Charge 3.0 keeps the fuel running through the device. For biometrics, the rear-mounted fingerprint scanner is supported by Face Unlock as well. Regarding connectivity options the smartphone includes 4G VoLTE, Wi-Fi, Bluetooth 4.2, GPS, and micro-USB port to name a few.