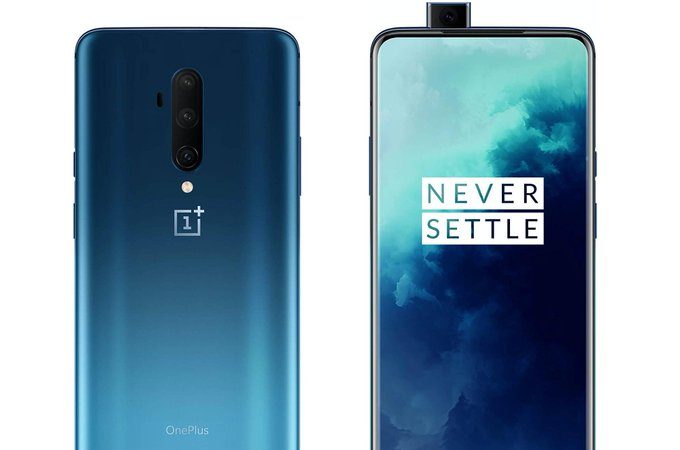 About two weeks ago, OnePlus launched the OnePlus 7T, a successor to the OnePlus 7. And today at an event organized in London, the Chinese company has taken the wrap off the OnePlus 7T Pro, which succeeds the OnePlus 7 Pro, launched earlier this year.

The OnePlus 7T Pro comes with the same design language as the OnePlus 7 Pro with a selfie pop-up camera. However, the back sports the matte frosted finish similar to the OnePlus 7T. The OnePlus 7T Pro carries over the 90Hz refresh rate from its predecessor and features a 6.67-inch Fluid AMOLED curved display with 3120x1440p QHD+ resolution and HDR10+ support.

The OnePlus 7T Pro is powered by the latest 7nm Qualcomm Snapdragon 855 octa-core Plus SoC, which is also integrated into the OnePlus 7T. Compared to the Snapdragon 855 SoC, the 855 Plus SoC brings 15% GPU and 4% CPU performance boost to the table.

The OnePlus 7T Pro packs Adreno 640 GPU, up to 12GB RAM, and standard 256GB UFS 3.0 internal storage without any storage expansion facility, however. 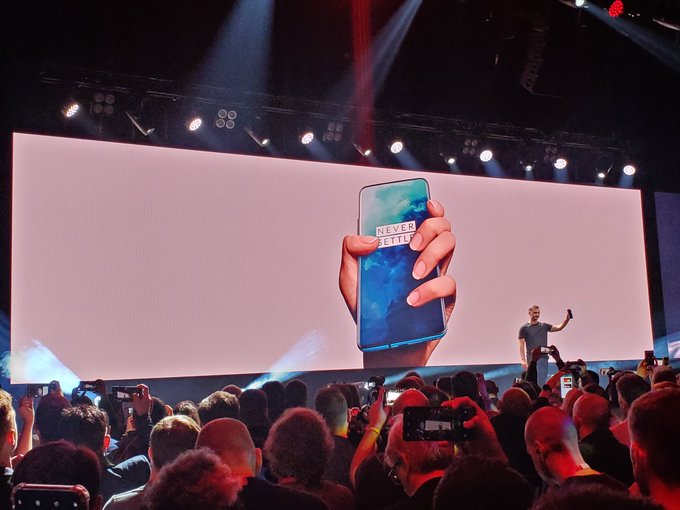 Apart from the powerful processor and the 90Hz display, the camera of the OnePlus 7T Pro is a big draw for the device. The latter mounts triple cameras on the rear comprising a 48MP f/1.6 Sony IMX586 sensor, a 16MP f/2.2 ultra-wide-angle sensor with a 117-degree field of view, and an 8MP f/2.4 telephoto sensor with 3x optical zoom and OIS.

The camera is armed with Nightscape mode as well as the new Super macro mode. For the unwavering videos, the setup is also equipped with a Hybrid image stabilization feature. The front gets a 16MP f/2.0 selfie shooter, which surfaces with the help of the rising pop-up mechanism.

The OnePlus 7T Pro comes in single Haze Blue color and will go on sale starting on October 12 via Amazon India and OnePlus retail channels. OnePlus exclusive stores across eight cities, however, will begin selling the phone a day earlier as part of the early access sale. The smartphone is priced at INR53,999 for the single 8GB RAM+256GB storage variant.

Along with the regular OnePlus 7T Pro, the company has also launched a McLaren Edition of the OnePlus 7T Pro, which is set for a price of INR58,999 for the 12GB+256GB storage configuration.