OnePlus 7T launched with 90Hz display and Snapdragon 855 Plus SoC starting at 37,999 INR 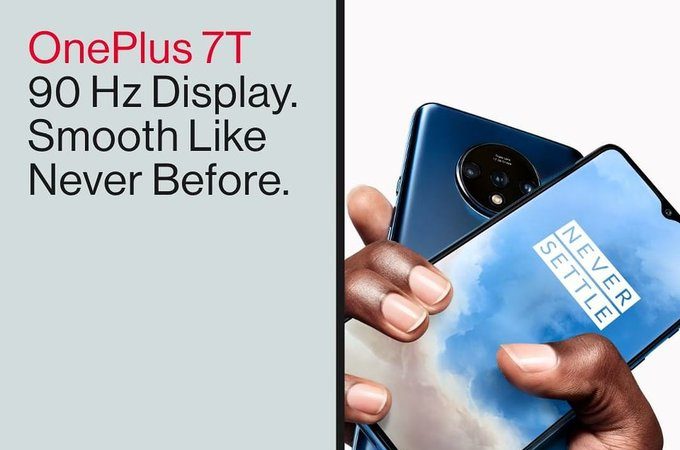 The OnePlus 7T comes with significant upgrades over the standard OnePlus 7 which was launched back in May this year. In terms of improvements, the OnePlus 7T is kitted with an upgraded SoC, features 90Hz refresh rate display, mounts triple cameras on the rear, and comes with a slight bump in the battery.

Apart from that, the OnePlus 7T is taller than the OnePlus 7. Most importantly, it is the first phone in the Indian market with the latest Android 10. The smartphone has matte frosted finish at the back.

The handset will be available in two color options such as Glacier Blue and Frosted Black. The OnePlus 7T is priced at INR37,999 for the 8GB RAM+128GB storage model while the 8GB RAM+256GB storage model is set for INR39,999. The smartphone will go on sale first on September 28 on Amazon India for the Amazon Prime customers and a day after for all the customers. 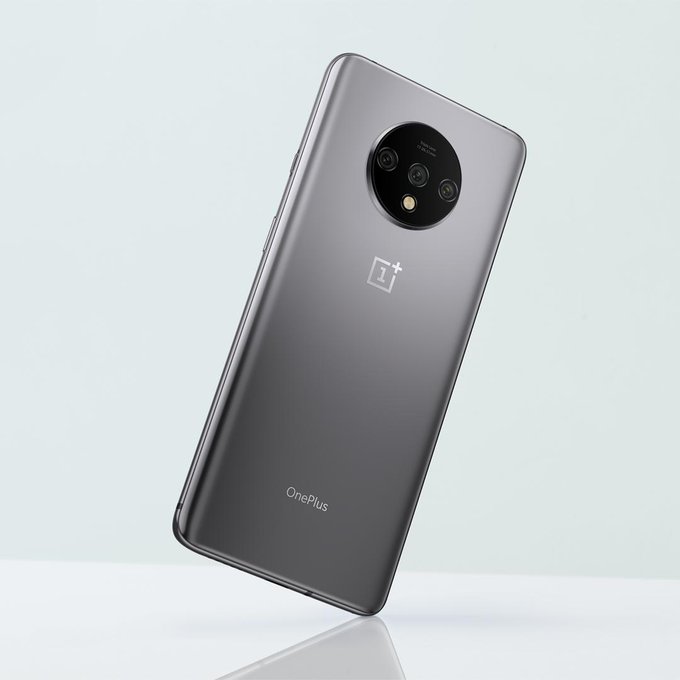 The OnePlus 7T makes use of a Qualcomm Snapdragon 855 Plus SoC which is compared to the Snapdragon 855 SoC is 15% and 4% faster in terms of GPU and CPU, respectively. The handset packs Adreno 640 GPU, 8GB RAM and 128GB/256GB internal storage based on UFS 3.0.

The rear cameras include a 48MP Sony IMX586 sensor, 12MP telephoto sensor with 2x optical zoom, and a 16MP ultra-wide-angle sensor with 117-degree field of view. The front keeps the 16MP selfie shooter upfront enclosed inside the notch. The rear camera supports 4K video recording at 60 fps while the front camera can capture full HD+ videos at 30 fps.

The OnePlus 7T runs Oxygen OS based on Android 10. A 3,800mAh battery supported with Warp Charge 30T keeps the phone juiced up. Amongst other things, the smartphone supports 4G VoLTE, Wi-Fi, Bluetooth 5.0, GPS, NFC, and USB Type-C port. Similar to its predecessor, there is no 3.5mm audio jack on the OnePlus 7T.