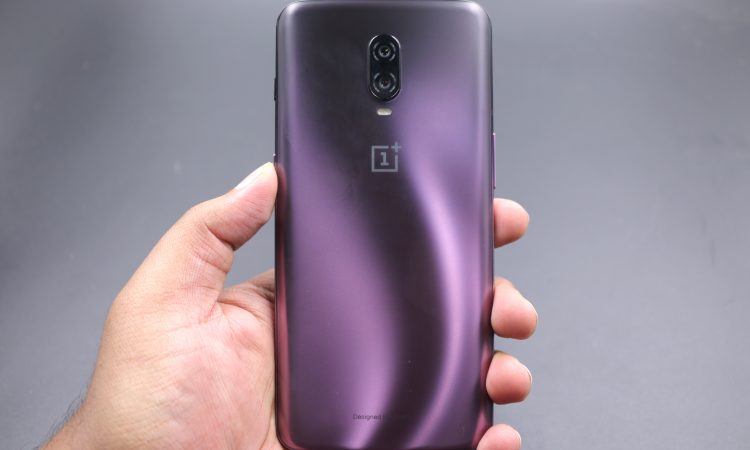 It was with the launch of the OnePlus 3T when the company started launching new smartphones in a Turbo version of an already existing flagship. Since then, the T series of smartphones from OnePlus have been the ones that introduce some very interesting design and technology choices. The same stands true for the OnePlus 6T that comes with features such as a waterdrop notch and an in-display optical fingerprint sensor.

The company has still used the same Snapdragon 845 processor in the OnePlus 6T that we saw on the OnePlus 6 but a lot of things have changed and let us see how the flagship killer stands up in real-world usage and if it is worth the price that you have to pay for.

The OnePlus 6T follows a similar design language that the OnePlus 6 carries but it does have some significant changes. First of all, on the front, you will see a 6.41-inch display that is protected by a Corning Gorilla Glass 6. The display has a tall aspect ratio of 19.5:9 and the display has a waterdrop notch that houses the front-camera. The in-display fingerprint sensor is also hidden under the display which makes the back much more cleaner. 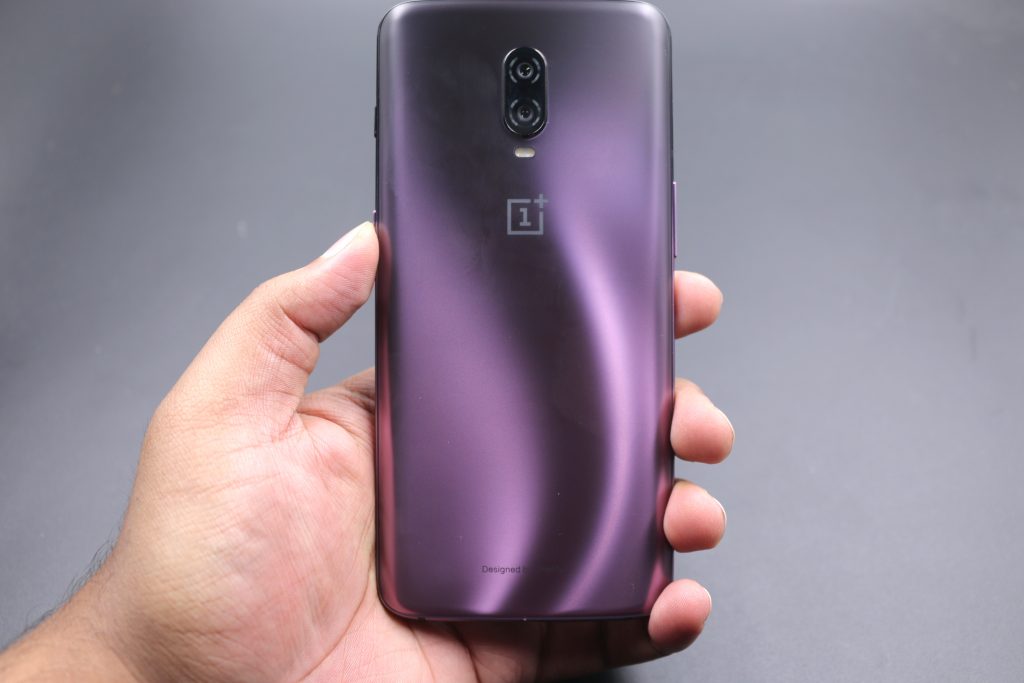 Talking about the back of the phone, you still get a dual camera setup on the back but the fingerprint sensor isn’t there anymore and instead of the sensor, you will find a OnePlus logo. The back is otherwise clean looking. Coming to the bottom, the main thing that is visible here are the grills for the speaker and the USB Type-C port and yes, the 3.5mm jack isn’t there anymore. 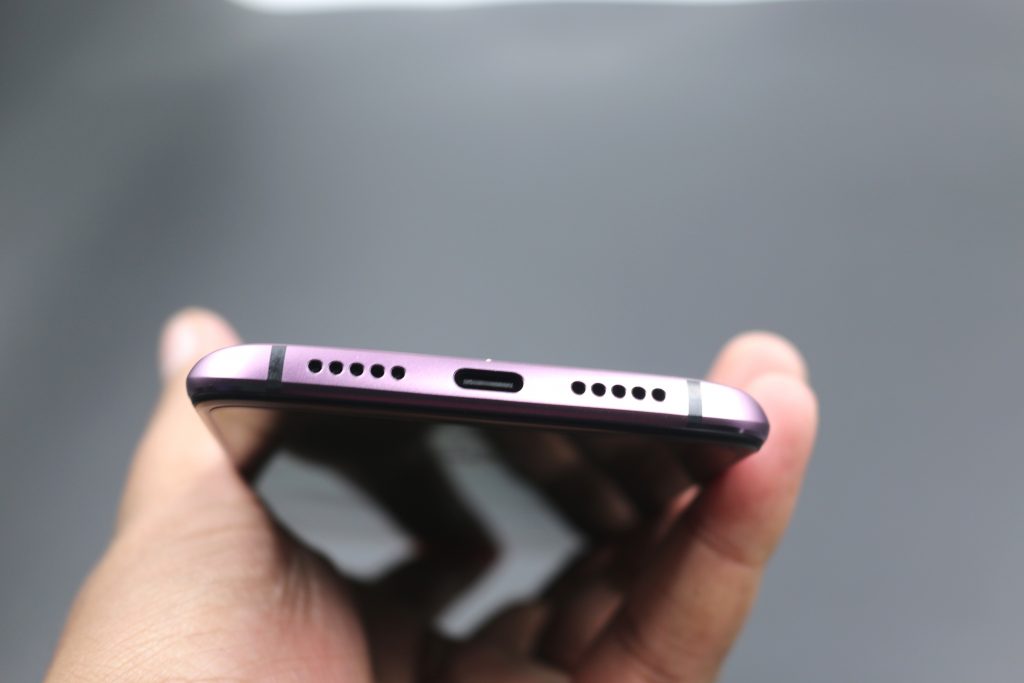 The top of the phone just has a noise cancellation microphone while the left side of the phone is where the SIM tray is located. Turning the phone to the right will reveal the power/lock, and unlock button along with the volume rocker. The OnePlus profile switching slider is also present on the right.

As mentioned above, the OnePlus 6T has a 6.41-inch Optic AMOLED display with a full HD resolution of 1080 x 2340 pixels. The screen to body ratio on the phone is around 85.6% which is quite OK if not great for a flagship phone. The pixel density comes out to be near 402 ppi and the screen’s brightness can go up to 625 nits and the display also covers the DCI-P3 color gamut. 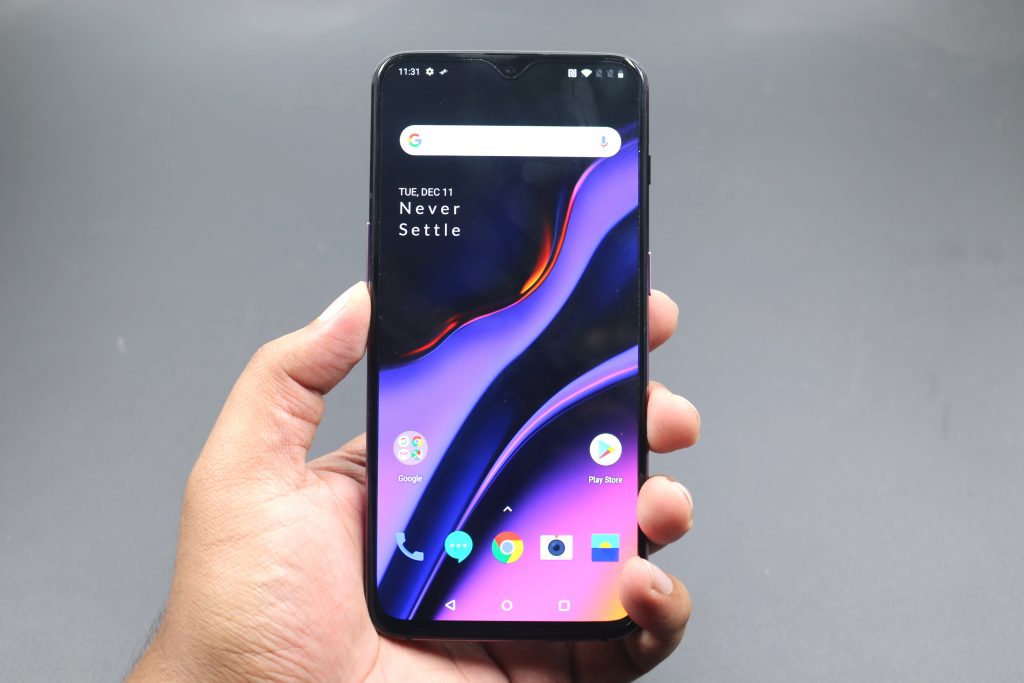 The screen can play HDR content from YouTube but other services like Netflix and Prime Video don’t stream HDR content to the phone. The display is also not HDR10 compliant since the brightness can just go up to 625 nits and doesn’t meet the 1000 nits requirement.

OnePlus phones have been known to improve on their cameras with every new phone that is released. The same is the case with OnePlus 6T. There are no major differences between the photos taken on OnePlus 6 and the 6T but yes, there are a few differences in the selfies.

At the back, you have the dual camera setup with the primary sensor being a 16 MP unit that has an aperture of f/1.7. The lens is 25mm wide angle lens and you also get OIS and PDAF in this primary camera unit. Coming to the secondary camera, you have a 20 MP sensor with the same aperture of f/1.7 but this sensor isn’t loaded with OIS and you just get PDAF. These dual camera sensors will be used to capture portrait mode shots. 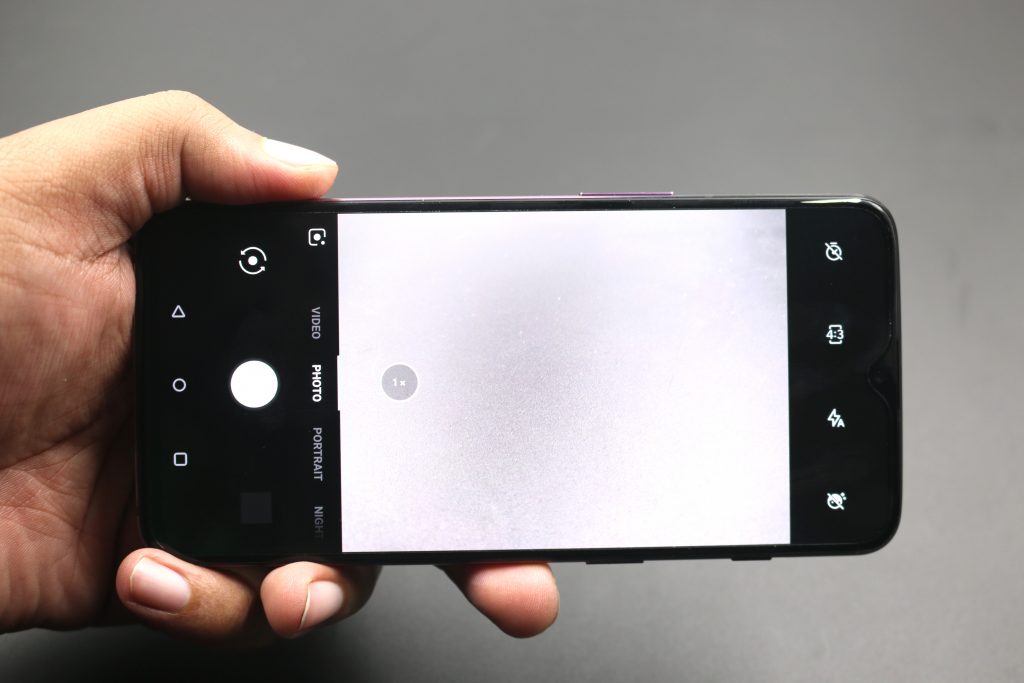 In the front, you have a 16 MP selfie camera with an aperture of f/2.0 and it features gyro-EIS which is electronic image stabilization with the help of a gyroscopic sensor. This works well but isn’t comparable with an OIS setup.

Photos taken from the selfie camera came out to be good and even the low light performance was good enough. The back camera takes advantage of the amazing Camera app that is loaded on the phone and it can shell out some great daylight, portrait, and low-light photos. Overall, the camera performance is really good.

The phone comes with a flagship Snapdragon 845 chipset which is the current top of the line chipset from Qualcomm. The phone comes in 6GB and 8GB RAM variants with storage options starting at 128GB and going up to 256GB. The hardware is amazing and the phone runs blazing fast.

You can expect the performance of the phone to be excellent no matter how many or whatever kind of apps or games you run on it. This is because the chipset has a lot of RAM resource to work with and also the fact that OnePlus is using a very lightly skinned version of Android on their flagship. 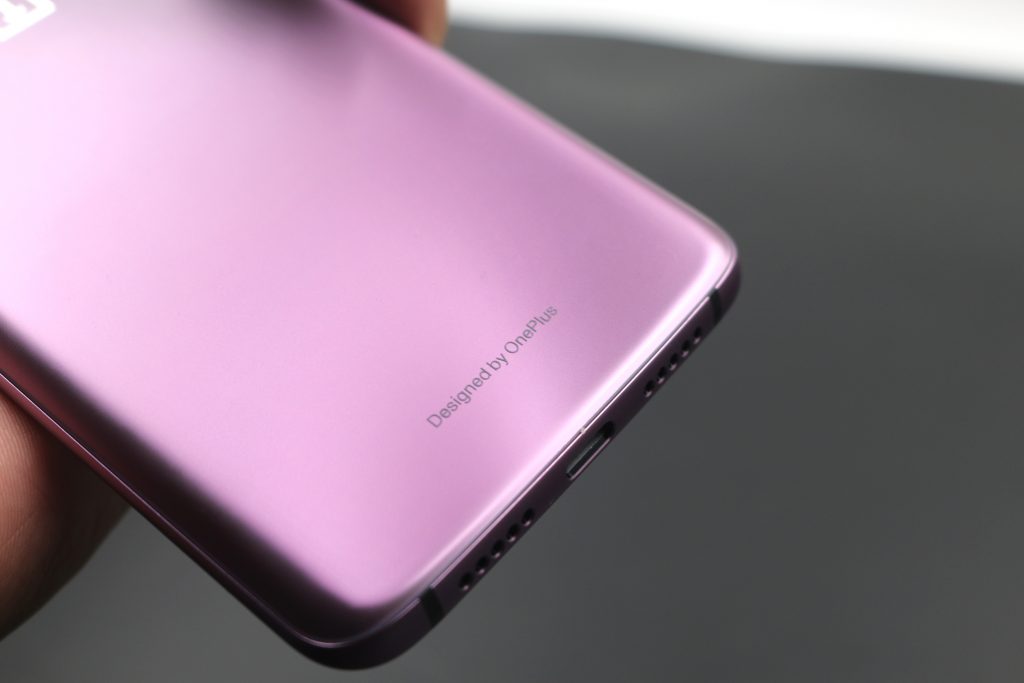 Coming to the battery life, the phone comes with a Lithium Polymer battery of 3700mAh which is about 400mAh more than what the company offered with OnePlus 6. The battery life is amazing on the phone and you can easily charge it in the morning and spend a whole day of medium to high usage with the battery juice still remaining on the phone. To add to that, OnePlus’s Fast Charge technology (Dash Charging) can charge the phone pretty fast. 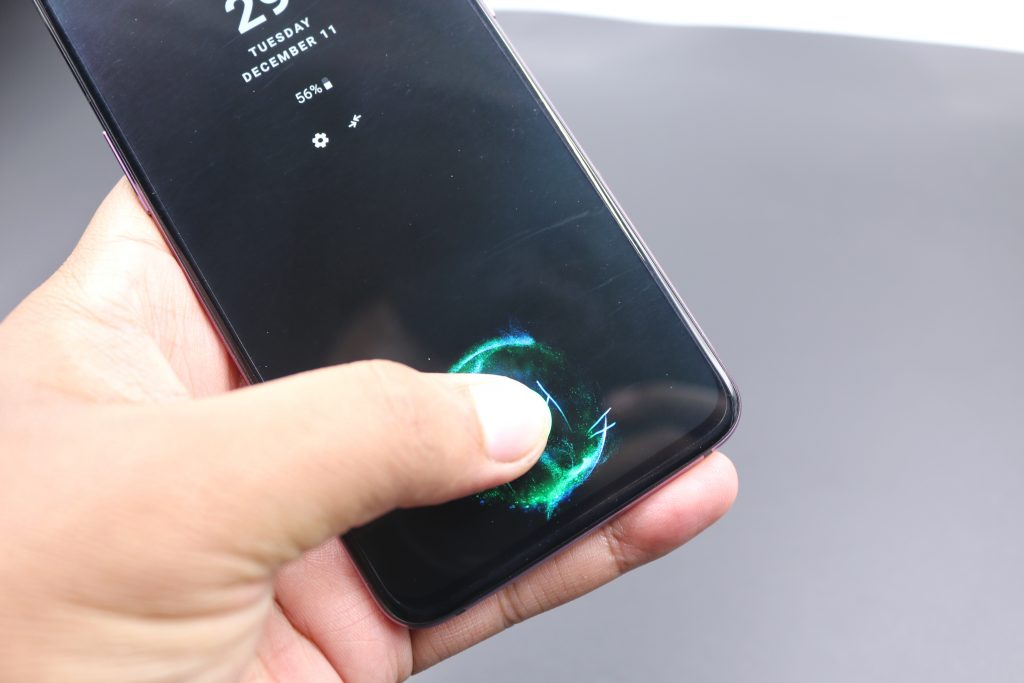 Ever since OnePlus launched their first phone, the OnePlus One, the company has focused on the UI and UX that they provide to their users. It is amazing that OnePlus as a Chinese brand has two main operating systems for their phones and globally, the phones run on Oxygen OS which is a very lightly skinned version of Android.

On the OnePlus 6T, you will find Oxygen OS 9 out of the box which has Android 9 Pie at its core. The UI has a lot of customization options and you can choose which icons you want to show on your status bar. You can also activate the dark skin and choose accent colors.

Other software-based features include a screenshot method that can take scrolling screenshots and more. The software experience on OnePlus 6T is uniquely clean and to the point and Oxygen OS is flexible enough to make anyone, no matter which OS or ecosystem they are coming from, comfortable.

The phone is available in India for 37,999 INR which makes it an affordable flagship smartphone when compared to brands like Samsung, Apple or Google. You can definitely buy this product if you need a flagship smartphone with a good display, great performance and an impressive set of cameras.