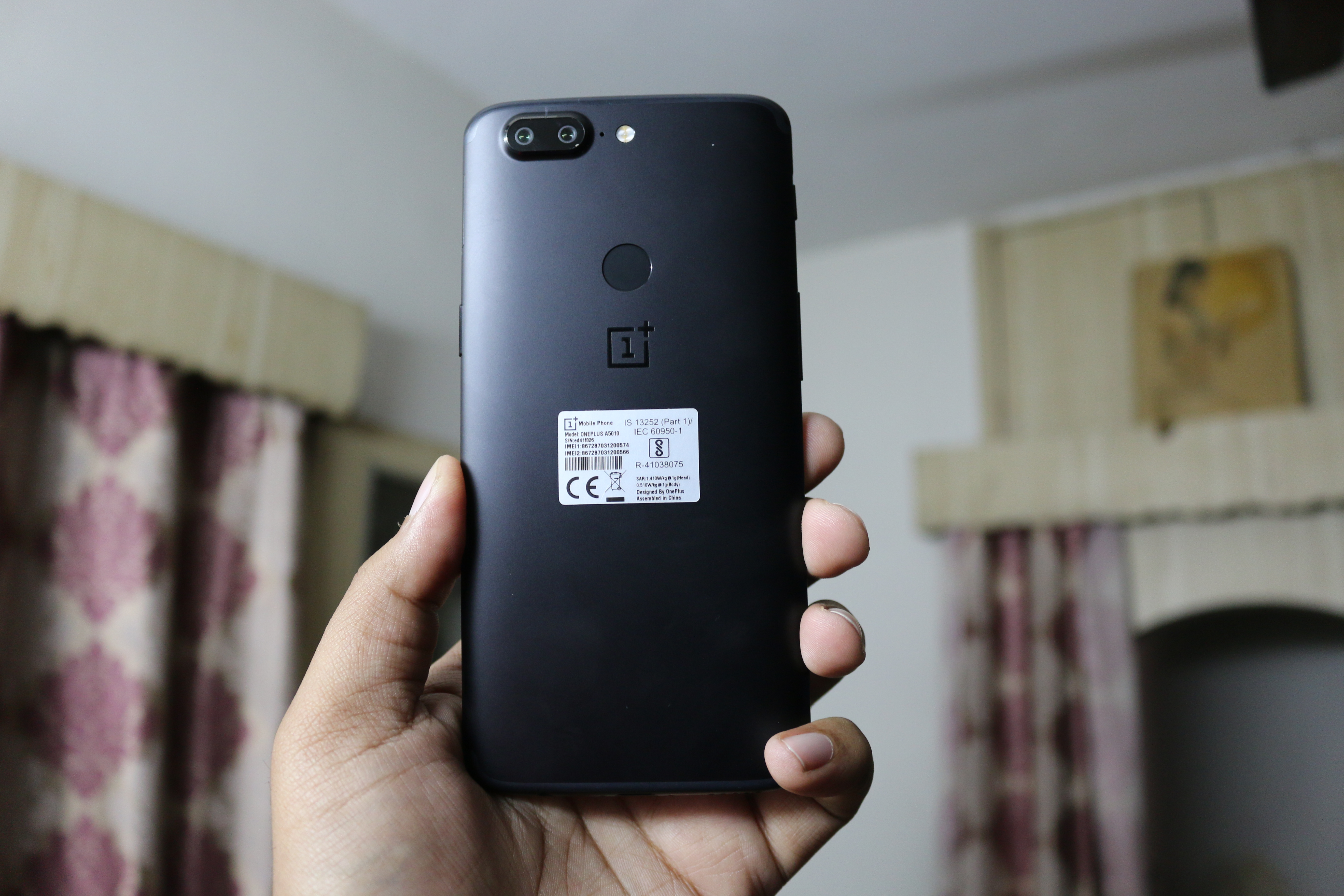 OnePlus 5 was a very well received smartphone, and certainly one of the best that we saw this year. To keep the ball rolling and to keep the 5 relevant for a few more months, OnePlus is out with a mid-cycle hardware upgrade, the 5T, that further refines the premium mid-range experience and justifies the Never Settle tagline a wee bit more.

But exactly how big of a difference does the OnePlus 5T make over the OnePlus 5? We will try and answer that and more OnePlus 5T related questions in the following review.

The OnePlus 5T largely owes its existence to the 6-inch 18:9 display full-view display. Compared to its predecessor, the phone packs a bigger and more immersive (read: narrow bezels) display in an almost similar size body. 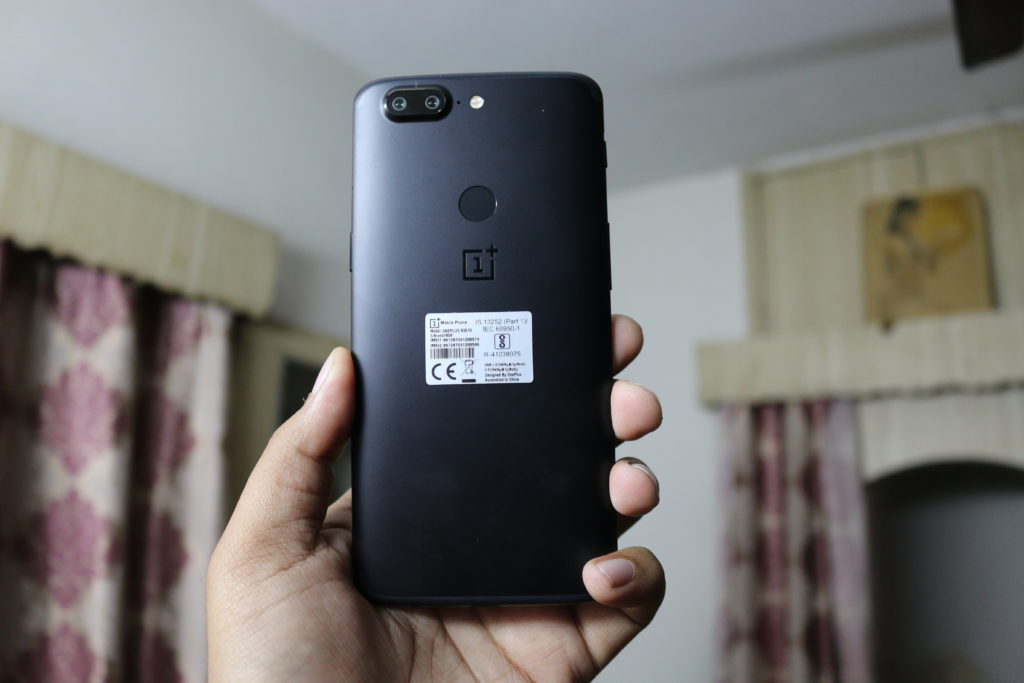 To accommodate the change, the fingerprint sensor had to be shifted to the rear, right where your index finger would naturally rest. The phone is made of Aluminum and is extremely solid and well built. The metal bordering the camera bump is slightly raised, thus smoothening the transition. The fingerprint reader has a ceramic glass layer on it.

The phone is extremely slim and easy to operate. All buttons and ports are easily accessible, except for the alert slider, which lies close to the top left corner. Overall, the OnePlus 5T is a premium and ergonomic phone designed right.

The 6-inch display has full HD resolution. Apart from the upgraded dimensions, even the quality of the AMOLED panel that OnePlus is using has noticeably improved. The colors are sharp, the contrast is high, blacks are deep and viewing angles are wide. It’s a very good display for enjoying multimedia content.

The color temperature adjusts based on the app you are using and the software has several color profile presets (we love the accurate sRGB and DCI-P3), a reading mode and an effective blue light filter.

Apart from the display, the camera hardware is another area that has significantly changed. OnePlus now has the same f/1.7 lens on both camera sensors. There is no telephoto lens on the second sensor and thus no optical zoom.

The use of same lens on both sensors has helped OnePlus improve the portrait mode and the (extreme) low light performance. The camera performance has improved, most probably due to the improved software algorithms. 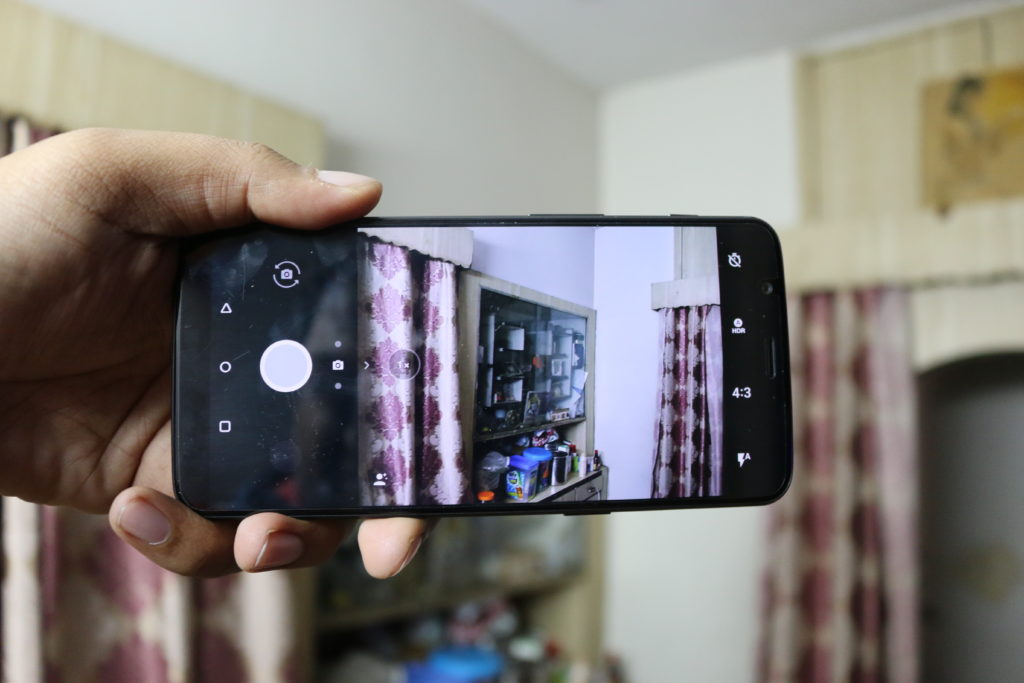 The OnePlus 5T can shoot great images outdoors and the lowlight performance is above average too. The camera performance still falls slightly short of the tier-1 flagships like Samsung Galaxy Note 8 and Pixel 2, but that’s an acceptable compromise for the price.

The performance is one of the strong OnePlus fortes. The handset comes in 6GB and 8GB RAM options paired with 64GB and 128GB storage, respectively. This is a superfast phone and everything flies by.We didn’t fae any issues when it comes to heavy multitasking or running high-end games.

The Oxygen OS running on the handset is light and functional. It adds numerous useful features without being overwhelming and all the while staying true to the idea of stock Android. OnePlus will roll out Android Oreo update soon which will add a few more features including support for dual apps. 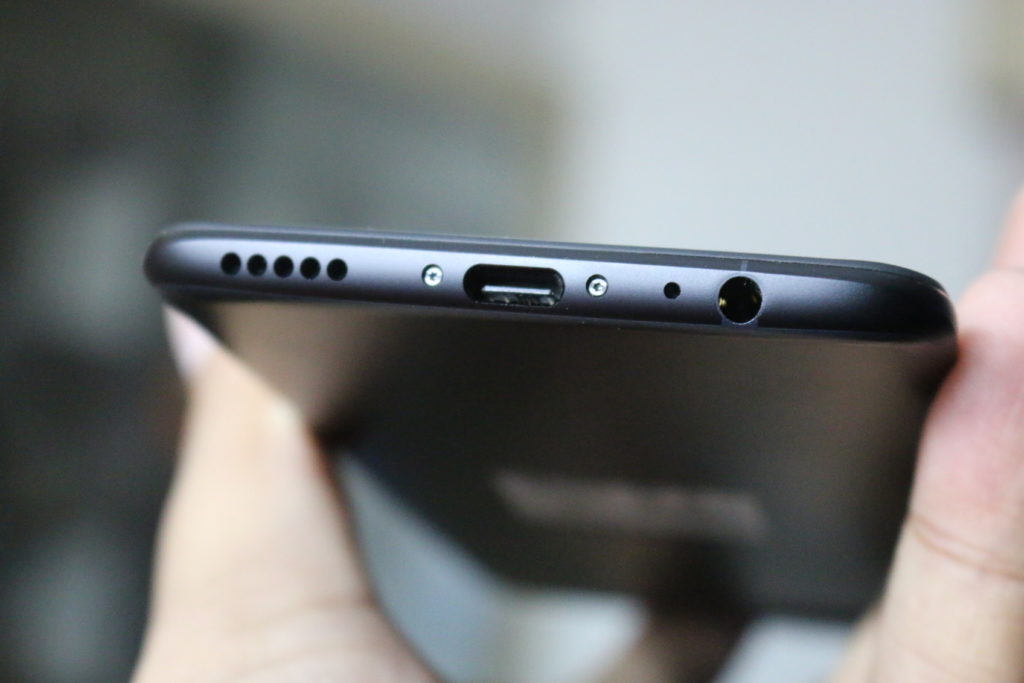 Both the fingerprint sensor and face unlock work extremely fast. 4G VoLTE is supported on both SIM cards and we didn’t encounter any connectivity issue on the handset. The audio output via loudspeakers is very good. Audio output via headphones is above average too.

The 3300mAh battery on the phone can easily last for a day and a half. Even on particularly heavy-usage days, we could still make it to bedtime with 20 to 30 percent juice remaining. Besides, the Dash Charging ensures that you can top up the battery really fast.

The two variants of OnePlus cost Rs. 32,999 and Rs. 37,999, which is exactly same as the OnePlus 5. It’s an easy recommendation in its class, especially the base 6GB RAM variant. The camera could have been slightly better but other than that, OnePlus is second to none in any other aspect. It is clearly one of the best Android smartphone available in the market. 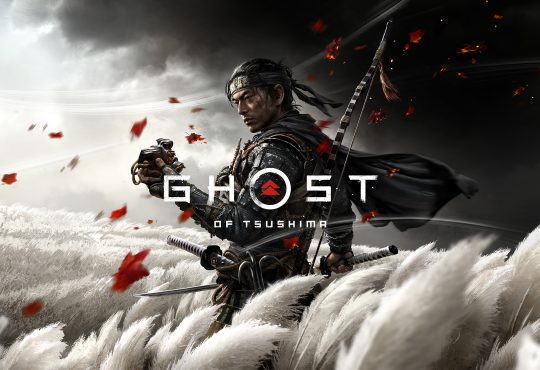