Nokia 9 PureView with Penta-rear-camera setup and Snapdragon 845 SoC launched in India for 49,990 INR 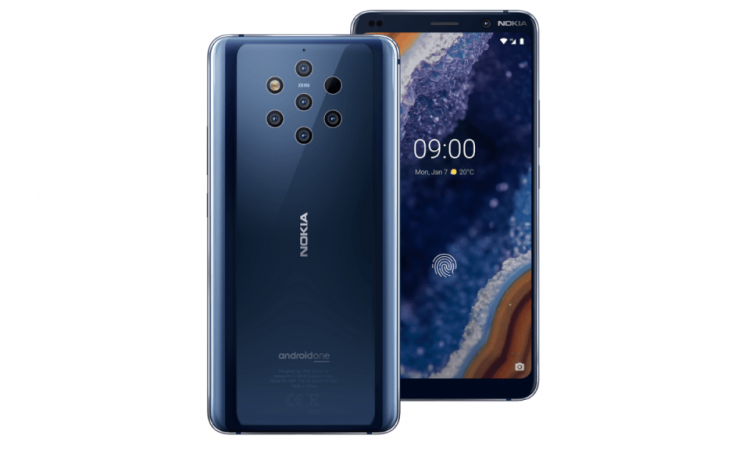 Though after much delay, HMD Global has finally launched its 2019 flagship, the Nokia 9 PureView in the Indian market. The handset was first unveiled at MWC 2019 back in the month of February and since already been launched in several markets, including the US and UK.

The Nokia 9 Pure view is powered by the Snapdragon 845 SoC, but the chief selling point of the device is its Penta-rear-camera setup, obviously a first for any smartphone till date. The phone comes with a premium glass design and flaunts a 2K pOLED display.

The Nokia 9 PureView is priced at INR49,990 and will be available to purchase on Flipkart and Nokia website from today onwards. However, the offline availability will only be ensured from July 17. The smartphone is launched in Midnight Blue paint job only.

In terms of specifications, the Nokia 9 PureView features a 5.99-inch pOLED display with QHD+ resolution, HDR10 support, Gorilla Glass 5 protection, but with dated 18:9 aspect ratio. There is no notch up front and the bezels are symmetrical both on top and bottom. 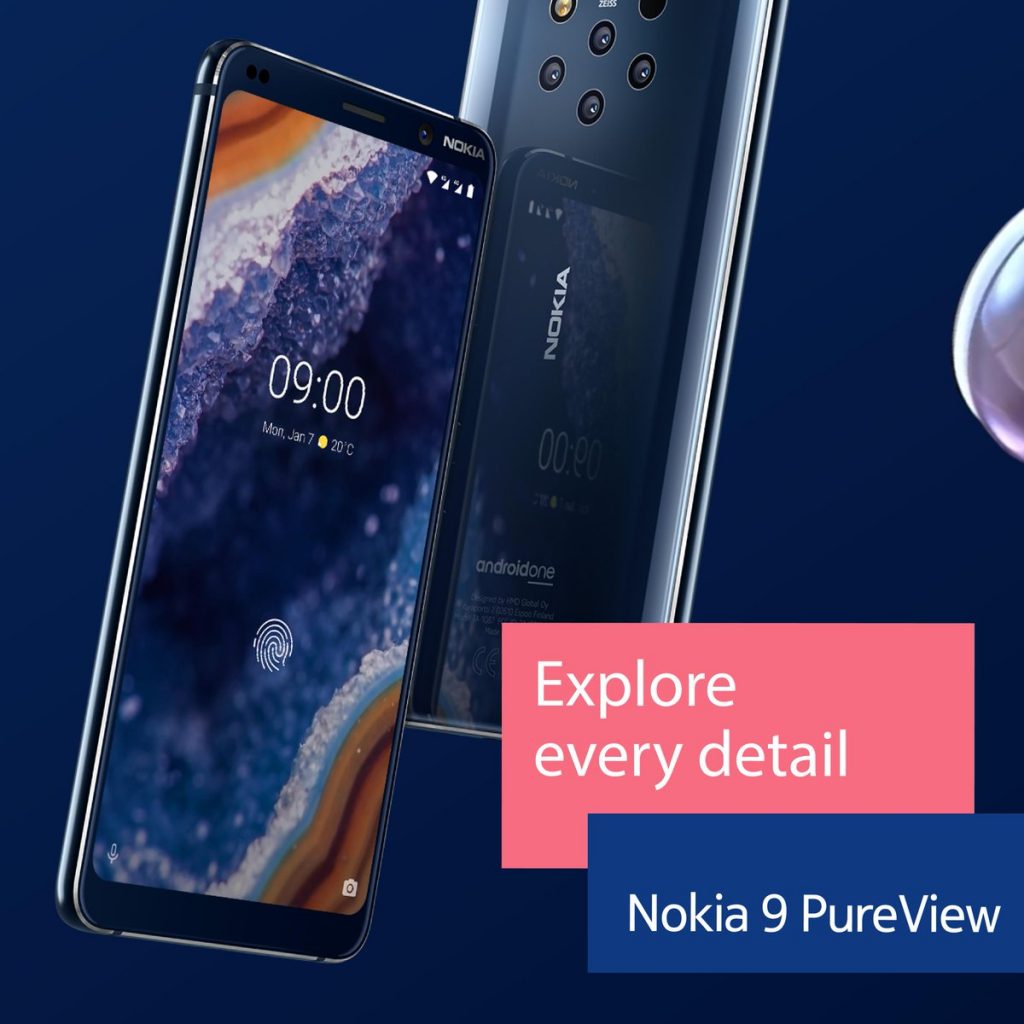 Pumping power from under the hood is a Qualcomm Snapdragon 845 SoC that is fully optimized to handle the camera workload. The handset packs 6GB RAM and 128GB internal storage.

Coming to the most salient aspect of the Nokia 9 PureView, the device mounts Zeiss-branded five cameras at the back, set up in a circular layout. The setup includes 3 monochrome and 2 RGB sensors of 12MP resolution each with f/1.82 apertures and PDAF.

During taking an image each of the cameras kicks in to take simultaneous photos and later fuses all of them together to give the best output image. The phone is preloaded with Adobe Lightroom and Google Photo to offer post-snapping editing. The front is fitted with a 20MP shooter for selfie and video calling purposes.

Like any other recent Nokia phones, the Nokia 9 PureView runs no-frills stock Android which is Android 9 Pie out-of-the-box. A 3,320mAh battery with 18W fast charging support as well as Qi-based wireless charging keeps the handset ticking.

The bio-metrics is taken care of by an in-display fingerprint sensor alongside a face unlock feature for the same purpose. The phone is IP67 certified, making it water and dust resistant. The traditional 3.5mm audio jack has, however,made way for a USB Type-C port.

As part of launch offers, the buyers from Nokia website will get a gift card of INR5,000 and Nokia 705 earbuds worth of INR9,999 free of cost for a limited period. The earbuds offer is also applicable on purchases from offline retails.