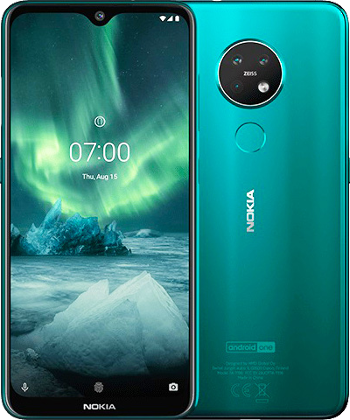 HMD Global unpacked a bunch of phones catering to the entry-level as well as the mid-range segment at IFA 2019 in Berlin, Germany earlier this month. And leading the pack was the Nokia 7.2 smartphone serving up Zeiss-branded 48MP triple rear camera, water-drop notch design, and a Snapdragon 660 SoC.

The Nokia 7.2 as the name suggests is the successor to the Nokia 7.1 which launched last year. During the unveiling at IFA 2019, HMD announced that the Nokia 7.2 will hit the European market first in September before it moves to any other markets. But earlier than expected the smartphone has quietly been launched in India today.

The Nokia 7.2 comes in two variants such as 4GB RAM+64G storage and 6GB RAM+64GB storage priced at INR18,599 and INR19,599, respectively. The smartphone will be available to purchase via Nokia.com, Flipkart, and all the major retail outlets in India beginning September 23. As for the colorways, it will be available in Charcoal and Cyan Green shades. 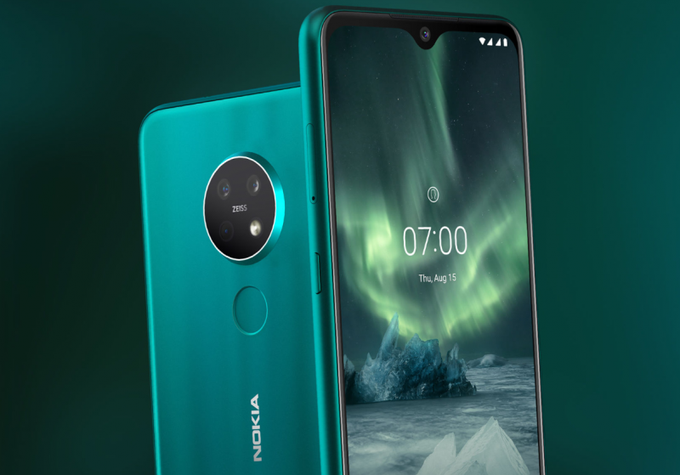 The main draw of the Nokia 7,2 is the triple-rear-camera module with Zeiss optics. The triple rear cameras positioned in a circular layout include a primary 48MP sensor with f/1.79 aperture coupled with an 8MP wide-angle sensor with f/2.2 aperture and a 5MP depth sensor. The water-drop notch on the front packs a 20MP selfie shooter which is also armed with Zeiss optics.

The Nokia 7.2 is powered by an octa-core Snapdragon 660 SoC which is made by 14nm FinFET process. The SoC may sound slightly underwhelming considering the competition but a lightweight Android One software keeps it snappy in performance for normal everyday usage.

While the global variant of the Nokia 7.2 comes with up to 128GB built-in storage, the Indian version leaves out that 128GB storage option and is available in single 64GB storage model paired with 4GB RAM or 6GB RAM. The storage, however, can be expanded up to 512GB via microSD card that thankfully makes use of a dedicated card slot.

The smartphone features a 6.3-inch FHD+ PureDisplay screen with HDR support. There is a fingerprint scanner placed on the back. The smartphone comes with Gorilla Glass 3 protection on both front and back with an aluminum frame in the middle. The handset weighs 180 grams and measures 159.88×75.11×8.25mm in dimension.

Amongst other things, the Nokia 7.2 features a durable 3,500mAh battery, 4G VoLTE, GPS, Bluetooth 5.0, and USB Type-C port. The phone misses out on the traditional 3.5mm headphone jack. The Nokia 7.2 will square off against the likes of the Motorola One Vision, the Realme X & XT, the Samsung Galaxy M40, and others.