Nokia 6.2 and Nokia 7.2 launched with triple-rear cameras and 3,500mAh battery 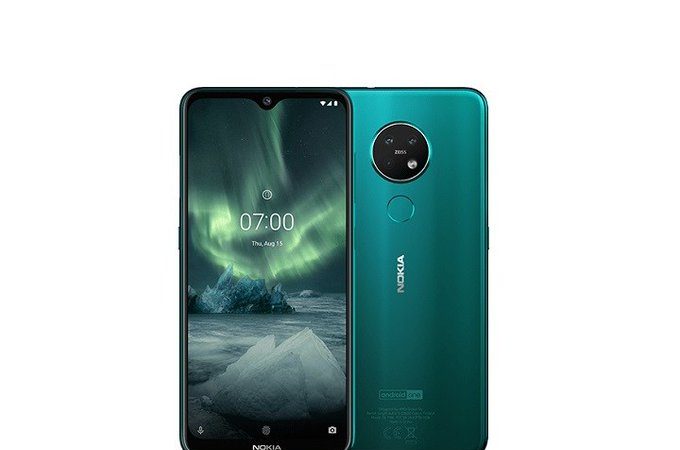 HMD Global has a well spread of Nokia handsets covering all the spaces- from the flagship to entry-level. However, it is the mid-range segment where it is good at. And now further contributing to this tier, HMD has launched two new smartphones, the Nokia 6.2 and Nokia 7.2 on the sidelines of the IFA 2019 taking place in Berlin, Germany.

The Nokia 6.2 and Nokia 7.2 are the successors with upgrades to the last year’s Nokia 6.1 and Nokia 7.1. In term of design and base specifications both the new phones appear to be similar in more than one ways.

The Nokia 6.2 and Nokia 7.2 both come with a 6.3-inch HDR display with a water-drop notch, Android 9 Pie under Android One program, a fingerprint scanner on the back, a 3.5m headphone jack, and a dedicated Google Assistant button.

Both the devices are also backed by a 3,500mAh battery with USB Type-C port charging support and mount triple cameras on the back in a circular layout though with different lenses

At a lower price, the Nokia 6.2 packs a Qualcomm Snapdragon 636 SoC coupled with 3GB/4GB RAM and 32GB/64GB internal storage with up to 512GB expandability support via microSD card.

The cameras on the back include a 16MP primary sensor with f/1.8 aperture, a 5MP depth sensor, and an 8MP wide-angle sensor with f/2.2 aperture. An 8MP selfie shooter with f/2.0 further peeps out of the notch on the front.

The Nokia 7.2 for being slightly pricier comes with a better Snapdragon 660 SoC on board paired with 4GB/6GB RAM and 64GB/128GB built-in storage with expandability support up to 512GB via microSD card.

The back of the Nokia 7.2 sports Zeiss branded triple cameras with advanced optics. The rear-camera-setup comes with a 48MP primary sensor with f/1.7 aperture alongside an 8MP ultra-wide-angle sensor and a 5MP depth sensor. The front camera is significantly bumped up as a 32MP selfie shooter with f/2.0 aperture sits inside the water-drop notch.

As of now, there is no info available concerning the availability of the devices in the Indian market but given the record of the company the Nokia 6.2 and 7.2 could see the daylight quite soon in the country.