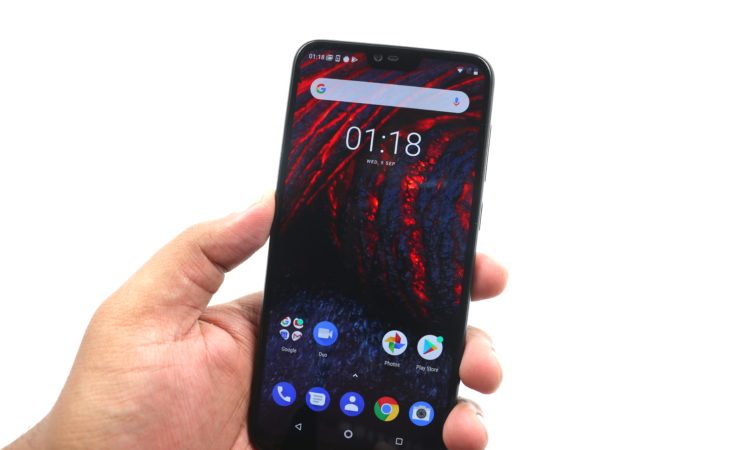 HMD Global hasn’t really left a mark on the smartphone industry since their relaunch of Nokia but the company has launched a bunch of great smartphones across the world in 2018 that have the potential of being great sellers and performers. The Nokia 6.1 Plus was launched in China back in May as the Nokia X6. The smartphone comes with a 19:9 display and runs on Android 8.1 Oreo. It is an Android One smartphone priced at Rs. 15,999 and it competes with other phones like the Redmi Note 5 Pro, Mi A2, Max Pro M1 and more.

In this review of the Nokia 6.1 Plus, we will take a look at how the smartphone fairs out in real life usage. 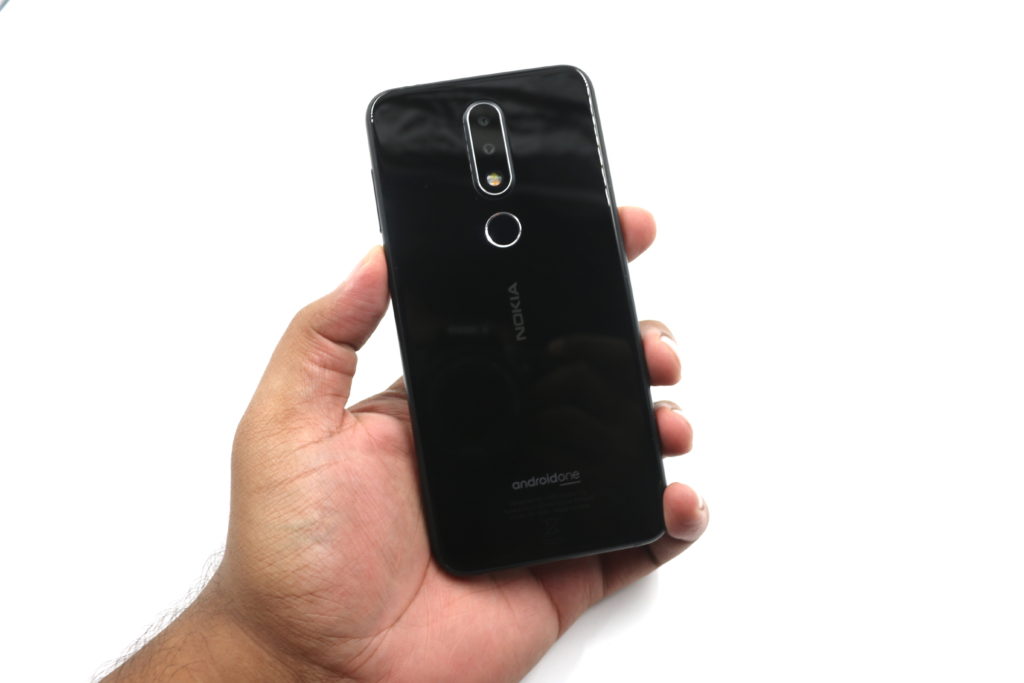 The Nokia 6.1 Plus is a beautiful smartphone that comes with a notch display. The display on the front is a 5.8-inch IPS panel and it has a resolution of 1080 x 2280 pixels. This converts to a pixel density of about 432 pixels per inch. The display takes up about 82% of the screen-to-body ratio and the display is protected by Corning Gorilla Glass 3.

Turning the phone around will reveal the dual camera set up along with a fingerprint sensor and another vertically placed Nokia branding. The phone comes with a glass back which gives this device a premium look and feel. 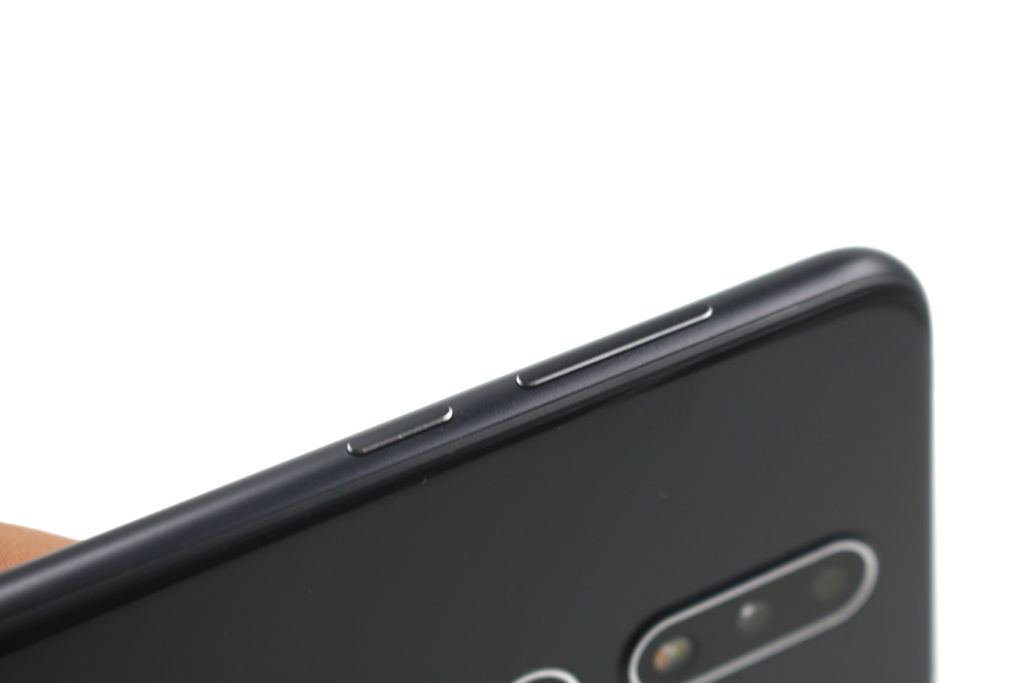 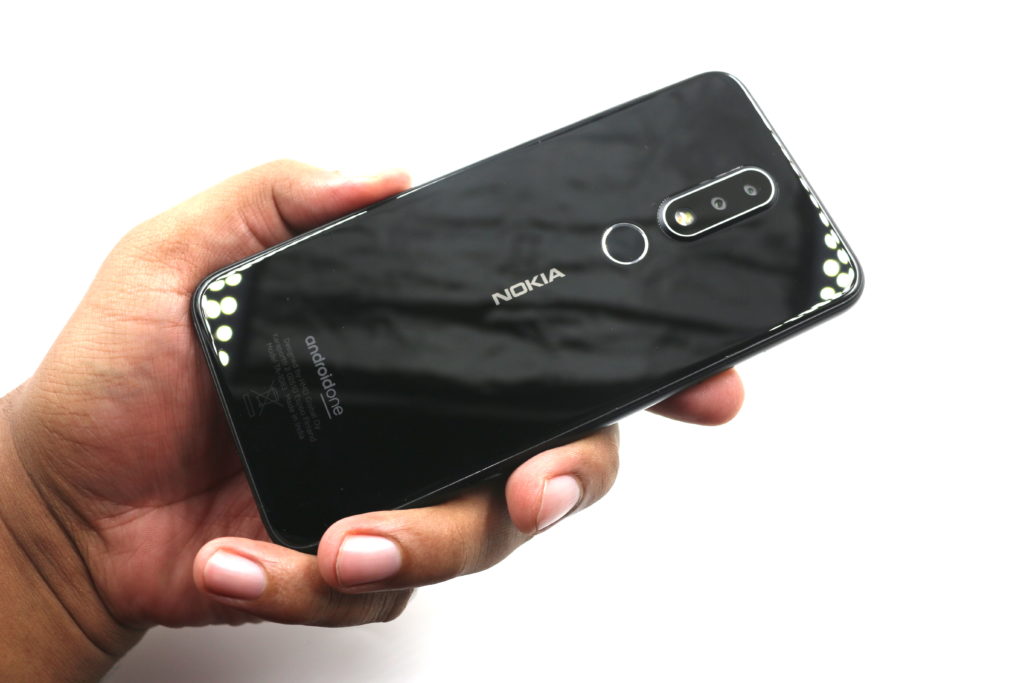 The phone has an aluminum frame which makes the phone very sturdy and the phone feels amazing in the hands. Overall, under 20,000 INR it is definitely one of the most premium looking smartphones in the market.

The phone has a 5.8-inch full HD+ display with a resolution of 1080 x 2280 pixels. It has a tall 19:9 aspect ratio and as mentioned, the screen to body ratio on the phone is about 82%. Talking about the notch, it isn’t huge and it houses the earpiece and the front camera along with a few sensors. 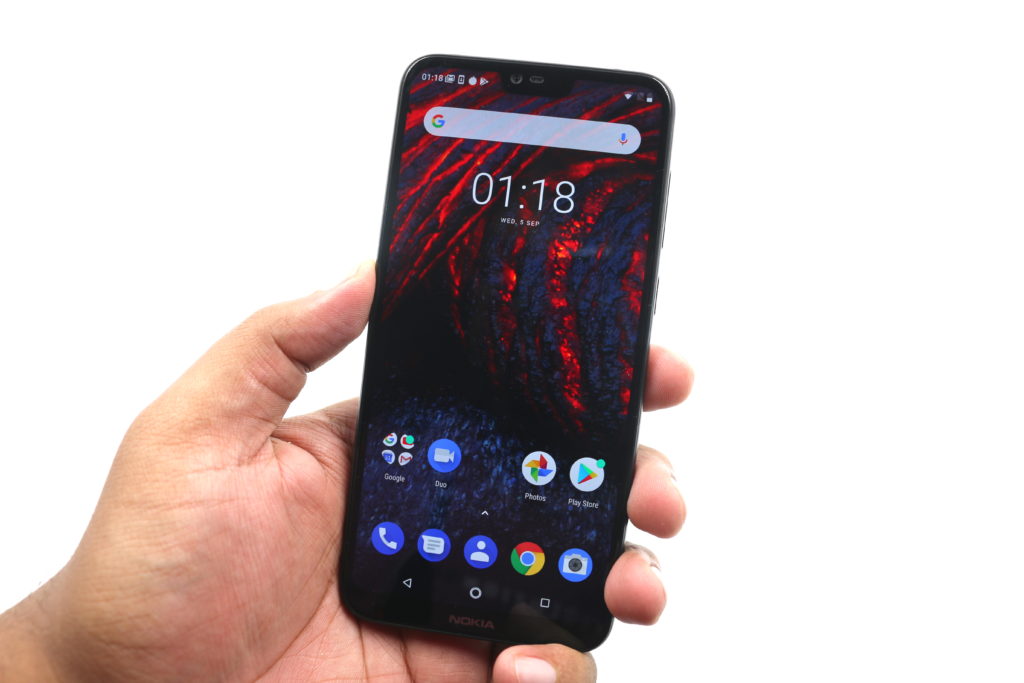 Since this is an IPS LCD panel, the colors are produced quite nicely but the blacks do have a slight white tint to them. The display can get bright and the backlight can also go down significantly depending on the adaptive brightness.

Watching movies, videos or consuming any kind of video content on the phone isn’t an issue and the videos played on YouTube can be pinched and filled to the whole screen which is amazing. We really liked the display of Nokia 6.1 Plus. 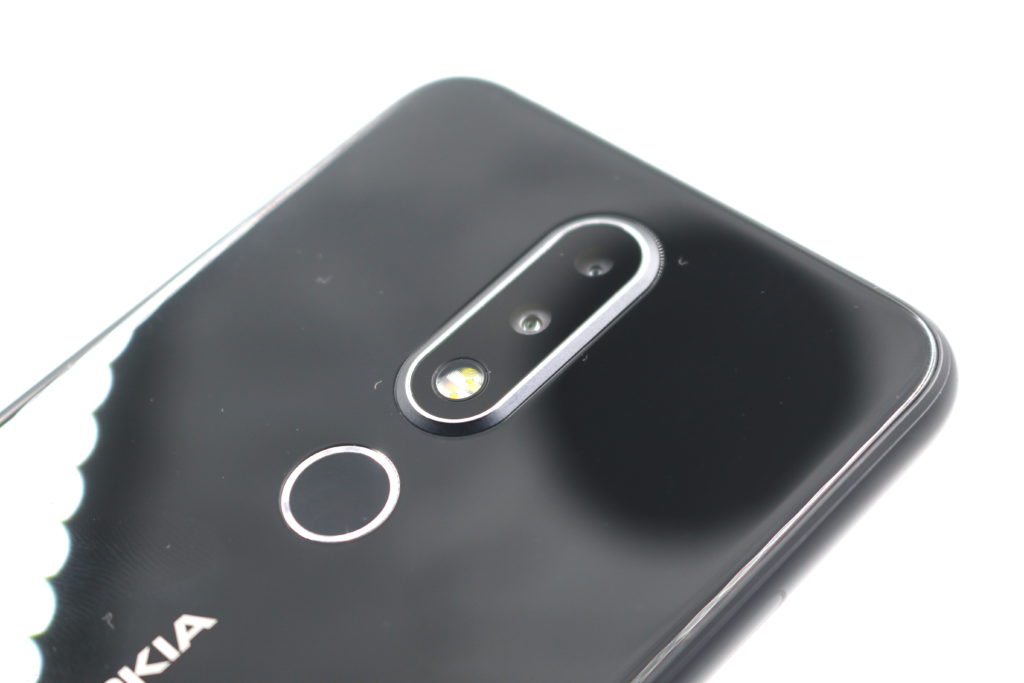 The camera performs well when you use it in the daytime with natural light but the performance of the camera isn’t the best in this price segment.  The portrait mode photos on the Nokia 6.1 Plus is available for both rear as well as the front camera so you can take portrait photos even in selfie mode. The portrait mode performance is decent and it does detect the edges accurately. 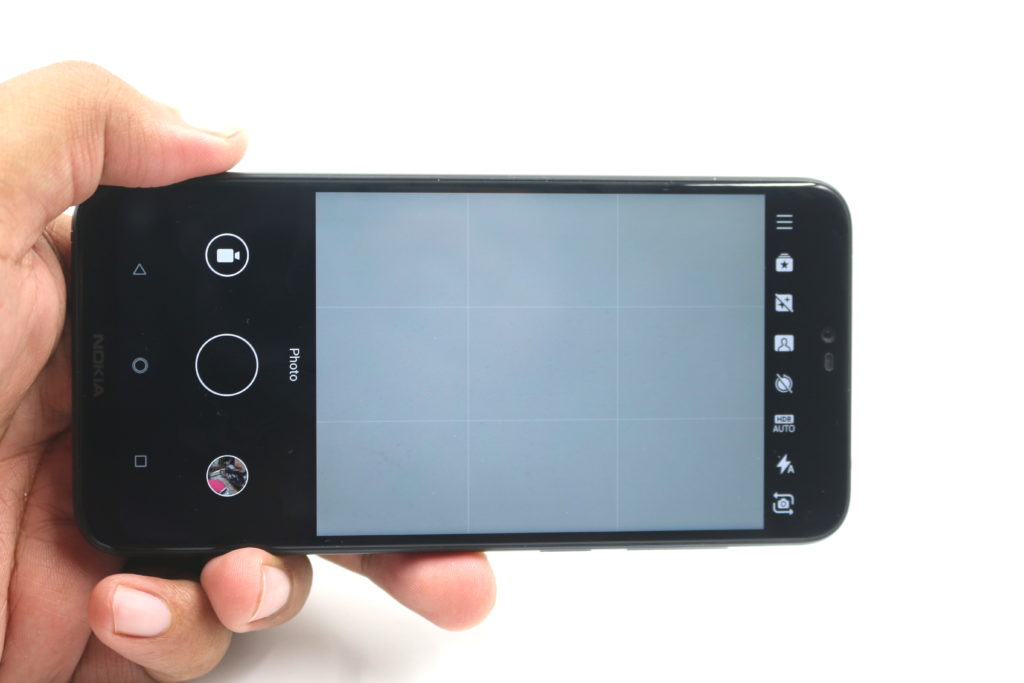 Coming to low light photos, the results are average and the photos that were taken in low light on the Nokia 6.1 Plus have some noise and focusing also becomes an issue. Talking about the videos, the phone can capture 4K videos and it uses EIS for stabilizing the videos and the results were quite decent when the video was shot in daylight.

Coming to the hardware, the phone has an Octa-core 1.8 GHz (Kryo 260) Snapdragon 636 processor with 4GB RAM and 64GB storage. The Snapdragon 636 has been a choice for other smartphones like the Zenfone Max Pro M1 and Redmi Note 5 Pro. The graphics on the phone are handled by the Adreno 509 GPU.

The processor is good enough for day to day use and it can handle everyday apps and loads easily while providing good battery life. The phone scored 116,242 in AnTuTu and 34fps on the GFXBench benchmark. The phone performs well and the 4GB RAM is enough thanks to the stock Android that is provided with the phone. The device can even handle gaming without any issues.

Coming to the battery life, the phone has a 3060mAh battery which supports fast charging. The battery size could have been better but the phone provides great battery life no matter what you use the smartphone for. The smartphone charges from 10% to 100% in just 1 hour 40 minutes thanks to the fast charge support and the phone provides a screen on time of around 4 hours while it is being used for normal apps like WhatsApp, Instagram, web browsing and more.

The Nokia 6.1 Plus is an Android One device which currently runs on Android 8.1 Oreo. The phone will be updated to Android 9 Pie and the next major update for Android that will be released by Google. The phone is bloatware free and thanks to the stock Android, the phone performs extremely well. The camera app on the phone is Nokia’s very own creation and it comes with an Animoji like feature – Nomoji. Nomoji basically provides you a dragon that can emulate your facial expressions. 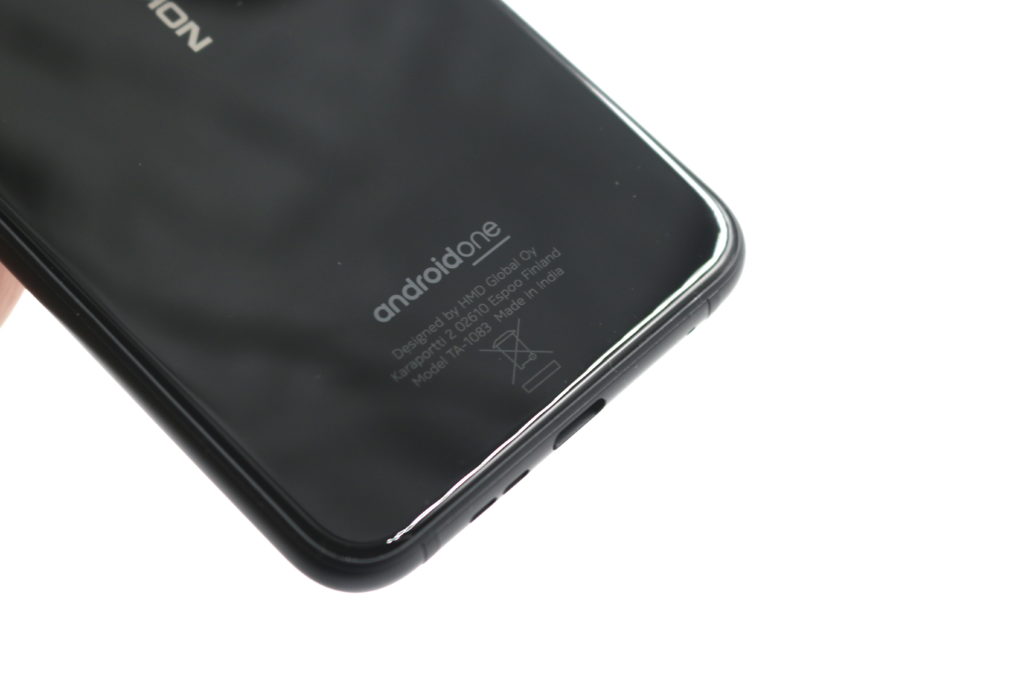 Coming to the updates, the phone will be given security updates every month and two major releases of Android like any other Android One phone out there.

The Nokia 6.1 Plus is a great smartphone which is also priced decently at Rs. 15,999. The phone performs extremely well but falls slightly short in camera performance. The build quality is amazing and it does feel like a Nokia when you hold it in your hand. The notch makes it possible for the phone to have a good amount of screen to body ratio and a better, more immersive experience while you’re gaming or watching content on the phone.