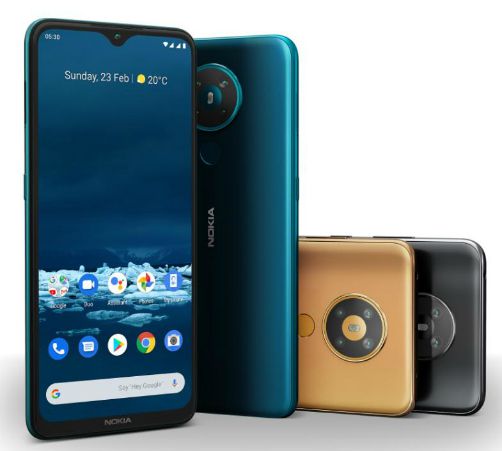 On schedule, the HMD Global has launched the Nokia 5.3 and Nokia C3 in the Indian market today. The Nokia C3 is the lower-rung in terms of specs compared to the Nokia 5.3. However, both smartphones come with a stock Android experience.

Besides the Nokia 5.3 and C3, HMD Global has also launched two feature phones in the Indian market, dubbed as the Nokia 125 and Nokia 150.

The Nokia 5.3 features quad rear cameras consisting of a 13MP primary sensor, a 5MP ultra-wide sensor, and a 2MP depth sensor a macro sensor. Inside the water-drop, there is an 8MP selfie camera. A 4,000mAh battery keeps the lights on.

The phone has a fingerprint scanner at the back. On the software front, it runs Android 10 with two years OS updates promise. The phone also supports a USB Type-C port and a headphone jack. The Nokia 5.3 also comes with a Google Assistant button. 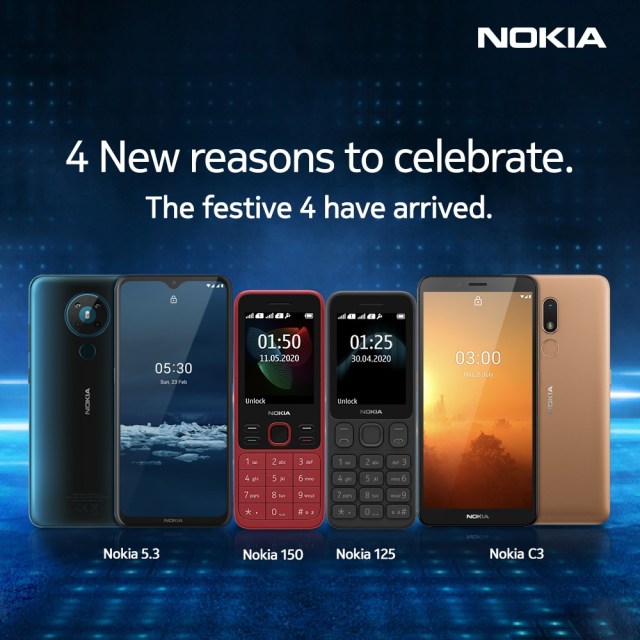 The Nokia 5.3 will be available in Cyan, Sand, and Charcoal color options from September 1.

Next up, the Nokia C3 features a 5.99-inch HD+ no notch or punch-hole display. The device is fueled by an octa-core Unisoc SC9863A SoC paired with up to 3GB RAM and up to 32GB default storage, which can be further expanded up to 128GB via microSD card.

It comes with a single camera module sporting an 8MP sensor at the back and a 5MP selfie shooter on the front. A 3,000mAh battery keeps the juice flowing into the phone while it runs Android 10. There is a fingerprint scanner at the back.

The smartphone will be available in Cyan and Sand color options, starting September 17.

The Nokia 125 and Nokia 150, the affordable feature phones, come with 2.4-inch QVGA screen, a MediaTek chipset, 4MB RAM and ROM, a 1,020mAh battery, a 3.5mm headphone jack, and a wireless FM radio receiver. Both run on the Series 30+ platform.

Unlike the Nokia 125 which doesn’t have a camera, the Nokia 150 comes with a VGA camera. The latter is also equipped with 32GB microSD card support.

From today onwards both the feature phones are available via all the retail channels across the country.