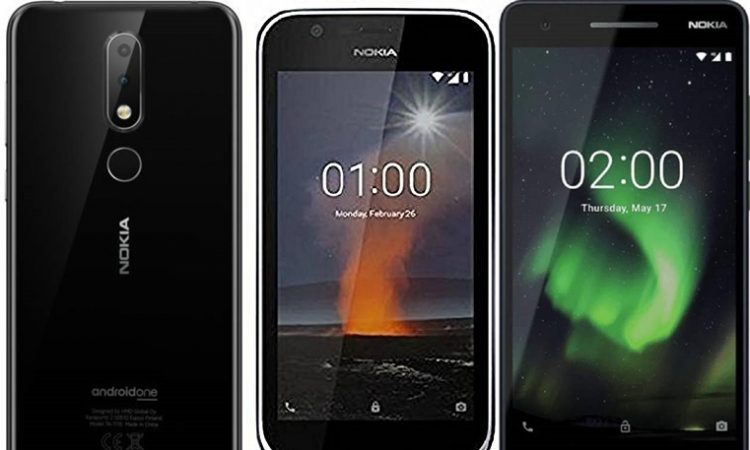 HMD Global, the rights owner for developing and selling the Nokia-branded phones, has now slashed the prices of three of its popular phones currently available in the Indian market. The price cut ranging from INR1,000 to INR1,500 applies to the Nokia 1, Nokia 2.1, and Nokia 6.1 Plus.

Following the price cut, the Nokia 6.1 Plus will now be available for INR16,999, albeit for only the 6GB RAM+64GB storage variant that launched just in February this year with a price tag of INR18,499.

Sweetening the pot further, the Nokia 6.1 Plus 6GB model is offered with 15 percent cash back on HDFC cards and EMI transactions through Pinelabs. The cashback offer is, however, applicable between April 5 and April 20. 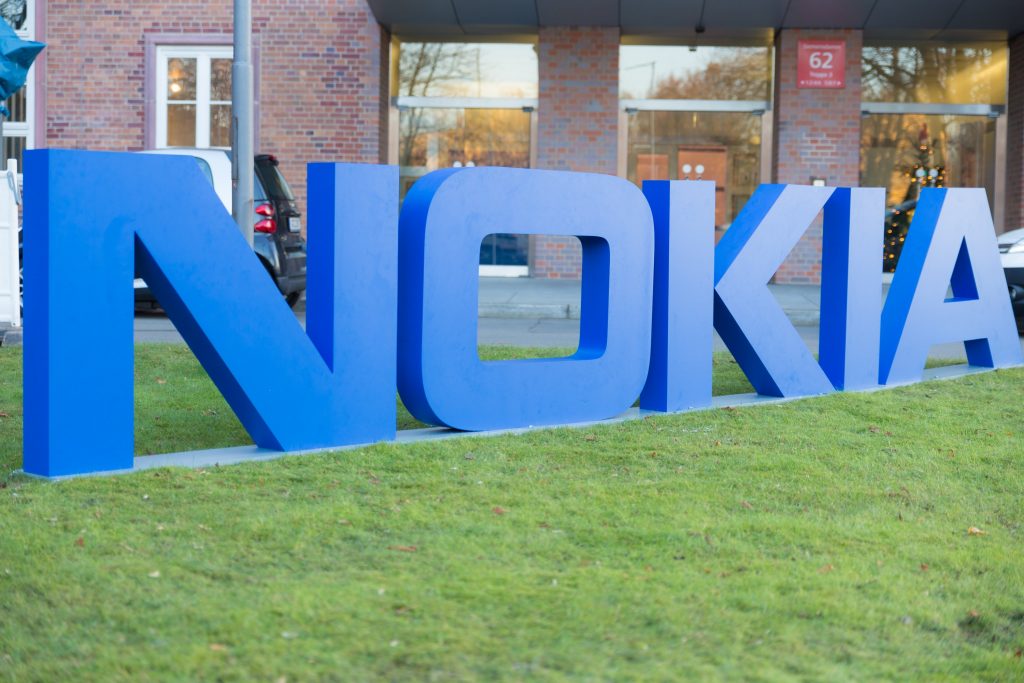 Interestingly, the Nokia 1 has now become the most affordable Android Go smartphone in India making it difficult for the two other costlier phones on Android Go platform, the Redmi Go and Samsung Galaxy J2 core.

Let’s now take a quick recap of the specifications of all the three handsets. Starting with the Nokia 1, it offers a 4.5-inch IPS display with 480×854 resolution. Powered by 1.1GHz quad-core MediaTek MT6737 SoC it integrates 1GB RAM and 8GB default storage with expansion up to 128GB. The Nokia 1 mounts a 5MP rear camera and a 2MP selfie camera. It runs Android Oreo (Go Edition) and is backed by a 2,150mAh battery. 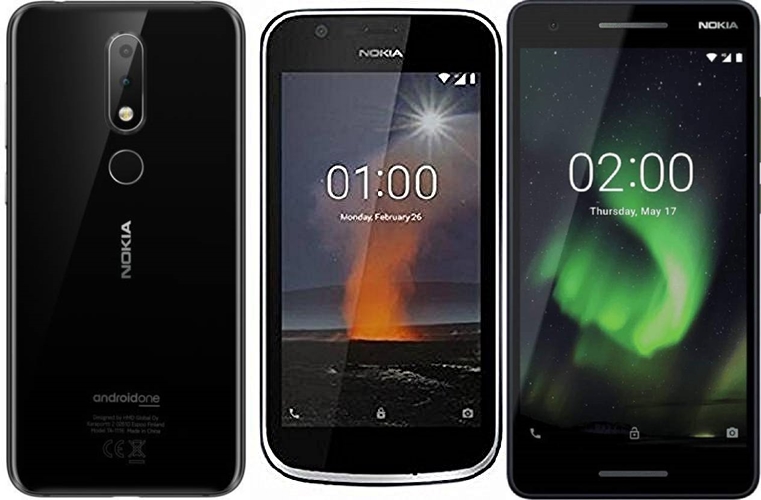 On the other hand, the Nokia 2.1 features a 5.5-inch 720×1280 HD display and Qualcomm Snapdragon 425 SoC coupled with 1GB RAM and 8GB internal storage expandable up to 128GB via microSD card. An 8MP and a 5MP camera round off the camera configuration from rear to front. The smartphone runs the same Android Ore (Go Edition) flavor but is ticked by a bigger 4,000mAh battery.

The discounted Nokia 6.1 Plus which is also the more premium model flaunts a 5.8-inch 1080×2280 full HD+ display. A more powerful Qualcomm Snapdragon 636 octa-core SoC, on the inside, runs the show in tandem with 6GB RAM and 64GB default storage with expandability support up to 400GB.

For the optics, the Nokia 6.1 Plus tacks on a dual-rear camera setup, which includes a 16MP primary sensor and a 5MP monochrome sensor. Up front, there is a single 16MP sensor intended for selfie and video chatting purposes. It runs stock Android 8.1 Oreo while, for the juice, it depends on a 3,060mAh battery.