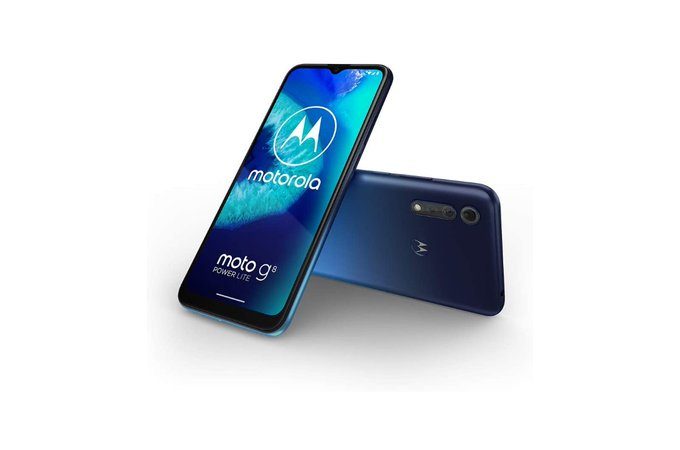 To note, before making it to India the phone was launched in the global market in early April this year. The Moto G8 Power Lite’s USP is its massive 5,000mAh battery alongside a MediaTek Helio P35 SoC and triple-rear camera setup.

The Moto G8 Power Lite launched in a single variant with 4GB RAM and 64GB internal storage configuration priced at INR8,999. The device will go on sale exclusively on Flipkart starting May 29 with Axis Bank Credit card holders getting 5% discount on their purchase. For the colorways, the Moto G8 Power Lite will be available in Arctic Blue and Royal Blue options.

Before we talk about the specifications, let’s be clear that the Moto G8 Power Lite is a scaled-down version of the mid-ranger Moto G8 Power almost in every respect including the processor, camera, display as well as the fast charging. That said, the Moto G8 Power is yet to see the daylight in India. 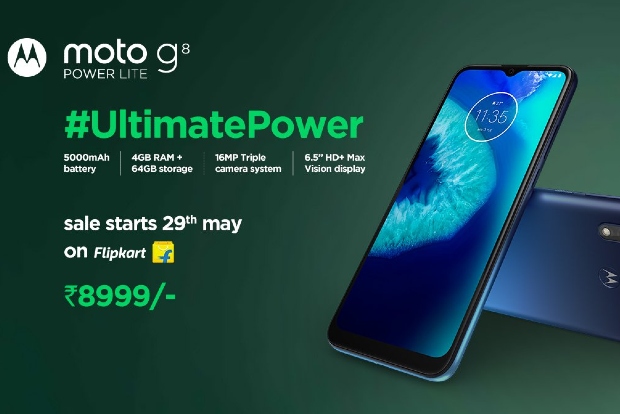 Coming back to the Moto G8 Power Lite, it has a plastic frame and the back. The front packs a 6.5-inch HD+ (720×1,600) LCD notched display which boasts of a 20:9 aspect ratio and 209ppi pixel density. No mention of Gorilla Glass protection.

Under the hood, a MediaTek Helio P35 octa-core SoC pumps power in alliance with PowerVR GE8320 GPU, 4GB RAM, and 64GB internal storage which can be expanded further up to 256GB via microSD card. On the software front, the smartphone runs Android 9 Pie with Motorola’s all but stock skin laid on top.

As said earlier, the most salient aspect of the Moto G8 Power Lite is its battery which is rated at whopping 5,000mAh. A 10W charger is bundled inside which is, of course, not on the faster side. At this price, you won’t get a USB Type-C port or stereo speaker either. The fingerprint scanner sits on the rear. The phone is at best splash resistant.